STATUS: @Otakuforreal , I'm sorry to hear that. I was going to mark "Like" but that didn't feel right. Just want to say I'm sorry and hope things go better for you. 8 mos ago 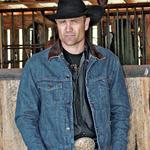 8 mos ago
Current @Otakuforreal , I'm sorry to hear that. I was going to mark "Like" but that didn't feel right. Just want to say I'm sorry and hope things go better for you.
1 like
3 yrs ago
What's the last thing to go through a bug's mind as it hits a windshield? ... Its butt!
4 likes
3 yrs ago
I have told all of my current partners, but just in case I miss anybody, I will be out of town from June 8th to June 16th. I won't be able to post until Monday, June 17th. Be nice, everybody.
3 likes
3 yrs ago
Anybody got a smoke?
3 yrs ago
And another thing...oh.... ooooohhhhh. How ya doin'?
1 like

I'm pretty new here, but I'm having a great time poking around and meeting new people.

I came to the site looking for D&D like free form games. I'm staying because of the 1 x 1 games. Part of the fun in RP is also getting to know my partners. I enjoy some OOC chat with the games too.

I play MXF games. I play the M. If you have an idea you would like to pitch or to just say 'hello' feel free to shoot me a PM.

In (D&D 5E) The Tyranny of Dragons, Part 1; Hoard of the Dragon Queen → 3 yrs ago Forum: Tabletop Roleplay

In (D&D 5E) The Tyranny of Dragons, Part 1; Hoard of the Dragon Queen → 3 yrs ago Forum: Tabletop Roleplay
Magdar grinned like an idiot as he saw the orchard and flowers. "You see this? Sights like this are part of the reason I left the Great Halls. It's all brown and grays under the earth. But here, the blue of the sky, the colors of the fruit and flowers, green plants. It's truly amazing. Tempus knows that life is not meant to stay underground."

Magdar walked to the apple trees and looked around. "Can we buy some fruit here?" He tried to reach an apple but was just too short to reach. He wasn't about to look like a fool and jump for an apple. With a hand on his hip, he looked around on the ground hoping to spot some fruit that might have fallen from the trees. "Any fruit on the ground will rot soon, right?"

Magdar smiled as he saw four apples on the ground. He bent down to pick one up.

Sebastian breaks out of his reverie, his eyebrows lowering as he looks at Magdar. "You shouldn't be doing that. Rot or no, it's not for us to decide what to do with them."

With a heavy sigh, he dropped the apple back to the ground. He was arriving in a new town and didn't want anybody spreading tales that he couldn't be trusted. One apple wasn't worth the trouble. "If you see someplace where we could buy the food, let me know." He walked back to the road, jogging a little to catch up to everybody.

In (D&D 5E) The Tyranny of Dragons, Part 1; Hoard of the Dragon Queen → 3 yrs ago Forum: Tabletop Roleplay
Hello everybody. You all can relax, your healer and buffer is back..

I'm not sure I like calling myself the buffer, it sounds wrong.
In (D&D 5E) The Tyranny of Dragons, Part 1; Hoard of the Dragon Queen → 3 yrs ago Forum: Tabletop Roleplay
I'm going to be out town until June 17th. I might be able to check the site, but won't be able to make many, if any IC posts.

Magdar's face blushed and he said, "I will tell you what that black bastard did! Yes, I will. He attacked our camp in the middle of the freaking night when we were all too drunk to fight back. Came at us without warning he did. He killed all of my friends. If he came at us in the day light, we would have slaughtered him. But no, he came in the dark of night. My best friend, poor Roland, was just a pile of goo after that dragon spit acid on him."

The dwarf jogged forward a little to catch up to Surina. "Hey, Dragonborn. Thanks for cooking and keeping us fed. I liked what you cooked. It's the best trail food I have ever had. Thanks.

Magdar rubbed his beard. He was trying to make up his mind about something. He looked at Surina's greataxe and knew she was a warrior. Having made up his mind, he continued, "Hmm... Cookie, I've been watching you. I know you are a warrior. Maybe a soldier in an army? I see how you move and care for your weapons. You are a warrior. These others don't understand a warrior's life like we do. What do you say about sticking together once we reach Greenrest? I'm sure the two of us could find some warrior's work together."