STATUS: Rocking out to Within Temptation Pandora Station and writing my novel. 4 yrs ago

4 yrs ago
Current Rocking out to Within Temptation Pandora Station and writing my novel.
4 yrs ago
Experiencing that feeling when absolutely no game is satisfying to play and all you do is watch videos on youtube and streams on twitch -.- I feel so unproductive.
2 likes
4 yrs ago
:D
4 yrs ago
Revising the wonders of a horribly inefficient murderer with a horribly inefficient weapon.
5 yrs ago
That feeling when Fallout 4 pre-load :3 3 days!

In The Zephyr Extinct → 3 days ago Forum: Casual Roleplay
Late? No you posted precisely when you meant to. 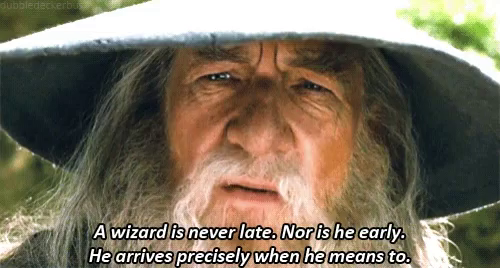 "Hey, how about a little reconnaissance, ah?" Fluke hollered, swinging his feet in the air. "Looks like Ruskali's kinda fed up with yelling at everybody right now, he might head home and he can't do that until we're done. Or else maybe he knows something he hasn't shouted to everyone in a ten-mile radius. Or help Listener with her wooden leg! Where'd Iris go?! She got eaten I bet. All ten feet of her. Whoever's backing up Cedar better get your guns out. Who's going around the other way?!"

"Y'know," Listener commented. "Fluke, you really need to step up your smack talk game. Unless you're trying to be cute. It's okay though, I'll play with good ol' Ruski. You can keep up your color commentary. You're great at it."

She was totally fine with taking jabs back at Fluke with a playful tone. She got herself into a position to intercept Ruskalii. She already had a few ideas on how to interact with the sad madman.
In The Zephyr Extinct → 15 days ago Forum: Casual Roleplay
"Wooden leg" LOL thanks for the laugh. It really helps. Been going through a rough time lately due to both of my grandparents passing away. Been hard to sleep.
In The Vanishing Kingdom → 22 days ago Forum: Casual Roleplay
Allanon's eyes locked onto the mask of the Calabris Ambassador. He had worn a mask just like it in his times as their agent. He pointed his blade towards the Ambassador with a cold glare. It was difficult to restrain himself from charging the foe in front of him. He had no idea the capabilities of this Ambassador, but he knew each and every one of them were deadly.

Malkhad was despicable to threaten to execute a harmless child. He was a powerhouse that couldn’t be underestimated though as he and Dorran clashed with him handily slaying Dorran. Suddenly, he was caught off guard by Bidzil when he sprouted a wing and moved almost faster than he could see to intercept Malkhad’s second attempt on the child’s life. The child’s life was saved for now.

The shockwave that came from Malkhad's strike against caused him to slide back, and he was rather amazed he managed to avoid getting thrown off his feet completely. He was unsure of what caused the young man to get such a power boost, and he wasn't even sure if Bidzil was still alive after that. Likely not, considering Dorran's death to the same foe, however, he took advantage of the silence from the aftermath of the strike and called out to Malkhad and the Ambassador.

”You’re so strong that you must slaughter defenceless children to assert your dominance?” Allanon’s voice was cold and hateful as he pointed his sword at Malkhad. ”Pathetic. I expect as much from a Calabris Ambassador.” He nudged his head toward the Ambassador. ”However, you fancy yourself a warrior that has inherited Krogan’s soul? I doubt that it’s at all satisfying for you to defeat the helpless and weak. Come, I, Allanon Valentis, founder of the Valentis Sword Style, ‘retired’ Ironblade of the Calabris will take you both on.”

He looked at Kistal with a fierce expression that only slightly softened with a wink only Kistal could see. ”Do what you do, friend.” He stated calmly. He took measured steps forward carefully watching his opponents’ movements. He whispered to himself a quick prayer to himself. ”Marrisa Faye, my beloved, guide my hand as I protect the defenseless and innocent.”
In The Zephyr Extinct → 30 days ago Forum: Casual Roleplay
That was a bit harder to type than I expected, and maybe not to the quality I was hoping for. I am on a massive caffeine detox, so I'm not all that focused.
In The Zephyr Extinct → 30 days ago Forum: Casual Roleplay
Listener felt impressed at just how successful her venture turned out to be. She also felt very guilty over the hurtful words exchanged as a result of it. She could see why people did not like Ruskali's ravings and "premonitions". Everyone was living a mostly peaceful life of luxury. She could also understand why Ruskali was so panicked and alert. Although, she would not have gone the route he did with expressing those concerns.

She started slipping through the crowd on the way to the alleyway. She considered the situation as she did. She knew all to well how things could go from great to horrifying all too fast. She was responsible for such an instance. If Archer was one of the non-believers, she definitely had the foresight at least to prepare in the instance she was wrong. Listener really hoped that things stayed good.

As Listener gained some distance from Ruskali, she looked back toward the defeated looking man, and she stepped out of the way to stop and take a look at the man. From what she could see, Ruskali was just a man that loved his people. Love them so much that he was willing to be ostracized. How he was housing a Nox and why was confusing for her.

I'll have a post up soon (likely within 12 hours unless my horrendously mutilated sleep cycle puts me in a coma).