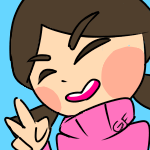 Hello! My Username is GoldenFluff!
Though you can call me Goldie!
You... Can also call me Fluff... :)

I love slice of life, fluff and angst!

I'd like to roleplay with anyone!
Please be patient with me if I screw up...

In Goddess Battle (It's fair! Don't worry!) → 2 yrs ago Forum: Arena Interest Checks
Hello!
Well, the last time I went for one of these... It wasn't finished...

So! I'm going to try again! (This is going to be my 2nd attempt at a roleplay.)
Is anyone willing to battle against a goddess?
She is just and humane, she is peaceful and also VERY fair.

The only reason she would fight, is if she, or a mortal was in danger.

Oh! and even if it would be dumb, she would reduce her power to be equal to her opponent.
But she DOES have some abilities to defend herself!

Well... they aren't offensive, they're more utilitarian. But she HAS managed to adapt them for battle!

The only way to actually subdue her, is by killing her body, and sealing her soul in a container before she reforms. That can qualify as a win for you!
In A Beginner's Fight (tex VS GoldenFluff) → 2 yrs ago Forum: Arena Roleplay
The child simply stood her ground; Listening to the man's rant.
Sensing danger, she had already placed a barrier between herself and him.

When he finished, she glanced at his face, quickly noticing the sharp fangs that were in his smile.

In A Beginner's Fight (tex VS GoldenFluff) → 2 yrs ago Forum: Arena Roleplay
The child looked at the woman, smiled and said; "That's when you say thank you."

Still smiling, she looked at the pale man.

"Is that not right sir?"
In A Beginner's Fight (tex VS GoldenFluff) → 2 yrs ago Forum: Arena Roleplay
A shriek rang out, and a sudden push was felt.

A small stumble, and a girl.

Hair as gold as the sun. Graceful movements and an extremely worried frown adorned what seemed to be a child.

The child, ignoring danger, had knelt beside the wounded woman.

"Don't panic!" she half whispered, mostly to calm herself.

In a swift motion, the child had grabbed something from the folds of her clothing. It appeared to be a small vial with a golden liquid inside.

The child glanced back at the strange man with worry still in her face; opened the vial, and poured all the contents on the woman's head.

Near instantly, the woman's horrible wounds had healed completely, not even leaving a scar where they once were.

The child helped the woman stand up.

In A Beginner's Fight (tex VS GoldenFluff) → 2 yrs ago Forum: Arena Roleplay
This is the fight between my OC: Suri, and one of tex's characters!

I'm a bit nervous but exited!

Let's Go!
In [CLOSED][FULL]1 VS 1 Practice Battle → 2 yrs ago Forum: Arena Interest Checks
Hello! I'm pretty new to this entire RP thing.
Buuuut would like to do a small battle with my main OC VS anyone!

If anyone would like to spar, send this noobie a message ok?

But of course, you would not want to join if I don't tell you guys what I'm looking for!

First, I'm new at role playing... So new, that I have NEVER done it!
So if I do something weird or out of place, please tell me.

Second, My OC is from my childhood, so she may be too... much? That goes with the first point, please tell me if anything seems unfair. I'll understand. :)

Image to be added...

Image to be added...

Suri has not been in any roleplays yet.
In Fluff's Character Gallery → 3 yrs ago Forum: Character Sheets
Don't post here peeps!

God/Goddess - There are currently no living male gods.

Character - A person that does not originate from Dreamside.

Dreamlander - A person that does not have their own thoughts.
Sadly there's prejudice against them...

Sounds interesting :3 reminded me of the online mmorpg game Tera xD ever played before? Basically it’s about two gods that shaped a fantasy land where players get to interact inside. There are bad gods as well and they are the villains our heroes need to defeat. Here’s a link to the lore: link