STATUS: I'd say your worst side's your best side. 5 yrs ago 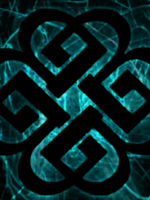 5 yrs ago
Current I'd say your worst side's your best side.
2 likes
5 yrs ago
You like to think that you're the best part of me but I confess, there is nothing left of you here.
5 yrs ago
I serve it up in a shot so suck it down like a man.
5 yrs ago
But no matter how many fish in the sea, it'd be so empty without me.
5 yrs ago
There's another world inside of me that you may never see.

"Why is it that everyone I come across has to want to kill me? First Kol, then that undead boxer guy, now you too?..."

His incessant chattering was obnoxious and more than Kallisto was willing to put up with. He needed death and he needed it now. She watched as he reversed his grip on the spear and tossed it back at her. It landed in the water at her feet. Why does he not strike at me immediately?

"You'll have to do better than that, Spartan." He challenged her, mocking her. He was too casual, too cavalier and she was going to take advantage of that. She launched at him. The gap between them was small and, if he wasn’t paying attention, she could strike before he made a move.

He drew out his pistol, turning it on and removing the safety. He lowered it at her shield just as she reached him.

"You require my aid, sire?"

She was directly in front of him now. If he shot, he’d hit her shield at point blank range. She dropped her left shoulder and arm, causing her shield to follow. She threw her weight down on her knees with her left foot leading her right. The shield pressed up at Cho’s groin, the top of it underneath his chin, at his chest. She sprung off her feet at him, her full weight behind her shield. She was going to put this warrior on his ass.
In Imaginary vs DJAtomika → 5 yrs ago Forum: Arena Roleplay
Should have a post up today.
In Imaginary vs DJAtomika → 5 yrs ago Forum: Arena Roleplay
"Warrior, at least give me thy name! It would not be fair if I were to fight a nameless hero!"

Kallisto's adversary tried making conversation with her again. Surely this is an attempt to distract me and not a weakness, she thought. The Spartan was not the type to underestimate her opponent. She watched cautiously as he lowered his weapon at her. Though she lived in ancient times, Athena had granted her familiarity with modern weapons, including the gun the man now held. Kallisto knew better than to wait for him to strike. If she did, her shield may be damaged beyond use.

Yup, but probably not until later today
In Imaginary vs DJAtomika → 5 yrs ago Forum: Arena Roleplay
No, you definitely explained what they do physically well enough, it's just this grey area that I'm confused as to how we decide the result:

@Imaginary possibly breaking the shield entirely or just chunks of it.

How we decide what it actually does?