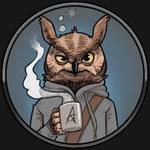 Hopefully you´ve recovered from your cold!
I wanted to express my interest in writing with you. We could work on something on Discord if you like?
I have plenty of writing samples in case you would like to see some. Also I am not assuming me expressing interest means it's like a first come first serve type of thing, just letting you know I am available ^.^

Nice to meet you and welcome to my interest check. This is going to be short and sweet because I know what I’m looking for and I’m not interested in entertaining roleplays that don’t get my heart pumping. That out of the way, I’m a twenty seven year old woman with fifteen years of roleplaying experience. As writing goes, I enjoy detailed prose, enticing character arcs, and thrilling plot lines. My posts average about 500 words per, but that can fluctuate between 400 and 900, depending on my mood and the scene. I am an adult with a career and hobbies, but I can promise two posts a week minimum. If you really steal my heart with a roleplay, I might post daily.

I prefer to play male characters, but I’m flexible. When it comes to roleplaying, I’m happy to play side and/or secondary characters of all types as needed, but I’m not huge into doubling.

In regards to what I’m searching for, I’m looking for someone 18+ who is happy to stick around for a long term roleplay and is a detail oriented writer. I love to chat and I’m very friendly; I also love to talk about our roleplay and plot as we go along. Discord, email, or PM is all fine. I don’t really roleplay on the forums.

I’m open to a variety of plot ideas, so throw them at me, but I’m really interested in something gritty and dark, with a slightly lighter side from time to time. Contemporary, preferably. I have a soft spot for tough, world wary men who are softened up by a lover. I prefer to write straight romances, but it’s not hard to convince me to do something different. I’m flexible with the characters I play, but I only use real face claims. No anime, please. It breaks to charm for me.

I was a member on here long ago, before the crash, but fell out of touch during that time. I am a full-time student and employee, but still have an immense passion for writing, and am looking forward to interacting with all you crazy kids.
In Looking for a big bowl of roleplay to start my day {Detailed/Advanced} → 4 yrs ago Forum: 1x1 Interest Checks
Good evening!

Hello, everyone! It's that time again... time to get mildly suggestive!
My name is Korstt; it's super nice to meet you. This is my very humble and very simple (read: Korstt is too lazy to make it look nice) interest check. For those of you who don't know me, I'm Scottish, but I'm living in Chicago, so, I'm in the central time zone.

I'm a fairly active roleplayer, but I am also in med school. This means that I will post a minimum of once every two days and sometimes more, if I'm feeling particularly inspired to not study! I will let you know if I have to step away from the computer for anything longer than two days, though. I consider my roleplaying advanced, meaning I thoroughly enjoy detailed content and can produce 600-1200 word posts; however, I adjust my responses to the person that I'm roleplaying with. If a reply only requires 300 words, than that's what I'll do.

Generally speaking, I prefer to roleplay over PM, skype, or email because I tend to lose track of threads overtime. Heck, I'd rather roleplay via smoke signal over a thread. HOWEVER, I will roleplay over thread if you really want.

I love romance in my roleplays, but I require a plot-driven story. I prefer to play male characters, but can play females, as well. I will give you forewarning that I have a bit of a smart mouth, so my characters usually do as well.

Yes and no
I'm very open to violence, romance, and gore; however, I will not roleplay scenes involving rape (including underage romance), furry interactions, or incest. You are more than welcome to reference these themes (i.e.: in your character's history), but I will not actively roleplay them.

I don't own a TV and I watch very few shows; however, I am willing to try out the select few fandoms that are listed below. By and large, I prefer to create my own characters.

I will adore you for life if you're willing to chat with me outside our roleplay to figure out twists/plots. Heck, you can even talk to me about your life problems, if you'd like. I love long-term roleplays, and I strongly believe that long-term roleplays require plotting.

This is where the magic happens...
I don't actually have any plots because 1. I'm lazy and 2. I like to formulate a plot with my partner so we both have equal input on the roleplay (but mostly because I'm lazy). Even if it's not listed, feel free to suggest anything you're interested in. If I have enough access to booze, I'll roleplay just about anything, with the exceptions being those listed above.

The little * means it's a particular interest for me at the moment!

Other stuff
If you want examples of my roleplaying, feel free to ask or you can just trust me and fall into my metaphorical arms. ;)
© 2007-2017
BBCode Cheatsheet