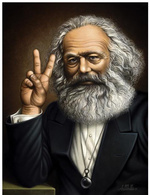 7 mos ago
Current Got a new PC!
1 yr ago
I just started reading "Discipline and punish"... Foucault, I'm already tired of your shit
2 yrs ago
Thinking on a new Vikings 1x1 🤔
2 likes
2 yrs ago
And I'm officially 23 now...
4 likes
2 yrs ago
Always be in the game and keep rolling. Step up, and in the ring if you dare. Always be in the game and keep going. Nobody said that life would be fair

In The Forbidden Land → 2 mos ago Forum: Casual Roleplay
"The body is but a vessel for the soul...
A puppet which bends to the soul's tyranny.
And lo, the body is not eternal.
For it must feed on the flesh of others
Lest it return to the dust whence it came.
Therefore must the soul.
Deceive, despise and murderer men"

Such words written on one of the tombstones outside the Edigbug described perfectly well the daily life of those who lived inside the wooden walls that separated the living from the dead, and the not-so-dead, the struggle to survive every morning, and going to bed thinking that perhaps you may not wake up next morning, buried not next to your ancestors but along some unknown people with no one leaving flowers on your tombstone as it was extremely dangerous to go outside. The few little children that lived inside the walls had no chance to enjoy their youth, the adults always gave them some tasks to do, those bulky enough were taken out for hunting, so one day they could feed the village.

The sun was rising once again, it was the only thing the survivors had as a certainty, most people was already awake, some working on fields growing potatoes, carrots, corn or pumpkins and perhaps other things in the little space they had for such job as working outside the walls was basically asking to get killed. Those too old to go out hunting or hammering the hot iron were in charge of tasks such as producing linen from flax, which was used to make gambesons for those ventured outside as metal was really hard to find thus making the idea of forging a metallic armor almost impossible.

At some point of the morning a small group of hunters returned to the village, once the gates were opened by the vigilants Cornelia and the other five men entered with two deers.

"Ah, it seems it was a good hunt!"
One of the vigilants commented with joy before clenching his teeth while pushing the heavy wooden gates so nothing dangerous would get inside.

How your life was before coming here (Bio): Cornelia was the daughter of a sell-sword who was forced to take her with him on every job as her mother died while giving birth to her. She grew up on the back of the wagons of the merchants her father guarded, most merchants were very kind to the little girl and so decided to teach her to read and write, also gaining some little coin fr helping them moving their goods, at some point during her youth her father thought it would be a great idea to teach her use the sword. The years passed and Cornelia had become a mercenary herself and things went smoothly for a good time, news about the forbidden land seemed like things too far away for a 23 years old girl to even care until they arrived to a small city known as Rusdem which seemed to had had some recent problems with the cursed, Cornelia along with her father and the merchants were accused without proof by the hysterical citizens and soon the Imperial Army threw them into the cursed Province. In the first month the merchants were already dead, her father died a few months alter at the hands of the cursed, luckily she was found by the other survivors and has been witht them for since then
© 2007-2017
BBCode Cheatsheet