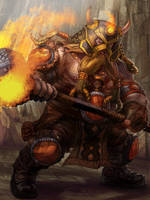 The trains would be working over time. The national rail would be collecting the six units oil and two units of food. The Ferocarilles rail would do the same picking up four of oil two units if good and two construction materials. The trains would also deliver food to the needed cities with the capital taking precedence. A truck fleet would collect food and distribute it in the west.

*Resources along the train lines we're picked up. 10 units of oil and 2 units of construction materials we're returned to the capital.

*Food was distributed in the capital and adjacent three provinces by rail.

*Four units of oil was brought back to be sold. The next two upon the next turn. 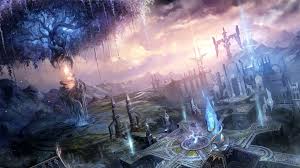 Truth be told no one knows how the magic city Arkahan was founded or how old it is. Just that the city is the center of the magical world and last of the free cities. Fueled by the deep indigo colored mana the flowed from the tree of the gods. Making the lands grow crops in a quarter of the time and twice as large, food was never an issue. Its citizens sat in comfort as magic made their lives easier. Poverty is none existent in Arkahan.

Refugees have flocked to Arkahan for safety. Did the magic council know about the encroaching darkness? Most likely they did seeing as the city changed its production from commerce to war. Months ahead of the attack the city guard had begun training the populace into a formidable militia to fight alongside a growing golem population.

The council had done what they could before the darkness approached the city. Evil men and beasts filled their ranks, necromancers and practitioners of foul magic reinforced the nearly endless supply of vile troops that kept pouring in. It was a guessing game now on how and when to strike or should they defend?

The fight for survival was at hand. It would take everyone to keep the darkness at bay. From the highest of mages to the lowest thief. Mercenaries poured into the city not just because of the obnoxious amount they were being paid but there was no other client's to be had and thus the siege had begun.