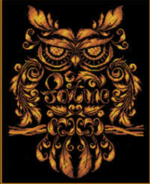 Alittle about myself... hmmm. I am me. Either you will like me or you wont.

Jason helped her go through the run down and showed her a few things about what would happen the night of the show. It was all very nice and for the time being, she had forgotten about anyone but Jason. The whole place seemed to fade away and only Jason seemed to matter. It was a school girl crush for sure and she was beside herself.

The evening came to an end and it was time to leave and head back to the hotel with Devin. On the walk back to the hotel, she looked over at him and gave a slight smile. "So I take it, Eric, is entrusting you with more work. I would ask for more money. He cant just geta way with using you any way he wants." She was making small talk but her mind was still focused on Jason and how well the evening had went with him.
In Singing Through Protection → 9 mos ago Forum: 1x1 Roleplay
Yeah chase the money and lose the life. Haha. Not really but sometimes it feels that way when the overtime becomes to much. I dont mind nine hour days, just takes a couple days to adjust.
In Singing Through Protection → 9 mos ago Forum: 1x1 Roleplay
Yeah I am going to try and post tomorrow. Work just put us on nine hour shifts. Overtime. Yay!?!
In Singing Through Protection → 9 mos ago Forum: 1x1 Roleplay
"Well I have managed that so I should be good then. My family thinks I am already the best there is. I think they are a bit biased though." She laughed a bit as she followed him through the maze of food carts and people selling things. Soon they found their way to the security and she showed her id as well and went into the building still walking with Devin.

It was a lot more chaotic then what she was used to and a bit overwhelming. Taking a breath, she stayed neared him and followed him as her eyes kept spinning around the room taking in all the sight and movement. Everyone had a job and everyone seemed focused just on their job to make sure the show was a success tomorrow evening.

Thankful that he didnt leave her when he could of, it wasnt like she needed protection all the way in here. "Its so busy and so many people to make this happen" She half whispered to herself and talking to him. Telling herself to just breath and relax was on repeat in her mind as she made her way through the people with Devin at her side. She then saw Eric with the twins and took a deep breath. It was now or never, meeting them as he seemed to waving them over. "I guess thats our cue to go meet them." Her voice sounding a bit like something was lodged in her throat. She smiled brightly and made her way over to them, seeming a bit eager to meet the guy she had a crush on.

Walking up to them, Savannah froze for a moment as if she lost all ability to talk or think. She just stared at Jason and locked eyes with him. Realizing after some time what she had been doing, she shook her head slightly and laughed nervously. "Sorry, I didnt mean to stare, I am Savannah..." She muttered and gave another smile again as she watched the two of them and Eric. Her mind completely forgetting that Devin was with her for a moment.
In Singing Through Protection → 9 mos ago Forum: 1x1 Roleplay
His words rang deep within her as he spoke them, about how some made it and some didnt. She only hoped that she would fall into the category of making it. The next thing he did took her by surprise as he mentioned a photo and got out his phone, taking a quick pic of her looking up at her sign before she could even realize what he was saying. "Hey... I suppose one picture will be okay." She grumbled a bit but in the end the quick snap earned him a smile.

When she noticed the spider man walk up, she was a bit on edge and just stepped a bit closer to Devin as he came up. It seemed that Devin trusted this dressed up person well enough and soon enough another picture was being taken of the two of them. It was almost as if this spiderman seen them as a couple. She smiled and went along with it and before she knew it, several more pictures were being taken as more and more people seemed to show up that were dressed up.

Savannah was laughing and forgot all about the rehearsal as the picture shoot took place with all of the characters one would only hope of running into at times square. Once it was said and done, she laughed a bit more and then turned to look at him and shook her head. "You probably dont have any memory left on your phone after that. I am sure my parents will get a kick out of them. They always wished me the best of luck. They are my top fans by far."