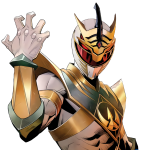 In Justice League Unlimited: AMONG US → 20 days ago Forum: Casual Roleplay
@Omega Man
My apologies for disappearing for so long. Real life has been terrible for me as I'm having a really hard time with my mental health, which has consumed all of my focus. If it is alright with you I'd like to continue playing as Frankenstein if you'll have me.
In :ὁ Animalia [OPEN!] → 20 days ago Forum: Casual Roleplay
@LostButterfly92
Sorry about disappearing for so long. My personal life has been kind of terrible as I'm struggling with my mental illness. If it is okay with you I'd like to continue playing Roger in this roleplay.
In Avengers NEO → 2 mos ago Forum: Casual Roleplay
@LadyRunic
Yes we have room. And for anyone else interested, we are accepting characters until the team officially starts their first mission.
In Avengers NEO → 2 mos ago Forum: Casual Roleplay
Garnet saw Hyper enter the briefing room next, which made sense as he was the fastest of the initiates, “I was already in the building, down in the arcade.”

Astra entered next, followed shortly by Viking. Garnet decided to not ask about the little bit of blood on his lips. Garnet was aware that he had powers similar to the Hulk, but wasn’t sure if had his rage. In fact, Garnet felt a little insignificant in regards to his powers compared to the other initiates. Shooting gems seemed to suck compared to supersonic flight, super strength, or a bad ass power armour.

Garnet was snapped out of his mental ruminations when the holo-projector in the centre of the briefing room powered on. A second later the holographic image of Captain America appeared. The impressive looking hero took a few seconds to allow everyone to stop talking and focus on him.

“Greetings initiates,” the star spangled hero said, “I trust that your time at the mansion has been pleasant. Now onto business. It is time for your first mission. Don’t expect it to be an easy one either.”

The Captain’s friendly face then turned a little grim, “As you know, the Avengers have dismantled most of the infrastructure of the terrorist group known as HYDRA. While we have captured most of HYDRA’s leadership, some of their elite agents are still at large.”

“That leads us to your target,” Cap said as a picture of a black haired woman wearing green appeared next to him, “This is Ophelia Sarkissian, formerly known as Madame Hydra. She was one of their top agents for many years. But during the fall of HYDRA, she managed to escape without a trace. But a few days ago she popped back up when footage caught her working with the Serpent Society, a team of augmented super-villains. Apparently she has joined up with them, now going by Viper.”

The image of Viper disappeared as Captain America turned back to the initiates, “Your mission is to capture Viper, as well as the Serpent Society if possible. We have intel that they have just recently entered Sokovia. You will take a Quinjet to Sokovia, where you will receive further instructions. Any questions?”

Garnet held his tongue. While he was excited to finally go on a mission as an Avenger, or almost Avenger, he was worried about going after one of HYDRA’s top agents. After all he had seen the destruction caused by the battle between HYDRA and the Avengers. But, he now had a team to rely on, as before it was just him and Opal, so he would have some back up.
In Justice League Unlimited: AMONG US → 2 mos ago Forum: Casual Roleplay
London, England

Frankenstein waited quietly in the shadows of the corner of the book store. He was used to remaining in shadow, as his appearance did tend to cause fear. Even though humanity couldn’t stand him, he still felt the need to protect them. To that end, he was waiting in an occult bookstore, the owner of this particular store known for having all the gossip of the supernatural in England.

“Sorry to keep you waiting Mr. Adam,” the old man entered the room, “But I’m afraid that you made this trip for nothing. As far as I know, the magic community is behaving itself. So it would seem there is no vampire to smash in its fangs, or ghost to exorcise.”

“Having nothing happen is preferable,” replied Frankenstein, “I would rather hold a good book, than hold my sword.”

“And what a pretty sword it is,” the old man looked at the blade on Frankenstein’s back, “Though I can’t place its heritage. Atlantean? Gem World?”

Frankenstein laughed, “You could keep guessing and never get it. For now it will remain a secret, just as I am a creature of secrets.”

The old man then laughed, “Very well. Perhaps I could find the answer in my books, as I have far too many books.”

The man then turned toward the many bookshelves packed with arcane tomes. Frankenstein took this as his cue to leave. He headed to the back of the store, where an ancient stone door stood. It was a portal door, an artifact that can connect to any other portal door around the world. Frankenstein put his hand on the door knob, focusing his thoughts on where he wanted to go.

Frankenstein opened the door, revealing a bright light. Stepping into the light, Frankenstein left England and entered America, specifically Washington D.C. Frankenstein found himself in a dimly lit room, with a poker table in the middle. Around the table sat various kinds of Fae, such as Pixies, Elves, and Gnomes. Initially gasping at the abrupt entrance of the giant man, the Fae calmed down when they recognized him as Frankenstein the monster hunter.

Frankenstein just nodded at them as he made his way up the stairs and out of the gambling den. Exiting into an alleyway, Frankenstein saw that he was only a few blocks away from the Justice League Unlimited HQ. While he was a member of the team, Frankenstein had not been publicly unveiled. So, to prevent cries of a monster going after the Justice League, Frankenstein decided to keep to the shadowed alleyways to get to the HQ, planning to use the secret back entrance.
In Digimon: Shattered Boundary → 2 mos ago Forum: Casual Roleplay
Thanks for understanding.
In Digimon: Shattered Boundary → 2 mos ago Forum: Casual Roleplay
Akira continued deeper into the park, determined to find the source of the voice. After a few minutes he decided that he was getting nowhere, seemingly going in circles around the park. It didn’t help that he didn’t know the layout of the park at all as he was new to Tokyo. After another minute of fruitless searching, Akira sat down on a park bench. Pulling out his phone and looking at the time, Akira considered heading home. Then he heard the voice again.

Akira sprang back up onto his feet. The voice sounded closer this time, and a lot more urgent. Believing now that he knew the direction it was coming from, Akira began to run toward the voice. As he made his way through the trees, he found himself in front of a water fountain. Initially he just saw the few other teenagers gathered around, but then he saw it, some sort of an energy ball. And rising from the ball was many faint images of ones and zeroes.

The strange sight caused Akira to stop running, standing a few feet behind the others. His mind raced as he tried to find a logical explanation for what he was seeing. Maybe it was a prank, and they were all secretly on camera. Or maybe some sort of promotion using holograms. But if it were those things then why would it be in this almost empty park and not someplace with more people. Akira just didn’t get it.

“So, what are we looking at?” Akira asked no one in particular.
In Avengers NEO → 2 mos ago Forum: Casual Roleplay
Thanks for everyone posting! I'm sorry that I've been offline for a couple of days as I was dealing with vertigo episodes and a family member in the hospital. Expect a followup IC post tomorrow.

Also, @The Man Emperor are you still interested in participating?
In Justice League Unlimited: AMONG US → 2 mos ago Forum: Casual Roleplay
Been feeling ill (not COVID) so I haven't been online in a couple of days. Still not feeling great so no post today, but I'll try for tomorrow.
In Digimon: Shattered Boundary → 2 mos ago Forum: Casual Roleplay
I haven't been feeling well, as well as some family issues, so I haven't been able to post. I'll try to have one up tomorrow.
© 2007-2017
BBCode Cheatsheet