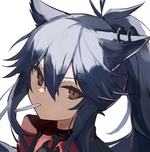 All you need to know.

Do you folks feel it would be beneficial to have a discord?

“Woooooooooooah! Now we’re getting started!” A roar of applause followed Wave’s commentary, hounding the air as much as they hounded the actual Ark Riders’ heels and wheels. “The Skull Rider looked like he had a steady lead but every racer caught up and caught on quick! Aurora and Warpstar are neck in neck with everyone’s favorite Roman knockoff getting in a death match with the other android! But what’s this? The Dogma’s got a personal grudge on the Skulldugg! Who’s gonna make it out alive!?” Wave’s voice was dripping in enthusiasm.

She was right however. The Skull Rider’s opponents passed him one by one with their own ways of avoiding the mines. It left him in last place, somewhere between Claudia and the open road lead. However, the race was far from over. The mines that once stuck to the ground like sticky adhesive rose out from their spot just as hard, floating momentarily in their rooted position before zipping forward. With a flip of a switch in his Skulldugg, the mines suddenly shot forward instead of back, magnetically attracted to each vehicle.

The Dogma and Spike were both hit with a spray of the spiked mines, attached to their back sides before detonating in a cascade of explosions. The same phenomenon occurred for the Aegis and Rema’s war chariot, although if the initial explosions didn’t deter her before, it was doubtful they could do much damage now as they clung to the rears of Rema’s mechanical steeds. But destruction was just a byproduct when distraction was the key to victory. The Skulldugg continued at its steady pace, bursting forward with a pulse of its back thrusters to surpass both androids and Warpstar, aiming for the Dogma.

A crack of sound and black smoke filled the air with the herald of Claudia’s launched attack, a weight crashing into the front of the Skulldugg. There was little damage, the tanky vehicle treading with wheels that burned the road, just as little as the Skull Rider’s care for the android currently crawling on his ride. Shattered glass met Claudia’s ears as her android successfully smashed one of the Skulldugg’s front shields. She probably expected a second to follow.

Instead, another, denser crack of sound hit the air and the android slouched lifelessly with a hole seared through its head. Only the racers closest to the skeletal vehicle could see the smoking firearm being holstered back by the Skull Rider. The vehicle sped up once, zoomed past Claudia and sent the useless android flying back with all its momentum. Back in the lead, the Skulldugg twisted and turned on the road as the track dipped into hard rights and lefts of looping curves on either side. One wrong maneuver meant plummeting off the side of the track.
In Tower of Fable → 6 days ago Forum: 1x1 Roleplay

The horrors of the Abyss crawled out from the deepest pits of scum and debauchery. They were no stranger to leftovers and castaways tossed down their direction. But these new inmates, travelers of sorts, smelled different than the typical prey that scurried these depths. For one thing, they were strong, incredibly so, strong enough to pin the crab in place. The massive animal was halted in its tracks by Akiko’s Red Relic, water sloshing dirtily on either side as it attempted to still move via instinct and confusion of what was happening. Kanbaru was correct in the animal lacking much intellect.

No sooner was it pinned in place did a plan quickly formulate and execute on action. While Clair dashed forth, slicing at its heavily crusted legs for any leeway, Kanbaru wasted no time in flat out jumping the crustacean entirely. A flicker of motion was present behind Kanbaru and Clair could see the JSTR staring back at her from her perspective. Curious; not many could see the specter constantly hovering over the whale and the program seemed to smirk in this realization. Perhaps the thief was chosen after all…but there was no time to ponder this.

With strikes reinforced by cutting wind, the crab’s legs were harshly severed off one by one, sending roiling and rolling waves of the Lagoon’s pools up high from impact and filling the air with crab scent. The Abyss denizen let out a horrendous and gurgling screech, waving its meaty claws about to smack at Clair on either side while also trying to protect its limbs. In doing so, it left itself open to Kanbaru’s vicious attack. Sprays of hot, arid bubbles streamed forth from the crab’s now exposed maw and its body shook backwards with kinetic force with each attack.

Akiko’s hold on it was straining and weakening and the crab’s violent bucks from being mauled broke the Relic’s control. It skittered haphazardly right in the direction of the two newcomers watching from the lowlight rocks. It was this sight that Riku was charging straight into, the crab all but dead as it tripped over itself, sending more waves everywhere and hurtling towards the newcomers. The Lagoon shook and ruptured from the violent display and with it came the hiss of more bubbles filling the air, the sound of water cascading as more pools suddenly “rose”. More crabs were awoken from the noise and clash of the fight, each one slowly skittering towards the source.

It was also the first thing Katie witnessed as she manifested in the Lagoon. “….not even gonna touch that,” she told herself, watching from the shadows both at the brutal takedown and the other crabs stirred from their slumber. No, this was a fight that wasn’t her problem. Reaching in her pocket, she fished out her only Serei Card as it flashed once, a magical rune that nearly resembled an eye opening up in front of it. “Alright Ciel show me where to go next. Preferably not that way please.”
In Street Punk Serenade: Delinquent Days → 8 days ago Forum: Casual Roleplay

Well, wasn’t this fun. The others took the news just about as Ikue expected to be honest and she was happy to see she could hear in on the conversation even from her side of things. Ah, weren’t cellphones just the greatest? As far as conversation was going, everyone seemed to fall back to the obvious plan that was lingering above their heads like Yūya’s cigarette smoke. Why not just use the first-year runt as live bait? Give their enemy what they wanted?

It was almost too good of a plan to be true, but then again, the simple decisions were sometimes the most glaringly correct ones. And above all else, Mai herself seemed to hop aboard the gang’s plan for her. “Hey new girl, that’s some real spunk you got there. Provided your face isn’t caved in by the time we actually meet, I think I can formulate a response from these observations.” Or in other words. “I think I like you~” The sound of something shifting could be heard on Ikue’s line of the phone; was she moving a corpse or just stretching? Who really knew these days.

Still, all of them could debate or agree the entire night away and no decision would be reached unless their leader said so. The majority tended to agree with this plan but Ikue said nothing in addition or subtraction for it even when Akina asked. After all, nothing was final until Ishida gave the order. Until then, the most they could do was spitball ideas as Ikue sat around on the other line. It wasn’t like she could really see what was happening on their rooftop anyway.