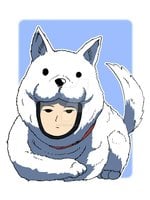 In Grimoiric Heart → 21 hrs ago Forum: Advanced Roleplay
Man, Stripes is super uncharitable. Just jumping to the worst conclusions and making Roma out to be some kind of villain here. Well, History is written by the victor.
In Tower of Fable → 3 days ago Forum: 1x1 Roleplay
Kanbaru Otoko

Before Akiko's arrogance could push Kanbaru to considering how far she could discipline an uppity junion among the Jester's ranks, the Casino was saved from a the grisly fate of being their collatoral damage by it's own proprietor's intervention. Instantly Kanbaru's mood brightened the tension dropped, a mix of trust and wariness ensuring her no conflict would happen while Harley wished for peace.

"Well, not like I have a problem sitting back and letting you hang yourself, kitten. But if your Serei wants to try and take my head, I'll be happy to show you why Lorelai are the cheapest bicycles in the village. Everyone gets a ride~" Kanbaru said with feigned sweetness, though the brightness in her eyes and the revelation this was not the Tower meant she had no reason not to make good on it.

Blessedly distractions were no aplenty, and she felt a weight slip off her shoulders as Thomas emerged without half a dozen bunnies dragging him into sinful debauchery. Having a....passing familiarity with Marianne's yandere tendencies, she could guess that Thomas would be torn to shreds if he found himself pulled between Bunnies and the clockwork reaper.

Then he had to mouth off aggressively to Harley and suddenly his life expectency got even shorter. With him turned away from her and exposing his back, she did the first thing that came to mind and hugged him. Hard. As his head disappeared into her cleavage she smiled at the owner of the Casino and ruffled the boy's hair.

"Isn't he adorable? He had a lot of excitement last floor and the energy hasn't left his system yet. Why, he didn't even introduce himself. This is Thomas. He's a good boy when Marianne isn't riding his prostate."
In Grimoiric Heart → 6 days ago Forum: Advanced Roleplay
Benefits of joining the right side are control of Pageless, liberation from moral boundaries, and dominion over the Earth. You even get to keep all your friends and make new ones.

Moonlight Tsubasa for PM 20XX!
In Grimoiric Heart → 6 days ago Forum: Advanced Roleplay
Corruption implies I’m morally wrong in changing everyone. Really I’m being a good teacher and demonstrating how everyone else is wrong.

Suzuya's dim views on Westerners did not automatically engender any sympathy to Tsubasa, the actions of her Attendents rather souring her. Any embarrassment she may have felt was smothered by her Grimoire, so she could maintani a steely visage before the potential threat.

Olivia's complete infatuation with the possibility of another lover of all things dark, tentacly, and Pageless had her swiftly dropping from Xolys shoulder to interpose herself between potential enemy and partner, fans billowing dramatically like a wall of warm fluff colored a shiny gold. "Please refrain from trying that. We don't know how they could react or how she would either. For all we know have two Magical Girls controlling them could turn them against both."

"Hmm, already this meeting is going far smoother compared to the last. Certainly I am held at gunpoint by an inebriated American and one of you is salivating over the prospect of sinking their teeth into my neck, but no one had made the first shot either." Moonlight Tsubasa's words were soft and unhurried, eyes striking Lupin with a physical force. While the girl wasn't hiding her animosity, Roma made certain she knew it was picked up upon without issue. She left Valeria with the loaded barb and paid her and her gun no further mind, her mind settled on the matter of the builder of mechanical marvels.

Too easy. In a similar fashion so was the elegant Ethereal Rose in her ballgown, cradled in the arms of a dashing groom even Tsubasa had to take an extra moment to etch into her memory. "Perhaps if the bride and groom were un-accompanied by a hissing Tamamo I would oblige your wishes, but it seems we must wait for less hostile company before you can enjoy the amicable company of the many Pageless of London."

"After all, it is the Magical Girl who seeks the Pageless." She turned her words to the gathered group, head turned to Devil herself who had bound her hands in chains even Maria could not fully unerstand. "You say I have caused the increase in attacks? Very well, I shall accept my portion of the fault for such conflicts. I have gathered the Pageless, pulling the drifters and hunters together into packs such as what stands behind me. Just as you killed the Greater Pageless in the clouds days ago, I found such creatures to guide them."

"But did I send them for you? Not in the least. You went looking for them. You, the terrors in the night who hunt without mercy or hesitation, drove them from their nest and into conflict. What do you think the pulses of Magical Detection sound like to beasts such as these, but the impending march of death upon them? They are simple creatures, and follow simple rules."

"They obey the strongest, and yield fully to their designs. They devour stories to feed, just as we feed upon the fruits of the earth and meat of the once living. And above all else, Magical Girls are their enemy." Her eyes closed, head bowing minutely as though stricken by a great sadness yet the upper half of her face didn't move in the least. Then the moment passed and her fan closed with a sudden snap, her face as placid and calm as the full moon.

"Ozma asked why I am here and why I have done as I have. I shall tell you know, it is for nothing less then the complete and utter end to the conflict between Magical Girl and Pageless. Not one more Magical Girl shall perish in the name of the Ministry's senseless order. For every Magical Girl that has died and for all those yet to be born, I have come."