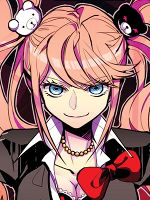 
Did you know that Dante's inferno is called a divine comedy because things work out for the protagonist? Back in the day, the only two genres were comedy and drama. The only difference was that in a comedy, the protagonist is better off at the end, and a drama is the opposite. So that's why a story about going through hell can still be considered a comedy, even if it's not funny.

Name:
Broken Promise, BP, Boss
Age:
Old enough to know better, too young to care. (that is to say 30's)
Preferred RPs:
I Prefer to make my own, but will occasionally join something if it looks interesting. I'll join just about anything so long as it isn’t overly edgy/sweet, bonus points if it has familiar RPers in it. I don't do 1x1s too often.
Preferred Roles:
I tend to play adorable characters everyone wants to befriend or proper assholes everyone wants to stay away from. I try not to play moral paragons or prime evils.
Other interests:
Videos
I watch a lot of educational videos on youtube. Usually as research for something I’m writing or purely because a topic interests me. I like channels like Tier Zoo and Daryl Talks Games, and I’ll also watch things like Critical Drinker or Literature Devil to deepen my understanding of story telling. Though I also like memes and jokes, to which I’ll find myself watching stuff like Sseth or Animeniaks if I just want to watch something stupid. I’m always looking for other channels to subscribe to.

Games
Haven’t played many games recently. I have a rather long history of playing virtually every platformer to come into existence during the indie boom, as well as quite a few indie games. I’ve played Meatboy, Binding of Issac, Gunvolt, Cuphead, Princess Remedy in a World of Hurt, Classic Metroid, Warcraft 3, Final Fantasy 14, Left 4 Dead, Shantae, Celeste, Danganronpa, God Eater, the list goes on. What I’ve played is kind of all over the place. I don’t play many games these days, I tend to pick things that look interesting and go on a decent steam sale. Currently playing through Muv-Luv because autistic guy recommended it.
Drawing
I draw. I haven’t done a lot of it recently and certainly don’t feel confident enough to show anything I make to the general public. Once I get my RP addiction under control I’ll start practicing again. It’s been hot too…
Music
I listen to everything, save most country/rap songs. I have too many favorites to name, but I’ve currently found myself listining to this remix of Hit the Road Jack a lot
Personality:
Not one to take life or the internet too seriously. Is only serious about writing well and having a good time.
People to Insult:
Dalton is a Dingus.

In Darkest Before the Dawn: A CYOA Magical Girl Roleplay → 20 hrs ago Forum: Casual Roleplay 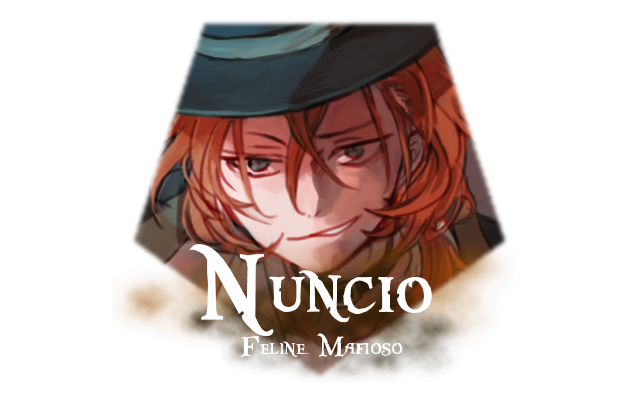 The mafioso nodded. “Don’t have to tell me twice. Sammy and Faith are both friends of mine, and while I would love to leave Penrose, I feel that convincing them-”

Before another word could leave his lips, the world shifted. A cloak of shadow and stars had brought them all to the overcity. Nuncio was unprepared, but he quickly got his bearings.

Nuncio’s patron had drowned before becoming a vengeful spirit. It was only natural that he ensured no one drowned here. Rosa was preparing to pounce, but seemed wary of the magical waters that surrounded them.

Penny was likely more than strong enough to hold onto the tiny little doll. But there was no telling what this new threat was capable of. If they were confident enough to attack Penny, they had to be either foolish, have good backup… Or be very powerful. 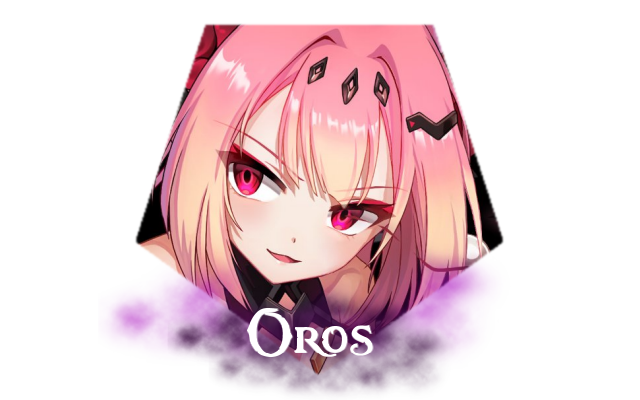 “Man I love playing in gasoline!”

When Penny turned her head to fire at Oros, she already knew what was coming. But there wasn’t a lot she could do aside from bracing for the attack. Most of Penny’s gauss shots operated by inflicting damage partially through voltage, partially through gravitational powers. If her character sheet is to be trusted, anyway. Oros couldn’t anticipate exactly which one it was, so she just had to do her best. She ultimately did this by giving herself “electrocytes,” or the cells in an electric eel’s nervous system that allow it to disperse electricity and shock prey. Since Oros could command gravity, she could also reverse the gravitational effects easily enough. Any metal bits would be slamming directly into Oros though. And it wasn’t like she could respond to Penny’s attack instantly. The gauss was for lack of a better word a bullet. She was thrown backwards, and fell towards the magical waste that surrounded her.

“Shit! I just cleaned these sandals!”

Penny used her cool hover jet things to zoom over the suspiciously suspicious water and continue the fight up close.

Only a fool would say that this fight was going just as planned. Few people intend to take a gauss shot in the chest as part of their grand design. But it would be fair to say that Oros was in an advantageous position.

During her date with that majestic yet equally infuriating portal witch, Oros had encountered a creature that could manipulate magical waste. The creatures in question had their bodies coated in an inert version of the stuff, but Oros didn’t see why it wouldn’t work here. And if it didn’t? She learned something!

Oros’s torso changed to that of one of the crystal creatures. The liquid directly under her was wicked up into her form, coating her joints with the color changing sludge. It wasn’t just Oros’s body either, her tentacles could take the shape of their limbs too. Two hands slathered in the magical waste grabbed a hold of Penny’s ankles as she flew over them.

Penny had managed to blow Oros back before she could grab Seepa's sword, but a third arm emerged from the ground just in time to catch the blade and swing it towards Penny’s back, specifically her arms. Oros might have been on her back, but she wasn’t defenseless. She thrust her nail-like arm straight for Penny’s chest.

That was when Snoopy picked up on something.

In Gif the User → 7 days ago Forum: Spam Forum

In Darkest Before the Dawn: A CYOA Magical Girl Roleplay → 8 days ago Forum: Casual Roleplay 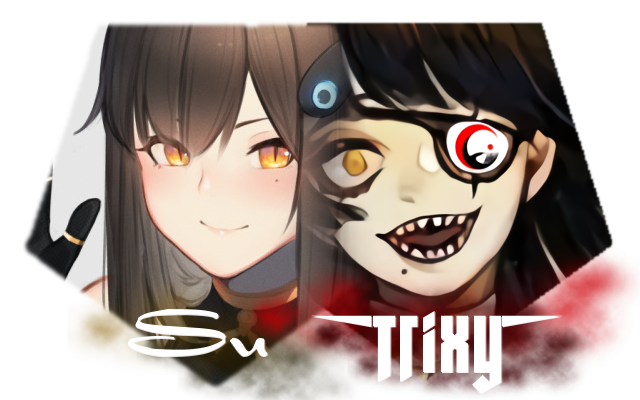 Just because Su was somewhat capable without magic didn’t mean that she could just do whatever she wanted. One of the things that made Helga and Su a great team was their unique strengths had great synergy together. Now that Su couldn’t rely on her true strength, the only way she could assist Helga was to flank her opponent. Helga’s claw swinging made standing beside her not a very attractive option, and it was hard to flank Alicia when she was climbing a wall. Not normally, but with no ability to fly, it was hard for her to assist Helga as things were. But she was confident Helga could hold her own. She had the high ground, after all.

And speaking of high ground, Alicia wasn’t the only beacon girl trying to scale the building. Looking over the edge, Su could see two familiar faces: Leena and FanFan. A long, endless sigh escaped Su’s lungs. It didn’t surprise Su to see this duo here again. She was starting to get disgusted with Beacon as a whole, but all the same, these were people that Mika saw fit to save. There was no time to think, so Su just jumped.

Leena was vulnerable. She was using her sword arm to stay on the wall, and her other hand was on her mask. It wasn’t likely that she could react before Su fell to her level. Su’s acrobatics were on point, and she managed to hug Leena from behind, but her athletics needed some work. She slid all the way down to Leena’s ankles, but refused to let go of her feet. It wasn’t as graceful as Helga catching her, but it hopefully slowed her decent enough that it wouldn’t dislodge Leena’s knife. Also let’s not address the fact that Su dragged her tits against Leena’s entire back. That would totally kill the mood ktnx.

“So um.” Su had never actually learned Leena’s name. “I don’t suppose you want to turn off the ‘magic-preventing-spell-thing’, do you? I could fly us out of here.”

Of course, Su hadn’t just come down here to make a very risky barter. She was confident she could swing to some piece of architecture if things went south. Moreover, she had placed a curse on Leena. She had opened some vacuums in her blood vessels, causing her blood to stop moving to and from her arms and legs. The effects wouldn’t take hold right away, but after some time, her limbs would have used up their limited oxygen supply and stop working.

They weren’t too high up, were they?

Trixy had lost communication with the other agents, and had to make her own decisions from here on out.

Her primary objective was to protect Mariette. So long as she was alive, Justine and Sophia wouldn’t try to escape. Justine’s death would not only wipe away one of Veronica’s enemies, but it would get some justice for Betty, one of her closest friends. There was no way she was going to fuck this up. This wasn’t going to be like last time where she almost cost Veronica an alliance with the VIP.

Though it wasn’t so simple. She knew Ronin would be trying to break Mariette from… Asingalve? Asingave? Asinine? Whatever, it was the horror.

But she had no idea who this lightning chick was. Like, she vaguely remembered Tetrad saying something about a girl like that, but Trixy didn’t recall her being part of Veronica’s master plan. She was pretty sure this wasn’t part of Ronin’s trope, since she was infiltrating from the outside. No, this had to be a spy or something. Justine was the type to do something like that. Even if Trixy was wrong, Defeating Justine took priority over saving Mariette. She was already prepared to defend Mariette if it came down to it, and it had. She looked down her sights, lined up the shoulder on Lily’s outstretched hand, and fired.