STATUS: So, how many of you are willing to learn the power to believe in yourselves? XD 2 yrs ago 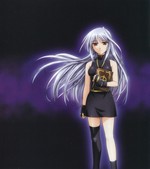 2 yrs ago
Current So, how many of you are willing to learn the power to believe in yourselves? XD
3 yrs ago
I think I'm cursed. Seriously, it seems like when I join an RP I really wanna get into and enjoy, 9 times out of 10, said RP grinds to a near halt and what not.
6 likes
3 yrs ago
Just came back from watching Moana. Man, what an amazing movie. Seriously, if any of you get the chance to see it, do so. You won't regret it XD
2 likes
3 yrs ago
Finally got to see The Book Of Life last night. Gotta say, it was really flipping good XD
3 likes

Gamer here. Nobody special, just someone making his way through life one day at a time, working towards
a brighter future. I'm looking for roleplays that have more of a Supernatural vibe to them, or Urban Fantasy,
something involving Super Powers, or even something Anime-Inspired. Any of these will do.

My Skype name is the same as on here. As for other interesting things? Well...Cracker Chips are actually quite
delicious XD

I'm something of an Otaku so I'm a fan of shows like Kamen Rider, GARO, Pretty Cure (or Magical Girl Shows in general),
Ultraman, and what not.

Will probably update this when I got more to talk about.

Alan smiled as he handed over a box of pastries to his latest customer who thanked him profusely before walking to the door and taking a bite out of a cupcake, relishing every bite. At this, the young man just shook his head. Ever since he'd started offering free whipped cream or icing in his baked goods, he tended to see a lot of the same visitors at least twice a week.

Some might say this was a bit excessive...but he had yet to tell anybody he made sure the fillings were fat free, and he had no intentions of revealing that tidbit anytime soon.

As for why he was here and not home relaxing? Well, the young man wasn't one for staying in a single place for too long. Besides, he and his Mom needed the income this brought, even if she insisted they had more than enough to make ends meet.

Seeing that he was finally alone in his little shop, he took a seat and sighed with relief before finally paying an ear to the television on the wall. Alan didn't really pay much attention to the news these days as he found it too depressing most times, but after recent events he felt he should at least give it a chance again.

...Needless to say, he was being quickly reminded why he originally dropped it. Just a lot of talking and talking and no real action. Still, at the very least he should perhaps pay a visit to that event today and pay his respects.


2000 people affected....70 percent of them dead...and I was one of the few who made it out alive. He massaged his temples to relieve the frustration building up. Knowing that you were alive but so many others weren't was quite the burden to bare.

Thankfully, his Mom had been a big help and had been a real sport about the whole "superpowers" thing. The young man walked to a nearby window and, seeing the state of his face, willed himself so as to appear cleanly-shaven and with his hair in place. He also let his muscles get a bit more toned out.

A bit of a vain use for said powers, but it made for good practice.

Hearing the bell over the door ringing, Alan turned to address the newcomer only to stop himself, "Mom?"

"Hello sweetie," She greeted with a smile,"Are you ready to go?" He nodded and scooped up the packages of baked goods from the freezer before heading on out. As soon as he set them down in the backseat, she put her hand on his shoulder, "Hey...if you don't feel like going, you don't have to. I can drop these off myself and then we can go do something fun like go to a movie or something."

"Mom, I-" He stopped himself at seeing the serious face she was giving him and decided to bite his tongue,"...I appreciate the offer, Mom, but...I can do this. I got to...if not for myself than...for all those who didn't make it."

"Alan..." His Mom began but instead of lecturing him again about taking the whole world on his shoulders, she just gave him a one-arm hug before ushering him into the vehicle,"I'd advise you to check under the seat. I got something for you."

Curious, the young man did as he was told and found a backpack with what looked to be some sort of mask and a bulletproof vest underneath,"What the??!" He looked to his Mom with his face now white as snow,"M-Mom. I swear I'm not thinking what you're thinki-"

"Alan!" Mom raising her voice was enough to stop him. At seeing this, it was now her turn to compose herself,"I'm...I'm sorry. I just...I know you, Alan. I know that when you see someone in trouble, you're not going to think twice about the consequences!"

She shook her head,"You're a grown man now, and you're free to do whatever you want. Even so...at the very least this way I can still..." His Mom started to tremble.

At seeing this, Alan immediately reached over and pulled her into his arms,"Mom...no matter what happens...I will always come back to you. That's a promise...and you know I always keep my promises."

'I know...I know.." She held him back and they stayed like that for a bit. Eventually, his Mom gathered herself and dabbed her face with a tissue,"Ok...let's be on our way."

With that, she started the car and they were off...

In Tales from the Spider-Verse: Spidroin [redux] → 3 mos ago Forum: Casual Roleplay
Alan tilted his head at how nonchalant Lindy was being about her injuries. Either this girl had nerves of steel, or she was just really good at putting on an act. This only served to make him further suspicious of what was going on with her...of course, he could be overthinking this whole situation. How long did it usually take for morphine to be flushed from one's system again?

However, he was distracted from those thoughts by her question,"My glasses?" Instinctively, he felt around his face and, sure enough, they were still gone. For a moment, he was silent, thinking of how to explain this. What was he suppose to say? That he'd somehow managed to get corrective eye surgery in the midst of a flipping terrorist attack? Anybody in the know was aware that Alan and his Mom only had enough to make ends meet.

...But the young man knew in his heart that he couldn't lie his way out of a paper bag. As such, he let out a sigh before going to fetch a bottle of water for himself and some of his homemade cinnamon rolls which he set on a tray before his guest,"Lindy...what I'm about to share with you does NOT leave this room, understand?"

He looked her in the eye with as serious a face as he could give before laying back in his chair and gulping down some water,"...You know that bio-terrorist attack at the local university?...I was there," Alan would watch for her reaction before continuing,"I got caught in the blast but...somehow, I'm still alive. I know. I look pretty good for someone who should be a walking tumor right about now. As for "how"? Well...guess I was just lucky..."

The baker shook his head,"When I recovered, I started noticing these...mutations going on with me. I had perfect vision, and I could...do things..." He let out an empty chuckle,"I must sound like a madman, don't I? Honestly, I wouldn't blame you if you felt that way...except.."

He picked up a hand-held mirror and looked at himself, focusing on letting his power out. As he did so, his hair changed to a dark brown, then blond, before fading back to normal. Even his eyes briefly changed color to a soft green. After this, he sighed and laid the mirror back down, "See?"

In NEOTOKYO: State of Disarray [Open] → 3 mos ago Forum: Casual Roleplay
@LetMeDoStuff So, how many people you thinking of accepting for this?
In Tales from the Spider-Verse: Spidroin [redux] → 3 mos ago Forum: Casual Roleplay
"Is that so?" Alan raised an eyebrow at hearing this news about a head injury. Granted, he might've been too quick to notice anything but he hadn't seen something like that himself. The fact that she didn't want to call the police to report the attack was also more than a little suspicious...and worrying.

However, he knew better than to push the issue right now. The poor girl was clearly shaken up and scared, so the last thing she needed was to be drilled with questions. As such, he simply shook his head and tried to smile,"Well, if I saw one of my valued customers unhappy in front of me and I didn't do anything, I'd be pretty terrible at my job, wouldn't I?" He finished bandaging the burns, "There. I'm no doctor but I'd suggest you steer clear of any heavy lifting for a while,"

He then proceeded to head to the kitchen and returned with a bottle of water for his guest,"Here. Drink up," He took a seat in the other chair and flipped on the television, surfing through channels though it seemed like every other one had some sort of segment about the bomb attack. Alan automatically switched the channel when those came up as this was the last thing he or anyone else needed to be reminded of right now.