STATUS: 'Cause it's so catchy, catchy; It's such a catchy song; Gonna make you happy, happy 1 mo ago 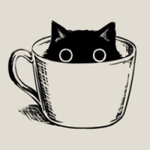 1 mo ago
Current 'Cause it's so catchy, catchy; It's such a catchy song; Gonna make you happy, happy

Alba made a small noise of annoyance in the back of her throat. With a few swipes she sent back her own message.

Had the thread been pulled?

Alba tossed the phone back down on the other side of the bed. With a groan she rolled out and onto her feet. It had been a late night. Very late. Four days ago Carol Ann had called her about the Pharmaceutical job she had been working. Maria had been found and the appropriate documents had been located. The police had moved in and placed the Johanna family into protective custody pending Samuel’s arraignment.

Hair damp Alba returned back to her bed room. Her phone was steadily blinking.

Tomorrow the Orchid will be in place

A small smile graced the woman’s face. Three days ago she had started packing after notifying all her clients. Sunrise Yoga was relocating. Rent was too expensive in Seattle. Today the moving company would be by and she’d finally make the leap. She looked back down at the message. Tomorrow her new life started. A nervous thrill settled in her gut as she pulled the sheets off her bed and tossed them in an open box.
In The Supermen of America → 25 days ago Forum: Casual Roleplay
I just pulled two 13 hours shifts. I’ll get my next post up this weekend after I try to get some sleep.
In The Supermen of America → 28 days ago Forum: Casual Roleplay
@Omega ManI only have one reoccurring NPC that wasn’t mentioned in my CS. She’s kind of like B. Orchid’s handler/information gathered. If that was what you’re looking for.
In The Supermen of America → 29 days ago Forum: Casual Roleplay
So Alba is probably going to be in Seattle for a small while before she moves on to Gotham.
In The Supermen of America → 29 days ago Forum: Casual Roleplay
Two Weeks Ago
It’s the small things you take for granted. Things that are. Things you just don’t think about on a day to day basis. The sun rises every day. Superman saves the world. The Lotus opens everyday at five in the morning. Things you think are inconsequential but they’re not. And when they go away, it’s often with the smallest of starts. Like Tiffany’s phone. Buzzing.

Alba’s small class was currently meditating. The soft tranquil sounds poured out of the new speakers she had just installed. The ringing of Nikki Minaj was not.

“Sorry.” Tiffany squeaked in her falsetto as she quickly rolled from her back to her feet. Tina made a small rude noise but settled back down quickly at Alba’s raised eyebrow. The instructor moved on to check John’s posture before she realized Tiffany had yet to return to her mat.

The young woman was starring down at her phone still. Alba mentally sighed. She loved teaching. What she didn’t love was correcting her paying customers. Still, if Tiffany stayed on her phone much longer she’d cause an even bigger disruption than she already was.

“Everything OK?” Alba asked coming to stand next to the woman. Now that she was closer she could see how upset Tiffany was.

In response Tiffany turned the phone so Alba could see it too. A video was playing. It was small, blurry and obviously taken from someone’s phone. Distantly she could hear Tina and John join them.

Alba wasn’t sure who spoke. She only had eyes for what used to be the batmobile.

Alba was pretty sure it was Tina who was freaking out. But she couldn’t bring herself to look away from the small video.

The video cut out as a large chunk of rubble came at the shooter. Black filled the screen. Alba felt like she was in a daze.

“Come on, Tina.” Alba found her mouth moving. “That was Batman. He’s fine. He’s always fine.” Still she moved over to the TV mounted in the corner and turned it on. She wished she hadn’t.

The headline was impossible to miss.

Alba wasn’t quite sure when the sky grew dark. Nor was she sure when her customers left. Shock had long since left her with a numb feeling. When you were a child everything was perfect. You were safe and everything was right with the world. Even when you grew older all you had to do is look to the Man of Steel and you knew things would be OK.

Alba clicked off the TV. She couldn’t watch her hero die again. She rubbed a shaking hand down her face.

Five Days Ago
The middle aged Hispanic woman pushed the run down cleaning cart through the darkened building. It was late and nearly everyone had gone home. She as she moved past empty cubicles she would stop and empty trashes and replace can liners. Under her breath she hummed along to Bonito y Sabroso. An oldie but goodie.

The cleaning lady swung her hips to her mental rendition and she opened the door to the next area on her route. As the door swung shut she ‘tisked’ loudly. Across the room a white man in a nice suit jumped.

“Maria.” His voice was breathless. “You know better than to sneak up on me!” Indeed he looked like he had seen a ghost.

“Sorry. Sorry.” Maria said with a smile on her face, not looking guilty at all. She pushed the cart to his desk and stopped. “Why do you work late?” She demanded. “You should be home with your,” Maria paused trying to think of the word in English. “Guapo, uh...”

Maria smiled widely. “Shame on you.” She scolded playfully. “I’m old enough to be your mother. What would your wife say.” She fluttered a hand in front of her face, play fanning herself.

“Don’t work yourself to death.” The older woman demanded. She reached inside one of her pockets and pulled out a tinfoil wrapped package. “You too skinny anyways.”

“Oh, you spoil me.” The man said as he grabbed the package. A lovely aroma drifted out as he started unwrapping it.

“Say hello to tu hija for me.” Maria said as she started pushing her cart away to continue her routine.

As she left the man placed the package of food down on the desk and turned back to his computer screen. With a key stroke a new screen popped back up. On it was a masked figure.

“I don’t think-” The man in the suit started only to be cut off.

“You’re not paid to think.” The masked person hissed. Their voice distorted. “Get me what I want tonight or you’ll find out what I’ll do to your beautiful wife.”

The new screen vanished leaving only the old screen behind. The man, if it were possible, became even paler.

Last Night
Alba groaned as her phone buzzed and whined. She wiggled her head under the pillow but the insistent sound still found her anyways. Blearily she groped around until she touched the offending object. She cracked an eye open and stared at the text.

Still working on Nightwing and Orchid. I'll break down why I went the way I did with Manhunter and Superboy once I've finished the last two for the whole group shot.

Well, considering B. Orchid’s M.O., not seeing her is kind of legit. Haha.
In The Supermen of America → 1 mo ago Forum: Casual Roleplay
Best thing to do is relax. Don’t stress over if your Kara sounds like comic Kara (or whichever medium you’re most familiar with). You’ll do great and make her your own best version of Kara.
They/Them η𝓔𝐫𝓭
<div style="white-space:pre-wrap;">They/Them<br><br>η𝓔𝐫𝓭</div>
© 2007-2017
BBCode Cheatsheet