In Circus of The Supernatural (CoH Reboot) → 3 yrs ago Forum: Casual Interest Checks
I'm interested!
In Wreak Havoc in Astaria → 3 yrs ago Forum: Casual Roleplay
Going through the portal was a bit uncomfortable truth be told. It was kind of like going through a tunnel, dark, cramped, and she had no real idea what was waiting for her on the other side. Thankfully the trip took only moments and soon Zephyra was stepping out into what looked to be the dining room of a mansion. Looks like she was getting called by not only someone powerful but rich as well. Of course, Zephyra didn't get to focus on that for too long as she noticed both a man (human it seemed?) standing in front of the portal looking slightly flustered and the arrow she shot right behind him stuck into the wall. Oh geez, she had almost hit someone.

Despite the fact she probably almost hurt or killed him though, the main seemed very...chipper. Cheerfully introducing himself as Claudius and asking for her name since he was terrible with them. "Zephyra Southworth." She replied tentatively. Zephrya had worked with eccentric magic users before and this guy seemed like he would be one of those. And if she learned anything from the others, its that she could never really be sure what to expect from them. After the greetings, Claudius asked her to take a seat and looked to see who all was there already, surprised at the ensemble. There was...Zephrya wasn't sure exactly, she had never seen any of his kind before. He resembled a demon in a lot of ways but he wasn't a demon either. Well, learning about him was going to be interesting. There was an elf here (of the non-flying variety), who seemed to be keeping to himself, and a timid girl that looked to be human. An interesting ensemble that made whatever job they were being recruited for seem very interesting indeed.

@onenote
I laughed so hard! Claudius might get scratched or the arrow may go through his hand, I haven't decided yet. Only because he was standing directly in front of the portal when he opened it, and was like WTF!? was not expecting that one xD. Are your arrows just plain old arrows? Just so I don't unknowingly majorly injury Claudius. What are the heads made of?

the arrows are made out of super demon killer iron Nah just plain or iron and like, oak or some sort of wood like that and feathers at the end. So unless Claudius is allergic to iron, he should be fine if he gets non fatally hit.
In Wreak Havoc in Astaria → 3 yrs ago Forum: Casual Roleplay
Honestly can't wait until someone reacts to that arrow XD
In Wreak Havoc in Astaria → 3 yrs ago Forum: Casual Roleplay
The rain was unbearable. It always was but more so now than ever because after Zephyra waited out this storm out, there would be no flying up into the clear blue sky. Just her getting out from under the tree she was taking shelter under and continuing down her path on foot. She had no idea where she was going either. She couldn't bring herself to go back to her mercenary work if she couldn't be in her element, the sky. She had thought about finding her parents but...she couldn't go back to them in this state. She couldn't face any Avariel like this! One's wings were everything to an Avariel and while she wouldn't die because she lost one, she lost a vital piece of herself and all any of her other kind could do for her was give her pity which she didn't want or need.

Zephyra sighed and shook her head. That was another bad thing about the rain. It gave her to much time to think and the worst part it was just the same line of thinking that she had thought since she first learned that she no longer had two wings. She needed a way to take her mind off of it. It didn't take long for that way to appear, though it took a bit for Zephyra to notice it. What first caught Zephyra's attention was a slight movement out of the corner of her eye. She turned to see...a little fox? Just sitting there, twitching its tail every now and then as it stared at her. Zephyra froze for a moment, not really out of fear but out of surprise. Zephyra had never seen anything like it and thought it looked too cute to be a monster, she couldn't fully rule it out as it looked, unlike any animal she had ever seen before. Zephyra was starting to go for the dagger in her boot when she noticed that the little fox was holding something in its mouth. A letter? Was this a messenger?

"Is that for me?" She asked tentatively and the little fox came over and placed it the letter down next to her before sitting back once more. "Oh um, thanks?" She said as she picked the letter up. It had her name on it alright. Zephyra took a minute to rack her brain on who she would know that would send her a letter under such strange circumstances. She had come across several magic users over the years but none with...was the fox a familiar? Who knew, but none of them seemed to have any connections to this strange little shadow fox. Well, the quickest way to find out who sent the letter and why would be reading it. In seconds Zephyra had the envelope opened and the letter unfolded in her hands. The first thing she noticed right away that it was a job offer. Just from the pleasantries from the beginning of it. It almost was enough to get her to throw it away right then, for how could she do it now that she was land bound. But she continued on and was surprised to learn that the sender knew of wounds and what really got her attention, a promise that they could return her missing wing to her.

An offer like that was surely to good to be true...but what really did Zephyra have to lose by going to check things out? She had been wandering aimlessly after all. She turned to the fox, "Okay, this says you can take me to your master," Zephyra looked down at the paper again, "Claudius? Okay, take me to him." Zephyra grabbed her things and got up, already dreading the possible long walk to Castle Havoc. Though the second that Zephyra was up a dark portal appeared in front of her. Without even thinking Zephyra dropped her pack and grabbed her bow, quickly letting loose an arrow into the hole that was in front of her and quickly readying another one. She had a hole appear before her before in the sky and that time had almost cost her life, she wasn't about to let that happen again. But after a tense minute, with nothing happening and the fox making frantic noises, Zephyra came to a realization. "That...was your masters doing wasn't it?" She asked as she relaxed her bow. The fox seemed to nod. "Oh, well shit. Uh, I'll apologize to him in a bit then." She added sheepishly, hoping that there was no one on the other side of the portal when that happened.

The fox quickly ran through the portal, probably to see if its master was alright. Zephyra grabbed her things again and followed shortly behind it, thinking about how well things were going already.
In Wreak Havoc in Astaria → 3 yrs ago Forum: Casual Roleplay
"The eye in the sky" 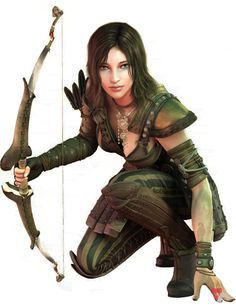 - Flying: Being of the Avariel race, Zephyra was born with a pair of wings that allow her to fly in the sky. She has years of experience under her belt that allows her to pull off stunning ariel tricks.
- Good shot: Zephyra has become known for her use of bow to hit targets, even from far away or moving.
- Speed: Wheather it's in the sky or on the ground, Zephyra has ways to get around quickly.

- Little protection: Zephyra can't fly fast or well if she's too weighed down. Because of that, she's not very well armored and thus more susceptible to attacks.
- Plays it safe: While Zephyra will go into battle, after some events that have transpired in her life combined with how little armor she can wear, she fears getting hurt again. She most likely won't take a risk that will get her hurt, even if that means losing a strategic advantage or letting an ally get hurt.
- Useless when wet: Zephyra can't fly well in storms as rain and snow weigh her down and make it difficult to move. She'll refuse to fly in thunderstorms as the risk of getting struck by lightning is too great.

Bio:
Zephyra has always lived a rather nomadic life. When she was young, she traveled with her parents around the lands as they taught her how to fly and how to hunt and live off the land. Later when she became an adult she traveled on her own, preferring to make her own way in life. When the monsters appeared, she fought to protect herself and those that happened to be around her. That slowly turned into mercenary for hire as things calmed down. Zephyra was happy with that life for a while, ready to show off her skills with flying and a bow as she took monsters out as they descended, even being hailed as something of a hero by those that she protected. But eventually, she tried to take on something that she couldn't quite handle.

She was at a small village at the time, she was the only one there that was hired to fight, not that they needed a lot of people as there were only a small amount of monster sightings in the area. But on that day, the sky opened up and several monsters came out. More monsters then Zephyra knew she could take on her own. But she still flew up to meet them. She managed to take down quite a few before something happened. A monster had managed to reach her and attack, hitting her left wing. The attack sent her plummeting out of the air and to the ground. The only things that saved her life were that she wasn't too high up at the time, she was able to somewhat slow her descent with her wings, and the trees.

When Zephyra came to, the battle was over. The village was in shambles but the villagers had managed to run the rest of the monsters off with only a few casualties. The villagers had done their best to tend to Zephyra's injuries, but even their best hadn't been enough to save Zephyra's left wing and the best they could do for her was amputate it. While eventually, Zephyra's other injuries healed, she was never quite able to get over the shock that not only one of her wings were gone, but her ability to fly was as well. But not long after she recovered enough to be able to travel on foot again, she received an invitation from a man that might be able to help her fly once more.

Extra:
Usually has a dagger hidden in one of her boots in case she needs some up close protection. 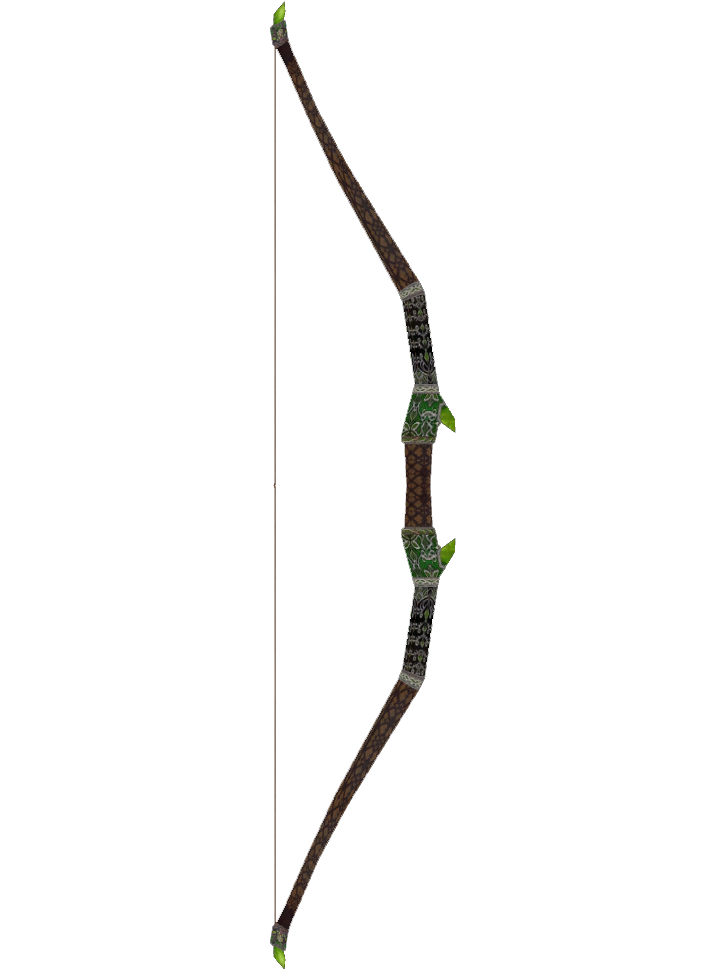