a horrible night to have a curse 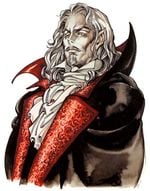 In Altera: Of the Destitute and the Destined → 1 yr ago Forum: Casual Roleplay 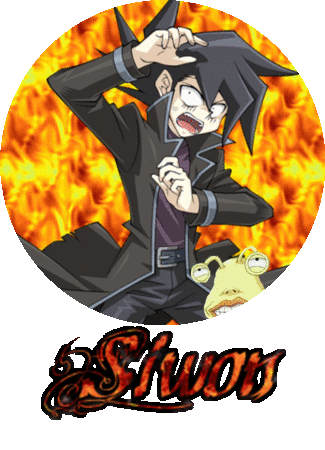 Like a blur, Siwon sprung forward, acting on both his body's own quick response as well as from the premonitions his demon had given him moments ago. Perhaps it was right to state that failing to perform this morning's ritual lead to such an ambush. In the end, it didn't matter. What mattered now was to act, and act quickly.

Leaping away at speeds fast enough to leave an afterimage, Siwon seemingly absconded from the group and rejecting the fate of death. He was no hero, and would likely stumble or hesitate in fear if he tried to save the mage or the priestess, adding yet another untimely demise to the brazen boulder. If anything, should he decide to flee, it's likely he'd find his way back to civilization once again, likely without a guilty conscience due to his calloused behavior. As a matter of fact, every bone in his body screamed at the Fiend Knight to cut his losses and run.

And so the Fiend Knight ran, speeding towards the eastern hillside until he reached an incline low enough to sprint upward, close to the boulder-chucking beast. Trusting in the strength of his legs, conditioned by his training, the Fiend Knight swiftly scaled the hills in an attempt to flank the monster before it could throw another rock, his spear pointed towards where its ribs should be. Siwon knew he had to draw its attention away from the rest of the party so they wouldn't face the threat of a ranged adversary any longer, and he could only hope that its initial targets would find their way out of harm's reach.
In (D&D 5E) The Tyranny of Dragons - Closed → 1 yr ago Forum: Tabletop Interest Checks
Might rescind for now. Pathfinder 2e just came out and it's absorbed my interest too much. Apologies.
In Altera: Of the Destitute and the Destined → 1 yr ago Forum: Casual Roleplay

Siwon groaned as he dusted the snow from himself once more before it melted and made his clothes damp. As the sun rose, he looked up to the sky with an expression of worry. The Fiend Knight needed to complete his own daily rites before the party got ready to venture off. The demon chuckled to itself, perhaps amused at Siwon's conundrum.

And the Fiend Knight himself was worried that yesterday's paltry offerings would add up to future misfortunes if he failed to supply a sacrifice today. And so he turned to his fellow party members, crossing his arms and closing his eyes.

"It seems I must go hunting for a small animal, preferably something that doesn't eat meat. If anyone would like to join me, be my guest. But be warned... I cannot ensure your survival...

"I'm just joking. Someone please come with me so I don't get lost."
In Altera: Of the Destitute and the Destined → 1 yr ago Forum: Casual Roleplay

As miserable of a wake-up call as one's own frigid shelter crumbling upon oneself is, Siwon was luckily prepared in some sense to a scenario of this magnitude. Having wrapped himself snugly in his own winter blanket as he was allowed almost an entire night's rest, the Fiend Knight was protected from the brunt of the cold. However, this did not protect Siwon from a face full of snow, and despite his own demon giving him a verrry sileent warning, Siwon was buried alive in his sleep along with the rest.

Siwon did not panic, merely welcoming death if it had chosen to come to him in such a matter. Indeed, the incessant flailing of his arms and legs surely weren't of him trying to bring himself out, but of a celebratory dance indicating the arrival of the Jaws of Death. And once the Fiend Knight was able to breathe once more, his festive sway stopped at once as he focused on pulling himself out of the mound of snow.

"... In the end, everything shall fall. Such is life." The Fiend Knight quipped to himself once his upper body was free.

Once the rest of his body was finally unbound, Siwon quickly made his way to his gear, quickly shuffling for the collapsible shovel he has bought at town. His winter blanket had turned into a makeshift cloak, wrapped around him once again after having most of the snow clinging to it wafted off. Once the spade was retrieved, Siwon looked towards the others who had already awoken, his withered gaze stopping at Oscar.

"Ah, good, you're awake. Did you manage to catch anything live last night? If not, then I better start heading out and finding one myself after I'm done cleaning up this mess."

Before giving the hunter a chance to reply, Siwon turned back to the ruined hovel, popping his spade out and getting to work while grumbling about buying a tent or skinning a deer,
In (D&D 5E) The Tyranny of Dragons - Closed → 1 yr ago Forum: Tabletop Interest Checks
@CollectorOfMyst
I swear I've only read the synopsis on HotDQ's store page 😭

That said, the idea was that my character was ambitious enough to start his own cult from the ground up, but at the same time, it's more like he tried starting his own school club than an actual cult with the bells and whistles. To give a better idea of what I meant, I was envisioning using the "Charlatan" background.

I'd love to hear your other ideas, though~
In (D&D 5E) The Tyranny of Dragons - Closed → 1 yr ago Forum: Tabletop Interest Checks
@CollectorOfMyst
Would it be fine for a character to have some prior history with the Cult of the Dragon? While I don't plan to be a former member or anything, I do have a little reference that's tangentially related to my character's backstory. If not, I can easily make it work after Greenest~

My character idea is a failed cult leader for the Demon Lord Dagon who blames his lack of success to the Cult of the Dragon (out of belief that they stole the members of his similarly named "Cult of the Dagon"). Of course, if the knowledge of the cult's existence would be too much for a character to have at this point, I can always have him prospectively looking at Greenest to start his cult operations only to have whatever starting events kick off.

That said, I'm personally leaning towards being a more bulky class, myself. Probably a Fighter or Paladin at this rate, but Barbarian isn't completely off table.
In (D&D 5E) The Tyranny of Dragons - Closed → 1 yr ago Forum: Tabletop Interest Checks
@CollectorOfMyst
Mostly curious btw, but are you taking the most recent errata to account? I believe it contains the Beast Master update as well as allowing spears to work with Polearm Master, which is a personal favorite change of mine.

Actually had a bit of an idea involving my character's keepsake being a shard of the weapon he'd soon make a pact with, if that's fine to work with.
© 2007-2017
BBCode Cheatsheet