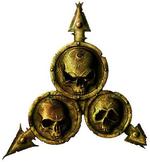 In a long-forgotten ruin the Grave lord sat upon a simple throne of stone, staring at the night sky through the broken roof with pinpoints of light emanating from his empty sockets. Ancient cobwebs cover his desiccated body, decades of neglect leaving armor pitted and flaking. The cloth of his robes crumbling to dust. Empty sockets of his skull fixed on the sky, the only changing scenery in the hall. Death of the Holy Empire granted the Grave Lord respite from their priests and paladin-knights. Allowing the servant of the Black God to await the beginning of his master’s dying curse.

The Grave Lord did not sleep however, he sat contemplating the dark rituals and runic sigils that gave him power over the dead. Recombining them in his mind to make more powerful and profane magics. Three hundred years after the fall of that holy kingdom the Grave Lord still hid from the world. Something new crossed the heavens before Mortan, it took several days before he became aware of what was before him. A crimson streak of light. As the Grave Lord focused on the comet. The splash of color he noted was in the constellation of the earth mother, a grim omen indeed.

As the gravity of the omen was realized Mortan’s eyes began to glow with brighter eldritch light as his awareness was dragged to the fore leaving the tangled ritual formulae he had been considering forgotten. “The blood star” Mortan spoke into the silence of the ruin, an omen he had only seen twice before. The comet had been in they sky, in the constellation of the priest, the same year Paterdomus collapsed. Only once before for a full week after his master spoke the death curse upon this realm. This time it spelled doom for the world itself.

The Grave Lord rose, flakes of rust and clouds of dust falling away, and stepped away from the throne he had sat upon for so long. He walked to the entrance of the ruin where sign of battle had long been covered over by nature and time, but some signs proved difficult to mask. A boulder laying in the rubble of cut stones or bones still clutching at the spear that ended their life. One such skeleton caught the Grave Lord’s attention.

He carefully disentangled the bones from its armor and plant matter that had grown from the fertile ground beneath it. In time the skeleton was laid out carefully and completely. Mortan gently removed the skull from the arrangement and began etching profane sigils into the bone with his claws. While doing this Mortan chanted weaving the sigils with arcane power. It took hours to cover the skull, once complete he placed the skull in an exact position of the arrangement and began the final chant.

As he murmured the words the bones slowly drew themselves together, snapping into place held together with dark magic rather than flesh. As the ritual completed a rush of power flowed into the bones and the skeleton jerked drawing itself up and stood silently awaiting orders. Mortan examined the skeleton briefly examined his control over the creature before he nodded, satisfied at the success of the ritual.
The Grave Lord ponders how the curse will take hold in this world, if nothing else the servants of the black god will need soldiers beyond what the fell creatures can provide. Soldiers he could provide. Before making war however Mortan needed to build the army, but he needed to learn what had become of the world during his hiding. While he hadn’t been sleeping since the fall of his master he was still out of touch.
In The Black Prophecy → 4 mos ago Forum: Advanced Roleplay
Grave Lord Mortan The Bone Shaper 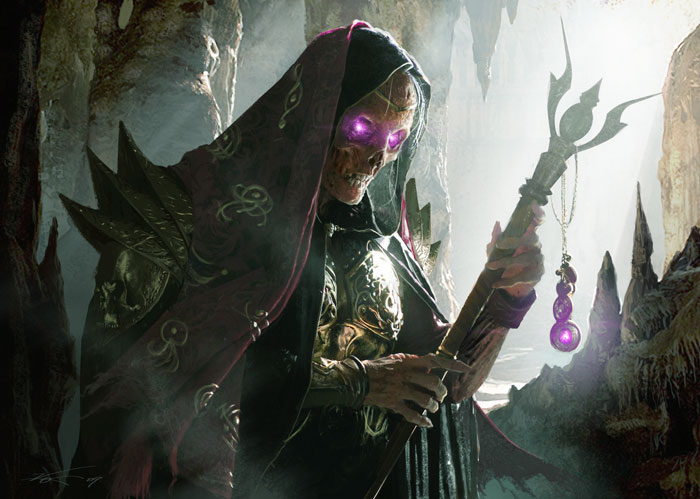 Our holy heroes and knights
protect your life
With their holy lights
drive back the strife
In The Black Prophecy → 4 mos ago Forum: Advanced Roleplay
Grave Lord Mortan The Bone Shaper

Edit: that is necromancy, raising the dead, black magic, etc. Basically a slow burn growing threat to the "good" kingdoms.
In The Black Prophecy → 4 mos ago Forum: Advanced Interest Checks
If there is room in this i want in, might rez a character idea for this one.
© 2007-2017
BBCode Cheatsheet