STATUS: Those partners you click with both IC and OOC. ❤️ 2 yrs ago 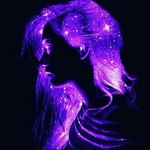 2 yrs ago
Current Those partners you click with both IC and OOC. ❤️
14 likes
2 yrs ago
yeah sex is cool but have you ever made a vine reference and had the person you were talking to respond with another vine reference
8 likes
3 yrs ago
If I were actually funny, I'd make a great comedian.
5 likes
3 yrs ago
Nothing will ever be as satisfying as finishing replies to all of your roleplays.
7 likes
3 yrs ago
Gotham City would be doomed if they had to signal Batman during the day.
7 likes

One day in the woods, they encountered an unfamiliar girl. Her skin was as white as snow, her lips as red as blood, and her hair as dark as ebony. She was Winter. After being driven out of the kingdom by the Evil Queen, she thought she was bound to starve to death in the woods. But the dwarves, who would normally be dismissive of a human girl, see something intriguing in her eyes: a thirst for revenge.

Your character(s) can be anything: one or more of the dwarves, a hunter who is sent to see if Winter is dead or not, the Queen’s son, etc.

A great ball was thrown in order for the Prince to find a bride. However, only Princesses from other kingdoms were invited. While those ladies were drinking and dancing, Cordelia was slaving to her stepfamily’s every whim. Now, only a month after the great ball, another celebration has been arranged. It is to celebrate the Prince and his new fiancée’s engagement. Cordelia has plans of her own, as well. In less than six months’ time, she will escape her stepfamily’s house under the cloak of night. She will flee to another kingdom, where she will finally pursue her dreams away from the abuse of her stepmother and stepsisters.

But first, she intends to attend the Prince’s celebration.

After trying to conceive a child for years, a poor villager and his wife were finally blessed with a daughter. They named her Raine. Unfortunately, as time went on, it became evident that she cared for nothing aside from her beautiful blonde hair. Her chores would be ignored for the sake of brushing it, and her learning would be procrastinated for the sake of washing it. The golden locks were never cut, for Raine couldn’t bear to lose any part of her prized possession.

When she was nine years old, times became rough. Famine cursed the land. The young girl’s parents made an exchange with an enchantress who lived nearby: if they gave her Raine, the enchantress would ensure their garden’s crops would thrive. The enchantress agreed. For the next ten years, Raine was confined to a tall tower that only her new caregiver knew about. Everything was peaceful.

That is, until somebody unfamiliar suddenly arrived at the tower.

This will be MxF, with me playing the F. You do NOT have to be male in real life to play the M, but please don’t make him incredibly submissive. Also, I know I talked mainly about my own character in the plots, but that is only because I wanted to leave as much room as possible for you to freely create your own character. In other words, this will not be a roleplay that’s all about me. Your characters are important, too.

I prefer to RP in PM. Romance is nice, but it is not a must. 18+ content may occur; please tell me if you’re underage or uncomfortable doing it. Let me know if you have any questions, and be sure to specify which plot you’re interested in when you message me.

Now, let’s make some magic happen.
In 'Til Death Do Us Part → 3 yrs ago Forum: 1x1 Roleplay
Sam was finally home, and Brooklyn was thrilled. He looked years younger than he did during the trial and his personality was just like she expected it to be: pure. Having his to-be wife pass away on the hands of his father had gradually taken a toll on him, which she didn’t fully realize until now. It was immensely relieving to see him appear and act innocent once more. Before she even knew what was happening, tears of joy started rolling down her cheeks.

Unfortunately, there was an underlying dread. At some point she would have to tell Sam about Harvey. How she was going to approach that, she wasn’t sure of yet; she feared that Sam would suspect her to be insane if she started talking about her death, Levin, Sawyer, and everything else that would come up if she talked about the past three months truthfully. For now, though, she pushed those feelings to the side to the best of her ability. There was no way she was going to ruin this moment.

“Sorry,” she murmured, wiping away her tears. “I guess I’m feeling extra emotional today.”
In 'Til Death Do Us Part → 3 yrs ago Forum: 1x1 Roleplay
It was an immense relief that no mortal sin was committed. That night, Brooklyn could hardly sleep. Thoughts and expectations for the next day danced around in her head; for finally, after three months of waiting, she would be granted life once more.

When her eyes opened the next morning, everything was white. Footsteps were heard approaching from behind. Brooklyn grinned. Turning around, she saw that it was Dog walking up to her- just like she expected. He looked exactly the same as he did when Brooklyn last saw him. “Hey Lynnie,” he greeted, flashing her a white-toothed smile. To her surprise, he pulled out a confetti popper and released it. Little stands of confetti flew out, one of them landing on top of Brooklyn’s head. Dog picked it off for her. “Congrats on making it through those three months. I knew you had it in you.”

“Thank you,” Brooklyn replied, returning the smile. “But it honestly wasn’t difficult at all. Sam has remarkable control over himself.”

“Not just that,” Dog added, “But he can also has a naturally good heart... unlike his father. Well, anyways-“

“-Wait! Dog, what do you know about his father?” Brooklyn intervened. The more she knew about Harvey, the easier it would be to avoid his wrath once she returned to earth.

Dog smirked. “My dear, I know everything about everyone.” He held up a finger. “But! I am not permitted to reveal any information.”

Brooklyn looked at him pleadingly. “Please, Dog. Can’t you at least tell me how he knew I was leaving the house on the night of the accident?”

He tapped his chin thoughtfully. “Well... I can’t outwardly tell you, but I suppose I can tell you that the answer rhymes with lone.”

“Phone... was he peering through the window at my phone?”

“Can’t tell you that, Lynnie. But I suggest that you dispose of your phone and get a new one.”

Brooklyn’s eyes widened. “Get a new phone? Did he hack into mine? What about Sam? Is his phone safe?”

Stuffing his hands into his jean’s back pockets, Dog chuckled. “You’re quite curious today, aren’t you, Lynnie? I’m sorry, but I don’t think I should tell you anything else. I don’t want to put my job on the line.”

She sighed and looked away. “I’m sorry. But Dog, while there’s still time, there’s something I need to tell you. My body...” Her gaze, now filled with sorrow, returned to him. “...it’s been reduced to ashes.”

“I know. As I already told you, I know everything about everyone.”

“But how can I return to earth if my body doesn’t exist anymore?”

Dog laughed. “Oh, Lynnie, You never would have returned to that body in the first place. It would have started decomposing by now plus it was covered with injuries.”

An embarrassed blush covered Brooklyn’s cheeks. All this time, she had been fretting over nothing. But now, a new point popped into her head. “Dog,” she said, “When I return to earth, what if people go into shock? After all, my funeral already happened. People are convinced that I’m forever dead.”

“This isn’t the first time that I’ve given a person a second chance at life,” Dog reminded her. “I always wipe people’s memories regarding that person ever dying. Easy peasy.”

Brooklyn shook her head. “But the circumstances of my death weren’t normal. There was even a trial about it. Doesn’t that change anything?”

“We should have talked this out more before the contact,” Dog muttered as he rubbed his temples. “You’re one tough cookie, Lynnie. What do you want to do? Go back in time?”

“I was being sarcastic.”

“But is it possible?”

Brooklyn’s gaze was pleading. After staring at her blankly for a few seconds, Dog finally caved in. “Yes, yes, it’s possible. But don’t make the same damn mistake of going to Ella’s house again.”


The hands of time rewound. It was December 18th once more, and nobody, with the exception of Brooklyn, had any memory of what had happened previously. This was a fresh start. Brooklyn stood in the living room with Louis sitting nearby on his play mat. He looked three months younger than she remembered him to be. There were no longer wings on her back nor was her skin glowing. From the couch, her phone buzzed with a text.

Ella: want to come over to sing some holiday tunes? i got wineee. ;)

Then her grip around her phone tightened. If Harvey was monitoring everything she did on her phone, it would be wise to destroy it. But maybe, just maybe, Brooklyn could figure out how to use this to her advantage. After setting down her phone, she walked over to her son and sat next to him. “Hello Louie,” she cooed. For the first time in three months, he reacted to her. A smile spread across his face and he kicked his legs in response. “Aww, I missed you so much,” Brooklyn spoke, taking one of his tiny hands in hers. He no longer had to grow up with only one parent. The other parent was going to arrive home from work soon, and Brooklyn couldn’t wait to see him.
In 'Til Death Do Us Part → 3 yrs ago Forum: 1x1 Roleplay
"Sam, no!" Brooklyn exclaimed as Sam dove out of the stands. Everything had been going so well on his part, therefore seeing him suddenly act up was a huge surprise. She could only see blood lust in his eyes. In an instant, Brooklyn was standing up and running after him. If she didn't do that, he would soon commit the worst mortal sin: murder.

"Please stop," she begged to him mentally. Then she turned to the young officer who was aiming his pistol at Sam. It looked like he would shoot any second. Terrified, Brooklyn lunged towards him and smacked his pistol out of his hands. To any bystander it would look as if he clumsily dropped it. The officer himself was shocked and quickly bent over to pick it up, only to have his handcuffs 'mysteriously' click around his wrists. He let out a yell for help as the other officers scrambled for their own weapons.

"You won't murder me!" Harvey taunted Sam. "I see it in your eyes, my boy. You're scared. You don't have the heart to end my life because you're too much of a goddamn coward."

"Silence!" The judge ordered, sending a glare down at Harvey. "There will be no more words from your mouth. Officers, one of you free Mr. Lake- it looks like he somehow handcuffed himself. The rest of you must contain Mr. Samuel Hanson, he is acting like a threat to his father and to the rest of us."