In Ark Riders → 2 days ago Forum: Casual Interest Checks
I'm currently debating how over the top I want my character to be.

Do I remember how to format things here?
In Tower of Fable → 14 days ago Forum: 1x1 Roleplay 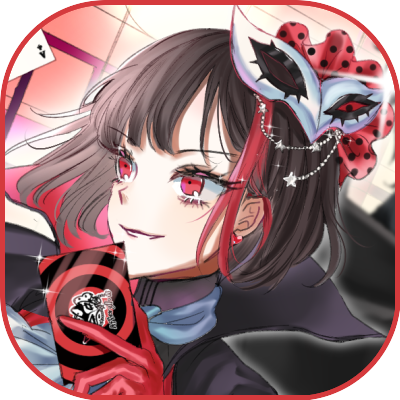 "My my.... Uhm... Nevermind, nope." Caprice started like she had something to say, but before should say a single thing of value, her words caught on her tongue and she ended up just covering her face.

What had she just seen? What was the meaning of it? Did someone just die and come back to life? Is death real in this place? Are we just special? Maybe it's just them? But the snake kept coming back too? Maybe that means the snake was a person? But the snake didn't come back the second time so maybe it's a lives system? Or it was just built different than other monsters? Seirei cards can rebel?

Caprice was an expert at acting nonplussed but even this was a bit much for her. So she quietly stepped inside, sidled behind Thomas and pretended very hard that nothing was wrong, even if her head was spinning and her steps unsure.

"Oh right I can heal people!" It took Caprice a minute or two of standing there blankly trying to process things before she finally came to a useful realization.

She stepped out from behind Thomas pulling out what looked at first like a rolled up red cloak or carpet. She flapped it, and it unrolled out onto the floor, a long red sugar candy. When it finally stopped within arm's reach of Riku, the last flop revealed a nice arrangement of digestive biscuits with a half chocolate coating. The biscuits, if eaten, would finally live up to their name and more with the minor healing powers Caprice could muster.
In Tower of Fable → 29 days ago Forum: 1x1 Roleplay

Caprice had sought a script or libretto that would explain the action upon the stage. Lore or clues to part the curtains that still shrouded the meaning behind the rules of the game. Alas these mysteries would remain unanswered.

But something about what she did find allured her nonetheless. A little hand mirror. It was not gilded like the valuable treasures that had rained down like a piñata's prize at the end of the last act. It held some charm regardless. Perhaps the shopkeep would buy it anyway but... As Caprice picked it up and stole a coy glance of herself, she found a smile upon her lips, framed by her fingertips.

She had meant to do some reflection after her actions in the last level, surely a mirror would be handy for that? Or perhaps she was simply obsessed with herself? Given the subject of her reflection was her own self-obsession, it was a gnarly knot that twisted itself around her mind. Still, she slipped the small mirror away. She was keeping this one.

The sound of a certain boy's words tickled her ears, and Caprice finally looked up to spy Thomas taking his leave. His words had not communicated the message with Caprice's lack of attention, but his actions certainly did, and Caprice followed him.

She felt a bit tired of running so she decided to skate after him, laying down a path of frozen sugar ice in front of herself to traverse upon candy cane blades. Not exactly as maneuverable a method as simply running in these winding ways, so she lagged a little behind.

Patting the hand mirror beneath her clothes, Caprice muttered to herself, "I suppose this makes me the thief we're trying to catch? Mmm, I'll have to have a bone or two up my sleeve in case the butler shows himself again."

Caprice maintained at least enough awareness to keep a better eye ahead of her this time, ceasing her frosty shenanigans and quick stepping to a halt several yards behind Thomas to remain well out of accidental glaive range.
In Tower of Fable → 2 mos ago Forum: 1x1 Roleplay

"Awww...." Caprice couldn't help but smile at the displays of kindness and ... other things being displayed as the party tended to their wounds. It seemed she wasn't averse to public displays of affection.

Still, it seemed they would take a little while longer to dust themself off, and having not been in the main melee herself, Caprice decided to take a moment to look around. If this was a theatre after all, where was the director's scripts? Did the snake guard anything or was this a random encounter in the game?

For as long as the others took to collect themselves, Caprice set about searching the place, peering under seat-cushions and behind curtains.
In Tower of Fable → 2 mos ago Forum: 1x1 Roleplay

"Order up." Caprice declared in a loud clear voice to get Thomas's attention before a pizza was sent spinning towards him. It unnaturally hung in the air like a frisbee, and didn't send its toppings flying in all directions like a natural pizza should, so this was obviously some sort of magical pizza.

"I'm not sure what good generic healing magic will do against whatever malignant poison this could be, but it can't hurt her chances to be in good health. And there should be plenty for you if you took any hits." Caprice explained her sudden impromptu pizza delivery.

"Now that I think about it, a pizza might not be the easiest thing if any swallowing difficulties start. If that doesn't work for you, I can come up with maybe... cotton candy or something? Not being able to make cups makes liquids problematic." Caprice looked down thinking.
In The Devil Hunter Agency → 3 mos ago Forum: Casual Roleplay

A wise man once said, "Something something, a thing that's moving stays moving unless something something" or something like that. Thus, while Da-Xia's motorcycle abruptly stopped (not being enchanted), Da-Xia was still moving forward. With only one hand on her bike, she didn't quite have the gripping strength to stop herself from flying forward off her bike.

And thus, for the second time in less than 24 hours, Da-Xia was embattled in fierce melee with a tree, though significantly less gracefully than last time. Her lance had flown free of her hand imbedding straight into its trunk, while the top half of her body had been stuck into a tangled set of branches and greenery. Her only visible part, her legs, kicked and struggled to no avail.

"Alas, foul fate has beset me! A tricksy demon must have ensorcelled my loyal steed! Can anyone- oh dear!" Da-Xia managed to plead for help for a few seconds, before the tree started to fall, dealt a mortal blow by Da-Xia's mighty lance. Creaking and cracking it broke and fell with a mighty thud, Da-Xia's legs shocked straight for the moment of impact before slumping. It seemed The Knight Errant was down for the count.
In Tower of Fable → 3 mos ago Forum: 1x1 Roleplay

Caprice's first instinct was to simply slam the door shut in the snake's faces. And so she did. Of course, the vast writhing mass of so many powerful snakes would not long be hindered by such a paltry slab of wood, and they quickly burst through to make their escape or attack as the case may be.

Cartwheeling to the side, Caprice launched pies in both directions, both as a delaying action to slow the slithering pursuers, and to bust through a nearby window for Caprice to nimbly leap out of, sans glass based lacerations.

Summoning one of her signature licorice whip ropes around a gargoyle, she swung around, back towards the building, but shifting horizontally to come back inside a different hall than she left. Launching a very large oversized pie through a new window as she careened back, she landed on top of the thrown pie and used it as a sliding coaster to slowly arrest her momentum.

Landing on her feet just as it came to a stop, Caprice took the shortest moment to dust herself off, bits of sugar, creme, and other confectionery falling off at her magic's command. "Mmm, the sliding platform trick is quite a clever idea for mobility. I shall have to thank Kanbaru for that."

She was hopeful that her maneuver had lost any snakes still pursuing her, but that was ultimately irrelevant, as her next action was to open the door next to her, which if she had judged the distance to the end of the theater room correctly, must be the cast entrance to the Theater room. She still had some teammates to rescue. Or at least as far as she knew, as she hadn't been there to witness the latest Serei cards used.
In The Devil Hunter Agency → 3 mos ago Forum: Casual Roleplay

"Yes! That is point of the joke, motorcycle is not stealthy!" Da-Xia smiles and nods at Kaze, apparently quite pleased she had 'succeeded' at telling joke.

"Hmmm... How to get civilians away from the scene as fast as possible... Aha!" Da-Xia ponders for a moment, before apparently coming up with an idea. She gunned her engines and flung herself wildly at the nearest band of civilians, waving her lance.

"I am crazy foreigner on motorbike with lance! I am going to kill you all! MWAHAHAA!" Da-Xia proceeded to chase off the civilians from the scene, by pretending to ride them down with her motorcycle, encouraging them to flee with melodrama and near misses.

As she passed back and forth maintaining her perimeter, she was able to yell a few words of encouragement to the team as she passed nearby with her wild riding.

"Pretending to be bad guy is fun!"
"But do not worry, Da-Xia is only pretending."
"Though I understand if you doubt me, Da-Xia very good actor."
"Da-Xia played a moose once in a school play!"

Between her sporadic dialogue, only her engines, mad cackling, and the terrified screams of civilians could be heard. It probably wouldn't be that long until the police were called again.
In The Devil Hunter Agency → 4 mos ago Forum: Casual Roleplay

"So... We are to walk around here and look for strange sights? Well. Hopefully whatever devil thing there is as good at stealth as me." Da-Xia putted slowly onto the scene onboard her motorcycle. She came to a stop besides the others.

Da-Xia certainly looked a bit out of place in the park. In a most positive outlook, perhaps she would distract people away from other things? Still, she seemed a bit out of her element where searching, thinking, or anything but direct chivalrous assault was concerned. At least she seemed mildly cognizant of that.

"Oh! And I found out what the black rocks were. Or at least what the nice demons at the bar told me." She suddenly exclaims as she realizes she may have valuable intel. She lets the info out as a burbling stream all running together as soon as or even before she thinks about "It seems like they're the seeds or egg or something of a new demon. A new demon that's so strong, that before it's even born, it's capable of having an Envoy demon person who seems really strong, and also it can call all demons to it or something. And the sentiment seems to be that because I set the warehouse on fire, it's going to be hostile to the DHA and potentially humanity in general when it manifests. Sorry about that."

"But worry not, for if it decides to bear its fangs at humanity, I shall stand fast against it!" Da-Xia dramatically raises her lance to the heavens.
© 2007-2017
BBCode Cheatsheet