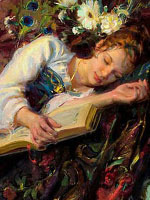 “Politics is ugly. Never doubt what small men will do for great power.”
Paolo Bacigalupi, The Windup Girl

Ballad of Serenity
I am not a princess

In Private - TDN && Xhala → 3 yrs ago Forum: 1x1 Roleplay
Yeah . . . so . . . working on it . . . sorry
In Private - TDN && Xhala → 3 yrs ago Forum: 1x1 Roleplay
With a smile she took the cup from him and brought it to her lips. The sweet mead burned on her injured lip and made her flinch ever so slightly. But by Ardebit - this was just what she had needed! After her generous sip she handed the cup back to Rhoynar. They sat in silence, passing the cup between them until the last drop was emptied. Miraculously the cup was filled - by a passing sailor or Rhoynar stood up to refill the cup.
The sun set, colouring the sea into a deep dark orange before sinking into the waves and vanishing from sight. The moons came up as the sky turned dark and stars appeared in the evening sky. Illinfer leaned back, a sad smile on her lips. She closed her eyes for a brief moment, thought of home, the forest, the rolling hills, the snow peaked mountains - and her son. She had left him with his grandparents in a small village, not known to many. A tear rolled down her cheek as her smile widened. In her mind her son was playing in the fields his father used to play in as a child. He was wearing his fathers helmet, swinging a stick and shouting ‘Halt! In the name of the fire guild!’. Feeling the dizziness of the drink she opened her eyes and looked up at the dark night sky. Clouds hung over it like soft translucent cloth. „It’s so peaceful out here.“ She almost whispered, the wind tickling over her neck and playing with her raven hair.

Illinfer turned to Rhoynar, looking him straight in the eye. Her body was stretched across the floor, her ankles crossed, her upper body propped on one elbow. The ark of her neck as she angled her head towards him almost glowed of her pale skin, the dark mark of her brawl the previous day still visible, like a shadow wrapping his hand around her throat. „Do you have any regrets? In life so far? I mean . . . we might not be coming back. Are you . . . are you content?“ Her eyes grew a little bigger as the words left her lips. „I sure do! I have a lot of regrets - but only one thing I would change . . .“ her voice trailed off as did her gaze, wondering off into the distance. She couldn’t leave her son without a parent! If only she had been the one to go to the mission her husband had died in. Her son would still have a father - someone much stronger than herself.
In Private - TDN && Xhala → 3 yrs ago Forum: 1x1 Roleplay
No worries
In Private - TDN && Xhala → 3 yrs ago Forum: 1x1 Roleplay
Bump!
@TheDookieNut I know, it's been a long time. Sorry 'bout that. Hope the post is to your liking ^^
In Private - TDN && Xhala → 3 yrs ago Forum: 1x1 Roleplay
A slight smile played on her lips while she listened to Rhoynar. Then he suddenly stopped and for a brief moment Illinfer wanted to lean in a little closer to make sure she caught the words spoken next. The mood had changed so drastically that she felt her heart sink, her stomach clenching. She should remain calm and all would be well? The northern woman quickly bit her lip and looked out to the ocean, stifling a chuckle. Those were the words of the same man who a night before had almost killed a man who happened to be at the wrong place at the wrong time. No, she wasn’t like that. Emotional sometimes, yes, but who could blame her.

Illinfer turned back towards Rhoynar, smiling gently. „I am sure, with your guidance, we won’t run into too much trouble.“ She paused for a moment, regarding his features. Something was bothering him. She could tell by the slicht furrow in his brows. Not daring to ask she closed her eyes and leant back against the railing. Her head tilted backward, exposing her pale neck with the bruises of the past nights fight. The wind caught her raven hair and made it dance in the sunlight. It was peaceful here and she would be damned if she didn’t enjoy it!

The day passed swiftly, the winds were with them and the sun had shone down mercilessly. Evening approached as Illinfer sat down on deck, rubbing her lips with the paste she had been given. Never would she have imagined feeling so dry and thirsty aboard a ship surrounded by nothing but water. Dinner would be ready soon. From what she gathered it would consist of bread and fish jerky. The latter she didn’t favour too much, but she knew she needed to eat to keep her strength. After all, they were just at the beginning of their journey.

She looked up as she heard Rhoynars voice. Had he settled where they were going to sleep? The captain had said something of the deck, which wasn’t a very comfortable place to sleep. Rhoynar had volunteered to clear things up and get them hammocks under deck.
In Private - TDN && Xhala → 4 yrs ago Forum: 1x1 Roleplay
@TheDookieNut

Sorry it's taken me this long again. >.<
Hope it's to your liking
In Private - TDN && Xhala → 4 yrs ago Forum: 1x1 Roleplay
The fruit was taken from her hand, replaced by the steady wind surrounding them. Illinfers grip on the railing tightened further, her nails biting into the wood as the ship moved in the waves. To distract herself from the moving horizon she settled her eyes on Rhoynars hands, watched as he peeled the fruit and listened to his story. A smile appeared on her face, soon replaced by the empty gaze of memory. It sounded so familiar, a boy tricking his parents into thinking something had happened when it was nothing more than a prank. She took the fruit from his hand, looking at the vibrant colour. The juice of the Rakt Phal stained her lips as she ate, giving her features a different look.

"Tell me more about yourself, Illinfer. You've spent your journey learning about myself. I know very little about you." A little surprised she took a step back, feeling the railing in her side. „That isn‘t true. You know the most important things about me. That I am in the fire guild and that I am a widow. Things not everybody knows . . . My life was moved. I lost my mother when I was still very young. I have a brother, but only Ardebit knows where he is now. He‘s always been one to wander.“ Her gaze drifted out towards the open water. She bit her lip. He had revealed a secret, the fear for his family. Was it now her turn to repay that trust? Would she dare tell him what was waiting for her upon her return? Her thoughts played in her features, the inner talk about the fine line between responsibility, loyalty and trust.

With her back turned towards the happenings upon the vessel she didn‘t see the man approach. „There is one thing I might . . . „ The foreign words made her jolt and spin around, hand upon the hilt of her sword. She quickly loosened up and smiled at the new arrival, likewise extending her hand in greeting. Had Rhoynar heard her? She didn‘t know if she could muster the courage to speak about her home later on, unprompted.
The captain and Rhoynar exchanged a flow of words she didn‘t understand before changing back to the traders tongue. The northern woman answered the questions towards her politely but without giving away any real information. When she could finally retreat from the discussion politely she did, turning her attention to the ocean. She got pulled into the view of the water rushing by.