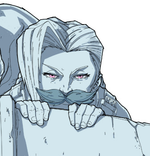 In Café Crème, the Catmaid Café! ♥ → 2 yrs ago Forum: Casual Roleplay
My last exams are gonna be then too! I've been FLOODED with stuff / practical lab experiments that take far too long and-- *Drones on about this in great detail for 3 hours* --exactly why we shouldn't do them at the end of the academic year. But I've got a very INNOCENT post up. 9.9 Mari sure is a great sport!
In Café Crème, the Catmaid Café! ♥ → 2 yrs ago Forum: Casual Roleplay
“You’re a good kid, Mari. You’ve earned it, eat away!” The green-light was ever so graciously given, as he thumbed over filters, sparkles, zooming into this and that to ensure that only the worthy would be privileged onto -his- social media. A moment of panic set in, was that a blemish? Ah, heaven no, a flick of his finger discarded a speck of dirt or dust. Close call! Once that the utter perfection that was their selfie had hit the masses, no doubt reaping in all the hearts, thumbs and smiling reactions imaginable, could Daehyun be pulled from his phone. Him? Eat something?

“Oh I’ve had breakfast, yeah? You enjoy the crepe—infact walk and talk, walk and talk, Mari! We’ve got a mission to do, we can’t just loaf around.” …Because it had totally been Mari’s idea to do all this. At least he had the decency this time to stroll at a more casual pace.

“Besides, I wouldn’t repeat this to everyone back at the café, but I don’t really like sweets or cakes.” Daehyun placed an index finger on his lips gently, in an attempt to usher poor Mari into a binding secrecy.

“Don’t get me wrong, the café food looks amazing, I just don’t have a sweet-tooth. I’m more of a… scald, burn and disintegrate my mouth and throat with spice, kinda guy. Until they start serving a spicy BBQ cake, miss me with it.”

Blasphemy aside, they were gaining their way to the shop. The shop that was SUPPOSED to be around the block and wasn’t supposed to be taking them the amount of time he’d wasted on selfies and free advertising. Infact, there was the audacity to wistfully stare into the arcade centre too, as he forced his legs to carry him by. He could beat some high scores in there—but Mari’d probably get bored, that was the deciding factor that drove him towards their destination.

“If you don’t mind me asking this.” He began again, feet stopping just outside of the automatic doors heralding the grocery store, in case Mari had to finish off her forced brunch. Hands thrust into his pocket; the tall lad paused only briefly before sauntering in past the air-conditioning. “You seem really young to be working. You got a family?” Maybe it was the chill from the fridge section with all the milk, but something seemed to have slowed him considerably. Either he was -40 ice resistance, or something was troubling his one-track brain. Absently, he reached out to pick up… cold coffee? It looked like a bottle of pre-made latte. What was the world coming to? Daehyun’s smirk was growing wider. Of course, he picked up a bottle of regular milk too, but... pfft.

“You hold the regular stuff, alright? I’m gonna walk in all; ‘Ah Minkyu, we decided to save your time and get you this to heat up.’ That’ll be funny. Besides I like this stuff anyway.”
In Café Crème, the Catmaid Café! ♥ → 2 yrs ago Forum: Casual Roleplay
Despite my current exams.

-Ties myself to the tree-

“Did Amelia say that to you? Did she say, Mari, go straight to the shop and back? She didn’t say it to me.” His arms helpless shrugged upwards, eyes vaguely widened, and lips pursed towards one side. It was a practiced innocence. “March is a busy bunny; we can’t just inconvenience the chef like that. It’s rude, Mari.” Matter of factly spoken, as if this entire move was her decision, and she couldn’t go back now. Dark pools swiftly followed her vision to the strawberry crepe, theatrical arms falling to his sides... and then a finger curled around his chin in thought. Whatever he was thinking, it inspired his head to nod.

Popping the button on his wallet, the exchange was begrudging between a suspicious waffle-chef and a smarmy Daehyun. A crepe, wrapped in doily paper and loaded with strawberries and chantilly crème, was all but thrown at him, plus a cup of… some kind of coffee that contained ice. It broke his heart to betray Minkyu this way, but what coffee was he going to be making without milk? Not the sort Daehyun wanted to sip. Within moments he had turned to Mari with the item, holding it down towards her. Wide grin permanently etched onto his lips; one eye winked towards her.

Not until he fumbled around and replaced his wallet with his phone, leaning in to sidle his head—and beverage next to Mari. It was curiously absent of any waffle-shop. “You on any social sites, Mari? They’re a big hit—and good for checking out new places. Big smiles now. Let’s look cute for Amelia!” Reflecting back with… pink filters, and sparkles and erm, whiskers. He moved the phone upwards, decided Mari’s shortness would benefit. They called it cute factor, he decided.

“Don’t be shy now, one picture and we can go get milk, yeah? Get this up before lunch time and we should be -very- busy.”
Mr Popular over here. A single pause was all he spared the poor lass, as if he'd suddenly been hit by a hammer.

"You're alright getting your picture taken, right? It's only going up on my page."

HE TAKES YOUR MARI
In Café Crème, the Catmaid Café! ♥ → 2 yrs ago Forum: Casual Roleplay
@DestinyStar

“Yeah? You don’t need to be so formal around me.” It was only a suggestion, given that he failed to be formal around… anyone. Hopefully avoiding an eventual future where he head-locked and ruffled Mari’s hair, Daehyun pursed his lips in thought. She’d had breakfast, that made sense. So had he, after all. Footstep after footstep, painfully slow ones, the lad pondered with a finger placed onto his chin. His eyes darted to the street buildings, eyebrows bobbing away.

“Yes, yes I have Mari. How troubling it is, too.” What nonsense was he prattling? Suddenly, his footfalls became faster, hand outstretched to beckon the young lass along! His smile was wide, eyes alight with the sort of mischief you’d expect from a child. In fact, his excitement was so great, he just snatched up poor Mari’s hand. Go easy on her? Not a chance! He’d drag her like a doll through the streets, obliviously.

“But we’ve not had brunch! Which is probably an important meal, I mean, it’s half breakfast.”

It was almost teleportation, the way he dove across streets and weaved amidst the pre-9 o clock rush hour. Everyone, getting ready to go to work! Meaning that… the waffle-bar was totally open. Pancakes and waffles, to be precise! Strawberries, chocolate, golden syrup, sprinkles! Occasionally, he’d spare a manic glance to Mari, just to make sure she hadn’t become swept away by the crowds. If he lost her, there’d be headhunting involved. His head.

“What do you want? I’m buying—and unless Amelia snuck some money into your pocket, I’m buying the milk too.”

The sweet aroma of syrup filled the air… wafting from a static-van down the street. A small, but less humble operation that their little café. It had a que already, but that was fine. Daehyun adjusted the kitty-ears and strolled right on up. He spoke a little louder than he had to; “Our Cat-Cafe will be busy, preparing all those delicious items for lunch-time, eh Mari?”

He was shameless… but with a plan. People were turning, and even a few were fawning. That girl was so cute! So adorable-- and hard to miss, with the yellow fabric.
In Café Crème, the Catmaid Café! ♥ → 2 yrs ago Forum: Casual Roleplay
what are these STINGING opinions u all have of my poor, shallow boi...
© 2007-2017
BBCode Cheatsheet