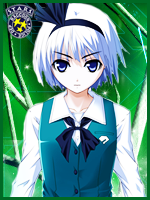 In Is Your Next Door Neighbor an Alien → 2 mos ago Forum: Off-Topic Discussion
Aliens have invaded the earth! Remember Final Fantasy: The Spirit Within when a spirit army came from another planet? Well, it's kinda like that except the spirit army got to earth via hundreds of UFO crash sites scattered around the earth since the 1900s and instead of killing you instantly like they do in Final Fantasy: The Spirit Within they do one of two things: they body snatch you and control your body or they make you hear voices and harass you with spells.

How to find them: They appear human on the outside, but if you dissect them they will be alien on the inside. Keep in mind, a simple X-ray won't always work because aliens can hack any form of technology and hack the results into whatever they want. They can change the amount of a deposit, change the date on a stolen vehicle report on the computer, change the photo ID of a finger print match, change the results of a computer based election, make computers, TVs, washing machines and all other technology not work.

Aliens hear thoughts. Yes, the fact they hear your thoughts means that your personal information is at risk all the time. My alien neighbors have changed my passwords of my sites on me several times. Keep in mind, hearing our thoughts will make them know things about us that they should not know, so if you find someone saying something about you that you've never told them before, then you have probably found an alien.

Keep in mind, aliens are dangerous and highly hostile to normal humans. They have already infiltrated many forms of government including police, hospitals, Senators, and the FBI, so they won't hesitate to use their alien infiltrators against you in case you find them and try to expose them.

Unfortunately, their infiltration of the human government isn't the worst that they can do. Aliens have psychic powers and magic. Once their alien soul (aka astral projected soul copy) gets inside of your body, then that person can either control you or make you hear voices. If they make you hear voices, then they will harass you over and over and never stop talking to you, which can distract you while driving and make you get into a crash or distract you while at work, make you make a mistake, and get you fired. Aliens can make you sleep, make you unable to sleep, make cuts all over your body, make your nose bleed and never stop bleeding, give you the flu, give you Co-vid 19, give you the chills, make your hair grow instantly, make your finger/toe nails grow faster, give you a heart attack, give you a stroke, damage any organ in your body, heal any organ in your body, make you cough over and over for over a year, eat your soul so you don't have emotion anymore, take control over humans/animals to make them into puppets, make you angry when ever you want, turn off your genitals so you don't feel pleasure anymore, make you fat, make you hear ringing noises, make you poop, stop your digestion so your stomach feels bad. Basically, aliens can kill you from several miles away just by thinking about you being dead.

Alright, now that all the are you crazy or drunk or on drugs questions are done with and all the see a doctor for the mental disorder are also done with. Are there any of you on this site willing to take me seriously? I am NOT crazy. Witches are real. Witches have been on the earth for over 40,000 years. Jesus Christ from The Bible and the Salem Witch Trials are proof of their existence in history. And, yes. I did mention the arrival of aliens during the 1900s.

Let's try to explain it.

40,000 Years Ago: Jesus Christ type aliens land on the earth, make humans, stop breeding, grow old/die, then reincarnate as humans with powers, which is why Jesus Christ could do so many cool things.
1900s Alien Invaders: These are brand new alien arrivals who first tried to take over the Earth with Adolf Hitler. These aliens died from the UFO crashes all over the earth, then reincarnated as humans with powers just not as powerful as the Jesus Christ bloodline.

In other words, there are two subspecies of aliens on the earth.

The Jesus Christ aliens are good, mostly healing and answering of prayers. When you go to Church, these are the dudes that you are actually praying to. God just happens to be their leader. They are observers of human life, but usually do not interfere with the governing of humans or their warfare. These kind aliens let humans govern themselves. The people that they have contacted were usually in the form of dreams and these people were worshiped as prophets.

Alien Invaders from the 1900s are the evil aliens. These are the aliens I found living near me and are trying to kill me via torturing me to death (coughing all night, enlarging of the uvula or hanging gag thingy in the back of the mouth to strangle me in my sleep just imagine it being so large it completely blocks off the airway from my nostrils and prevented breathing from my nose, stopping my digestion so long I regurgitated vomit out of my stomach and into my mouth while sleeping, etc.) These aliens are NOT peaceful and are quite deadly. They can do many, many evil things to you just by thinking about it. My eyes have been opened. I have experienced so much torture. I haven't even begun to tell you all that they can do. These aliens body snatched the antisocial Adolf Hitler and transformed him into the talkative leader of the Nazi party, which lead to World War II.

Guess what? All the Nazi survivors fled to which country? Ukraine!!! The Nazi are at it again, and they just got a lot of weapons from Russia. My guess is the Nazi finished reincarnating and are ready to start another World War from the Ukraine. Did you know that Hunter Biden has land in the Ukraine? Because of this, Joe Biden is hearing voices from witches that lived in the Ukraine. Coincidence? I think not. The alien invaders are not to be underestimated. If my guess is right, the witches already control most of the Democrats and the FBI, which is why they gave Donald Trump so much trouble when he was president.

July 1947--Roswell, New Mexico
-- rancher W.W. “Mac” Brazel found wreckage on his sizable property in Lincoln County, New Mexico, approximately 75 miles north of Roswell. Several “flying disc” and “flying saucer”
-- He brought some of the material to Sheriff George Wilcox of Roswell, who in turn brought it to the attention of Colonel William Blanchard, the commanding officer of the Roswell Army Air Field (RAAF).
-- The next day, the RAAF released a statement, writing that, “The many rumors regarding the flying disc became a reality yesterday when the intelligence office of the 509th Bomb Group of the Eighth Air Force, Roswell Army Air Field, was fortunate enough to gain possession of a disc through the cooperation of one of the local ranchers and the sheriff's office of Chaves County.”
-- Yet, the very next day U.S. Army officials quickly reversed themselves on the “flying saucer” claim, stating that the found debris was actually from a weather balloon, releasing photographs of Major Marcel posing with pieces of the supposed weather balloon debris as proof.

Why? The souls of the deceased alien invaders entered into the bodies of the ranking officers and quickly changed the statements as a coverup. TWO DAYS! Two days was all it took for a human to be body snatched by an alien soul and be transformed into a witch!!!

1994 -- the U.S. Air Force released a report in which they conceded that the “weather balloon” story had been bogus.
-- According to the 1994 explanation, the wreckage came from a spy device created for an until-then classified project called Project Mogul. The device—a connected string of high-altitude balloons equipped with microphones—was designed to float furtively over the USSR, detecting sound waves at a stealth distance. These balloons would ostensibly monitor the Soviet government’s attempts at testing their own atomic bomb. Because Project Mogul was a covert operation, the new report claimed, a false explanation of the crash was necessary to prevent giving away details of their spy work.

"Yup." I smile. "Sure did." I grab her hand and take her into the bathroom. "Need help getting that dress off?" I ask, eager to see her without clothes on.

(Almost time to take it to PMs or are we fading to black?)
In The Hunger Games: Price of Victory → 3 yrs ago Forum: 1x1 Roleplay
"Yup, sure does. Can't wait to see our kids running all over the place." I say, locking the door to keep out room service.
© 2007-2017
BBCode Cheatsheet