How do you explain the kind of terror one feels when confronted something purely made of dark energies? It is more than a little surreal, but she knew at this point that she had no other choice but to defend herself. How she had allowed herself to be cornered into this situation, she didn't want to know, all that mattered now was survival.

Her stance was already up, right elbow up to be parallel to her shoulder, her left down and protecting her gut. Keeping her sword pointed at the enemy fifteen feet away from her, she would keep her feet shoulder width apart as she measured up her enemy. Death was heavy in the air, like a thick fog that wouldn't let up, but she would not be deterred. She was Annabelle of the Plains, a warrior who would be known as a living legend, and she would not be defeated on this day.

Golden psionic energy burst from her body as she responded to the overbearing feelings of dread with her own emotions. Using a Mantle of Awakening, she activated a Memory of Safety, feeling the barrier form around her body. She would need all of the protection she could muster if she was going to survive this encounter.

They stood within what looked like an active foundry, with rows on forges stoked to burning with fire. Near those forges were various tools, ten feet away from the space the fighters now stood in. Everyone had cleared out in fear for their lives, leaving just the two of them here to battle it out for their lives. Annabelle could feel the heat from the fires, she knew them to be deadly, and made it a note not to get too close. If the stories about this...this thing were true, then her hunt would now be at its conclusion, hopefully with her as roe victor. "Justice has come for you, monster."
Hidden 3 yrs ago → 3 yrs ago Post by Tasuke
Raw — 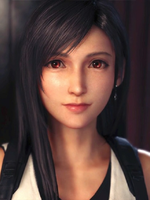 183 posts
in 2291 days
Seen 2 hrs ago
How daring a hunter to seek prey within eventide hours; one so experienced should know a monster is at their strongest when the sun’s blasted light vanishes over the horizon and plunges the world into lovely darkness. Yet here she is wandering within the hot, humid building where the reputed reaper resides whether by happenstance or fate; long have the workers left and only the metallic thud of her footsteps fills the otherwise silent smithy. It appears derelict while abandoned work is left to smolder in the fire pits and exude a steely odor so strong it rusts the tongue.

Surely the woman feels the hateful negativity permeating the air and increasing with each step but she proceeds boldly, eager to deliver the justice so deserved; with the kind of fearlessness and self-styled sense of responsibility which has killed so many similarly seeking warriors.

Then the awful metal shriek drags across the silence from behind one of the leftward stations ten feet away to announce arrival; perhaps one has stubbornly remained behind to finish their project, even more dauntless than the knight. A notion dismissed when the female figure emerges in sideways view with slow, shrilling steps: long, unkept black hair; crimson silk kimono and simple, clapping sandals as her frowning face remains sunken like a shamed child. They appear ignorant of the hunter as they tug their katana by the frayed cord of its handle: a brand made an ugly brown with corrosion and neglect while it carves hungrily into the floor. It’s not until the declaration comes that the entity stops.

“Justice has come for you, monster.”

She turns her beautiful Japanese face enough to reveal an awed opal eye. The surprise vanishes in a blink and rightward cant of the head as they turn fully toward what will become dinner; the other eye is patched by raven locks she glares with thirsty, excited gleam and yanks their sword into proper, level hold, idle at their right side and pointed forward.