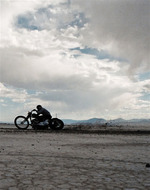 108 posts
in 2197 days
Seen 13 days ago
Diego rolled his shoulders as he removed his coat, placing it on the hangar by the door. Ruby told her side of the story, or rather what she was okay with Diego knowing. He cocked an eyebrow at the thought of what transpired in Blackwater. He remembered a few Pinkertons riding into town offering slum bosses money for any information. Diego knew of an Irishman who took the money and fed them some story that wasted their time, the same agents came back and beat the poor bastard in front of everyone in the street. These guys were legit, not the type Claude or even Angelo Bronte could pay to fuck off. If these were the same detective types that were after Ruby's outfit, Diego figured they must've made quite the mess.

Walking back over towards Ruby, who took a spot looking out of the window, Diego was able to get a real good look at her. Dios mio, the lady was beauty personified, with the type of mouth to make a big city gambler like him swoon all the way back to Saint Denis. She looked back at him and met his eyes and he paused for a moment before smiling at her and taking a few more step, "Never managed to forget about that night in Blackwater, myself." he smiled and began to move in slowly, the only noise being the bustle from the street outside.

Suddenly, a shriek like a million glass needles cut through the Valentine hum. Diego blinked and looked out of the window and into the street. A wagon was slowly being pulled into town, the two horses that drove it forward had their reigns gripped by mutilated, dismembered arms. In the saddle sat whatever dry innards that managed not to slip off on the ride in. The coach itself was covered in arrows, like a porcupine on wheels. On the top of the coach, a mutilated corpse, unrecognizable without the skin of its face, spread out like DiVinci's Vitruvian Man. What a blood curdling scream it was. A man approached the stage door and opened it. Out fell the corpses of the passengers, bloodied and contorted.

Diego took the cigarette he was about to light out of his mouth, trying to make sense of what he was seeing. He had seen plenty of blood, guts and death in the alleys and streets of Saint Denis, but the level of unexplainable carnage previously inexperienced was enough to dumbfound the man, even for just a second, he leaned forward, damn near pressing against the glass window.

"What the... fuck?" was all he could muster. In the distance, another shriek was heard, and on the opposite end of the street, a fire suddenly broke out behind the sheriff’s building. Something was coming, something evil.
Hidden 12 mos ago → 12 mos ago Post by Hari
Raw —

Member Seen 3 days ago
Hari
421 posts
in 634 days
Seen 3 days ago
Now, Ruby was no stranger to gore or violence. You didn't keep the sorta' company she kept, and grow up believing the world to be all daisies and rainbows. Even so, the spectacle that greeted her at the window churned her stomach. The Stagecoach laiden with corpses, or at least bits of them. Organs that should have been safely inside, were strewn all over what little remained. It was staggering in its brutality alone.

"That's.." What could you say? How could you even find the words? "I don't really know what that is.."

The blonde flicked her eyes to Diego, but only for a moment. The fire struck up in her peripheral vision, and her head soon followed the visage. Without realising it, Ruby puffed out her cheeks in shock. All of a sudden she wished that she was back at the camp, moaning about Mrs Grimshaw, and darning socks.

"That's not good." An understetment for sure, but it said everything that needed to be said.
Hidden 11 mos ago Post by Spade
Raw —
GM

108 posts
in 2197 days
Seen 13 days ago
Diego watched with intent as the scene unfolded in front of them. Some townfolk approached the stagecoach, weapons drawn, whilst others flee'd in terror. With the coach on fire in the middle of the thoroughfare and another at the end of the street, it was a mere seconds before the whole town was bustling with confusion. The distant pop of pistols cracked the evening air and brought Diego back to attention. He looked out of the window and down the street to see horsemen riding into town, screeching and hollering at the townsfolk they approached. Suddenly, Diego heard the sound of an arrow whistling across the air and thudding as it punctured the exterior of the hotel, just missing his window. He pulled Ruby away from the window as the sound of more men rushing into camp filled the street.

Diego got up and dusted off his pants as the thoroughfare was filled with noises of gunshots, screams of agony and glass breaking. From downstairs, Diego could hear the door kicked open and the gentleman at the front desk give a startled scream. Diego drew his mauser pistol in a single smooth motion, pointing at the pump-action shotgun that protruded the trunk in his room, "You shoot anyone but your people and me, understand? Stay away from the windows." he ordered as he made way down the stairs. He could hear the confusion of other guests in other rooms, as he walked past a doorway a confused fella was still trying to put his pants on. Diego hurried down the stairs towards the commotion, his pistol ready. As he reached the bottom, his eyes widened at the sight of the front desk clerk. There was a man holding him down, close to plunging a broken arrow down his victims eye hole.

"Sick bastard." barked Diego, putting two rounds into the gentleman as he turned around. "Ruby, you hold that shotgun tight, we have to find your people!" he yelled up the stairs. He kept his pistol trained on the doorway as he helped the desk clerk up. Through the doorway, Diego could catch sight of riders still charging through the thoroughfare, lassoing prospect victims and riding away with them. It looked as if the town of Valentine was under siege by a horde of bloody killers. He had no time to figure it out however, slipping a few rounds into his pistol as he slowly approached the doorway. As he poked his head out, Diego could see the townsfolk piling into the saloon.

"Ruby get your pretty behind down here, we gotta get to the saloon," he warned before looking outside again.
↑ Top