STATUS: Nah, I don't have time to be dramatic. 2 days ago 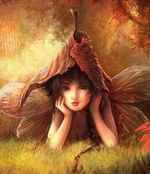 2 days ago
Current Nah, I don't have time to be dramatic.
12 likes
2 days ago
Had my Covid-19 jab. I haven't grown an extra head or turned green - so all is well!!
6 likes
4 days ago
I have my Covid-19 vaccination tomorrow. I'm feeling like a big baby about it.
5 likes
7 days ago
Over and out.
7 days ago
How did my baby start Pre-School? I am not okay with this.

I have a ton of free time, so. I'm looking for a few new partners. The UK is on lockdowm, and I need to keep my brain ticking. Not to mention prevent myself from dying of chronic cabin fever. A touch dramatic, maybe? Yes.. But it gets my message across😉

I'm going to keep this short and sweet. The RP will have mature themes, and a good helping of romance. As far as sexual action, we can fade or write. I'm totally chill either way. There will be an assortment of themes. Infidelity, crime.. The sky is the limit.

High Casual or Advanced writers only please. I like to develop a fabulous story, with strong characters. I'm always open to OOC and listening to my partners ideas - so feel free to bash my inbox as often as you'd like. I'm a friendly kinda' gal'.

So, ideas? I'm going to list a few below.. And I'm looking to play F. I play a damn good M, but I'm jaded. I'd love to change it up and play F. But fear not, no damsels in distress here.

Preofessor x Student (College/Uni based)
Detective x Detective (A dynamic duo that find themselves not only wrapped up in a huge criminal case, but each other too)
Boss x Employee

All of these pairings can be tweaked.

That's about all from me. Shoot me a PM.

Now we fast forward to College. And through some major twist of fate - you both wind up on the same campus. Life has obviously marched on. Boyfriends and girlfriends had flittered through the net.. Hell, perhaps one of you is still in a relationship. But, once you meet again - a whole host of feelings resurface and thanks to rampaging teenage hormones and pseudo independence - they ramp up to a whole new level...

And well, that's where we pick it up!

This will be a mature 1x1, so please be 18+. That said, I'm not looking for a Smut fest. Character development is a must as is the ability to progress the story. Now, I wan't to toy around with angst and feelings and all things that revolve around College. I'm not looking for anything dark - because I'm tiring of troubled pasts and trauma. Now, that's not to say it'll be smooth sailing... But we aren't going emo on this one. Sorry.

The pairing will be MxF. I will be playing F. I might be pursuaded to play M, but I doubt it. OOC chat is always welcomed. I'm an easy to get along with goof, so don't be shy. Throw ideas at me. I don't mind. I love it.

Anyhoo, that's it for now!!