Chello is looking for partners. (18+)

416 posts
in 2329 days
Seen 4 hrs ago
Hey everyone, I am back after a long time away and looking for partners.

I am mostly looking for Marvel and Star Wars roleplays.

Here are the Marvel plots I have in mind.

Brother and Sister: What if Hela and Thor were raised together, Hela only being ten years older than Thor. She being his half-sister, she was never happy about her father remarrying after the death of her mother (who doesn't really matter for the plot.) and was never happy about the idea of having a brother but as time went on she got over all of it. She even grew to love Thor, as did her power. But seeing Odin growing closer with Thor made her upset, and one day she ran away.

Eight months passed and the battle of the Frost Giants came, Odin went to earth to fight them off and drive them back to Joutenhiem. But while he was there he found his daughter and she was pregnant, he brought her back home and soon she gave birth to a baby boy. A boy she named Loki.

I will play Loki and Hela or Thor if someone wants to play Hela.

Basically, it will start off with Hela giving birth to Loki and raising him, then it will go on to Loki being older.

Nothing too detailed here, this can be when Thor and Loki were younger and growing up on Asgard. OC's can be used for friends or anyone else needed for the plot.

3. Escaping Sakarr: This is a what-if scenario and an alternate universe

What if Hela wasn't evil? What if when Odin died she became queen? And what if Loki was redeemed after the events of the Dark World?

After Odin's death, the eldest child Hela took her place as Queen and sent her brothers off on a mission but an electrical storm sends them off course and they end up on Sakarr.

What if Loki couldn't use his charm to win over the Grandmaster and ended up a slave just like everyone else on the planet? Like the slaves, he has to fight against various competitors. Or what if he was forced to do other things, (you know what I mean.) both brothers need to find their way off the forsaken planet and back to Asgard.

For this, I want to play Loki.

Original characters are more than welcome for all plots.

Of course, if you have any ideas please feel free to share them with me.

Star Wars: I have an Alternate Universe idea where Anakin never joined the Darkside, this would take place during the timeline of Revenge of the Sith. I would like to play Anakin.
OC's are most welcome.

X-Men: Recently I started craving an X-men roleplay. When I first started roleplaying online X-men was something I really got into, from going off the movies to cartoons and even AU. So, I thought hey why not? Let's do this again.

I was thinking of doing an alternate version of X-men Evolution, where the characters are younger. Except for Jean, Scott and Storm who are teachers at the school.

I normally played a younger Gambit.

So if there are any fellow X-men fans out there, hit me up! We can work on something together!

MegaraFoxfire The Shadow of Heros

Member Seen 1 hr ago
MegaraFoxfire
The Shadow of Heros 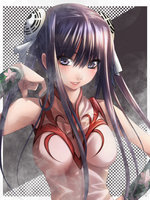 I'm opening up my request again, shoot me a PM if interested.
Hidden 5 mos ago Post by Chello
Raw —
OP

I'm opening this back up for requests, PM if interested.
Hidden 3 mos ago Post by Chello
Raw —
OP

I have opened up my request for more roleplay and added a fandom, Star Wars!
Hidden 2 mos ago Post by Chello
Raw —
OP

I have added a new fandom! PM if you want to play.
Hidden 2 mos ago Post by Chello
Raw —
OP