As sweet as Angel Cake

STATUS: Your kisses taste of cyanide and that's no good for me. 11 hrs ago 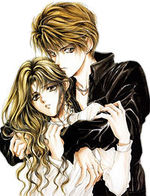 11 hrs ago
Current Your kisses taste of cyanide and that's no good for me.
2 likes
1 day ago
Slowly getting replies out but now I am sick so bear with me sorry. Haha my luck is bad.
2 likes
3 days ago
My fur babies are sick :(
4 days ago
Really busy over the next few days, posting will be slow sorry!
1 like
9 days ago
'Can't really talk with your gun in my mouth.'
1 like

Been a member of the old Roleplayer Guild since 2012 - I tend to do more Advanced. My favourite lore is Angelic (you probably couldnt tell by my name!), medieval, Ancient Rome/Egypt and Norse mythology. My fave writing genre is sci-fi and fantasy but I like drama, comedy, suspense and angst with a bit of romance thrown in!

In ~Bonsoir~ → 11 hrs ago Forum: 1x1 Roleplay
Diana frowned as Peter made his opinion heard, it wasn’t the reception she’d hoped for but had kind of expected from him. She sighed and nodded as he expressed his thoughts. “Then our truce shall continue forthwith as it had done so in the past. However, I have given you all the information to hand that you require…I beg you heed the warning we come with. The Order has done no such provoking. The Wynters sent Lord Spencer over to get his foot into the territory and now he has access to my daughter’s blood. He took so much of it to empower the Wynters. I do not believe they will stop at just London and forcing The Order’s hands.” She sighed and shook her head. “I just pray they do leave you alone, for your family’s sake.” She glanced at Katherine and bowed to them both. “I bid you a good eve.” She left it in their hands, it was their decision to fight or flight. At least she could say she tried to help them gain the upper hand.

As Victoria rested her head back in the tub, she heard the doorbell chime. She wasn’t expecting anyone. She listened out with her keen hearing and kept as silent as she could. She heard a maid open the front door and then heard a familiar voice. “Vail..” She almost gasped with joy. She leaned up in the bathtub, her long brunette curls cascaded down over her breasts to cover her modestly sized bosom.

The maid flustered at his pheromones. “I um…I will just check with My Lady. Wait here.” She gestured just inside the door and she ran up the stairs to Victoria’s room. She knocked on and Victoria replied. “Enter.” She expected the maid’s presence and before she could ask. “Send Lord Hygrace up would you, thank you.” She ordered the servant girl and she nodded, bowing before leaving the room. Victoria lay back down and awaited Vail’s arrival, she had no qualms about him seeing her bathe. He had seen her uncovered twice before.

The maid ran back down and permitted Vail to go upstairs. “My Lady is awaiting you in her chambers.” She pointed up the grand staircase. His keen nose would light his path right towards his human lover’s bedroom where she awaited his presence with a nice surprise waiting for him.
In ~Bonsoir~ → 5 days ago Forum: 1x1 Roleplay
Diana nodded back to Vail as he acknowledged her as he left. She knew he’d be heading straight to Crest Manor. As did Ray, he watched him pass by with a scornful eye. He didn’t think Vail was good for the Lady Victoria, she was far too delicate to get involved with him and his dangerous world. Ray concluded that Vail Hygrace would be the death of her, and it would be a damn shame to waste such a precious life on a vampire that would just use her for her blood. Although he didn’t know the extent of Vail’s feelings for the human. It was unheard of in their ranks.

Lady Diana turned to Peter and Katherine. “Good evening, My Lord and Lady. I’m Diana Crest. Alexander’s widow and mother to Victoria. I know that things are tense between our two families, but I am sure you can appreciate we have one thing in common. We love our children and want the best for them. And as such, their safety is on the line.” She then presented them with the scroll of information. “I have here information regarding the Wynter’s movements. I was told they are your arch nemesis. And now I believe Lord Spencer is not happy with your son for pursuing my daughter….I think they will target him an your family when they get here within the next two weeks. It isn’t just Crest Manor and The Order that’s in danger, its everyone in London…” She sighed as Peter seemed unimpressed.

“I did hope to continue the truce between our families that Alex struck up with you before his death. By extending a hand and offering this information freely.” She looked at them both sadly. They were lucky, they still had each other’s companion and life mate. She had lost hers and nearly lost her only daughter with the man she loved. She was the only thing she had left from his legacy. “I’m also grateful that you helped my daughter to recover her injuries that Spencer gave her.”

Victoria was enjoying the silence in the house for once. Only listening to the roaring fire beside the porcelain tub. It was nice to have The Order outside on patrols or scouting for information. Now they were officially working together to stand up to the Wynters, she felt the tension had gone, finally. She wondered how her mother was getting on with the Hygrace clan leader and sighed as she knew he’d never accept her, even if she were turned into a vampire even. She lay back and closed her eyes, tying to rest her aching muscles. Although it would require an ice bath to reduce her bruises and swelling and she hated the cold.
In ~Bonsoir~ → 6 days ago Forum: 1x1 Roleplay
Lady Diana regarded the young Hygrace heir with some surprise. She recognised him from dancing with Victoria at her birthday, she could see why she was captivated by the lad. "Lord Vail I presume? My, my...Victoria really had captured your eyes when she drew you." She was astounded at how likened she'd gotten him. One of her creative talents she was proud of. It seemed his vampiric pheromones had an instant affect on her, but then she remembered Ray's technique. Pinching her little finger with her hand until it just about hurt, to get her mind off the vampire's entrancing eyes. Pain was a good inhibitor of focus.

"I'm here on behalf of us all, actually. For the greater good and safety of our families." She held up her scroll. "We've been watching the Wynter's movements and they're headed our way. And Spencer knows about you and Victoria. I think they'll be gunning for you too when they arrive..in about two weeks or so. I came to give your father the warning so he can prepare for their attack. We are preparing on our end." By we she meant the Order and her daughter having joined forces.

She knew that Vail was going to ask her about Victoria's welfare, since her departure from here. Her daughter told her everything. Well not everything that happened between her and Vail, she held the confines of between the bedsheets in confidence between just her and Vail. ""From what I heard from my daughter, you've treated her very kindly and looked after her. I thank you for that, Lord Hygrace." Diana expressed with a smile.

"I presume you were just on your way out?" She enquired, noting his dress coat. "And before you ask, she's fine. She has been training very hard in preparation to fight the Wynters. She is at the manor right now." She leaned in and whispered. "And the Order isn't there right now...." She leaned back and smiled coyly with a little wink. She knew young's love dream. She had felt it herself with Alex over twenty years ago.

In ~Bonsoir~ → 6 days ago Forum: 1x1 Roleplay
She'll probably know its vail.
In ~Bonsoir~ → 7 days ago Forum: 1x1 Roleplay
Just as Vail put his coat on, a knock could be heard coming from the door. One of the maidens answered it to find Lady Diana Crest standing there in a thick woollen cloak. Ray stood at the estate’s entrance down the driveway. He knew his presence was not tolerated and so kept his presence far away enough but not so far as he could not protect Lady Crest. She was little to do with the Order officially, but she only had them for protection right now.

“Is the Lord and Lady of the House available to speak with me? I am Lady Diana Crest. I come bearing grave news in the spirit of safeguarding our two families.” Diana explained with a serious expression. One could tell she was Victoria’s mother as they had the same eyes. Diana had aged gracefully, she easily looked in her thirties, not her forties. This meant Victoria would also age gracefully, if continued to do so.

“Hold just a moment, I shall enquire.” The maiden closed the door again leaving Diana to wait as she tapped her note in her hand. She peered behind her back to Ray, whom nodded in acknowledgement. He kept his silver gun concealed under his tailcoat.


Meanwhile Victoria bathed in her room by the fire, and only lit by four small candles. She soothed her aching joints and muscles in warm water also filled with crushed jasmine petals for a fragrant scent to fill the air and infuse into her skin and long brunette hair. As she played with her locks, twisting them in and out of a braided pattern, she couldn’t help but think about Vail. How his lips tasted against hers. How his eyes shone brightly in candlelight. How his voice sounded when he whispered in her ear. His hot breath upon her neck just before he fed on her succulent blood.

She sighed softly and began to hum gently. She now felt emptier what felt like heartache without the vampire she had fallen in love with. It seemed nothing else was worth it unless she had him in her life. If she did not have this vengeance to hold onto, and if she were denied by Peter as his son’s chosen suitor, she didn’t have anything. Her goal was a means to both ends – to teach the Wynter’s what happens when you mess with the Crests and The Order, and to gain approval from the Hygrace clan for helping them destroy their arch enemies. She just wasn’t aware of how stubborn Peter was and how adamant he was about doing literally nothing at all like a sitting duck.
In ~Bonsoir~ → 7 days ago Forum: 1x1 Roleplay
Probably a lot of angst and tension.
In ~Bonsoir~ → 7 days ago Forum: 1x1 Roleplay
I think I would prefer the Wynters to win thanks to Peter's denial and ill preparedness for their arrival. Therefore, not having a choice but to ally with the saints and take refuge. And keep Victoria human for as long as possible.
In ~Bonsoir~ → 7 days ago Forum: 1x1 Roleplay
The Wynters will try not to injure Victoria as her blood is precious to them. The only way she'd be injured is if the Order hurt her in order to stop the Wynters from acquiring her, which could give Vail a reason to hate them more and seek vengeance against the Saints. Especially if it ends up being Gerald.
In ~Bonsoir~ → 7 days ago Forum: 1x1 Roleplay
Maybe he doesn't need to do it just yet? She doesn't need to get fatally wounded in their first fight.