Old IC ✶ Older IC
·°⋆❀ ʜɪ ᴛʜᴇʀᴇ!
Thanks for taking the time to visit my humble interest check! I'm Olive, a college student living in the US (EST time zone) who revisits rpguild every 3 months or so. I used to have a job, but no longer, and school is driving me a bit crazy, so I thought it would be nice to find some more partners. I'm very nearly to the end of the semester, so I hope responses will be quick and painless.
↳ ᴅᴇᴛᴀɪʟs:
Although I would classify myself as high-casual, I'm highly flexible. While I love long posts, sometimes short and sweet is better, you know? Just, no one-liners. I'd like at least 3 paragraphs. I don't think my standards are very high, and I don't mind slow posting, as long as you are... posting. Please let me know if you don't think things will work out! I totally get it, I just want to know.

Another thing I love is when my partners are chatty! I get really excited over characters and potential situations, and I'm always up to brainstorm, share songs, art, etc. It makes me really happy when our characters get along, and I want us to get along, too.

While I prefer MxF couples, I'm open to playing either gender and in fact, I find playing boys really fun. Haha. Oh, one more thing: While I am no longer underage, 18+ things make me uncomfortable. I just ask we fade to black if the situation arises, or avoid it altogether. Seeing as most of my prompts are quite light-hearted I don't think it will be a problem.

I also like prettying up my posts, although I am still an amateur when it comes to coding. I like gifs and colored dialogue. That's it, basically.

On ghosting: Um, sometimes I fall off the face of the planet. I'm really sorry about that. Last time it was a school thing and I tried to let all my partners know, so hopefully it won't happen that I disappear without a trace. I'll try my best to communicate with you, and I hope you'll do the same! Please feel free to poke me and ask me how I'm doing. Chances are it's enough to pressure me into finishing that post I've had in my notes document for ages.
↳ ᴛʜᴇ ɢᴏᴏᴅ sᴛᴜғғ:
My ideas! I have a lot of plots from my past two interest checks (linked above) as well some standalone ICs (linked below). I can definitely expand on any of these if need be. I also recently organized all my past characters into a thread, so feel free to look over those if you'd like.

❀ sʟɪᴄᴇ ᴏғ ʟɪғᴇ
Just... anything cute! Anything adorable! Anything funny and stupid and cliché! I especially crave anime or manga-flavored plots, though not fandoms, usually. (Though I'm hoping to add a fandom section soon!)
❀ ᴜʀʙᴀɴ ғᴀɴᴛᴀsʏ
Supernaturals, but like, they work at Walmart. I love mixing mundane real world stuff with supernaturals, and figuring out how supernaturals would exist in a modern setting. Surprisingly enough, I'm not looking for anything vampire-related right now.
❀ ᴘᴏsᴛ-ᴀᴘᴏᴄᴀʟʏᴘsᴇ
Think deserts, abandoned cities, long stretches of nothing with only the wind in your ears to keep you company... It's gotta be atmospheric, introspective, and definitely a little sad. In the same vein, any long roadtrip and exploration-type rps are also right up my alley.
❀ ʙᴏᴅʏɢᴜᴀʀᴅ ᴏʀ sᴘɪᴇs
Either one person protecting the other, or a duo sent out to steal sensitive information with high-tech gadgets. For a bodyguard plot, mix it with a jpop or kpop idol, or a rich heir(ess) for some fun. I want political intrigue where nobody knows who they can trust. Maybe some actions scenes, too.
❀ ʜʏʙʀɪᴅs
This is an old one. To be clear, these hybrids are not pets; their status as both human and animal cause problems within society and many struggle to be accepted, but they are not pets. And they certainly don't want to be. But it doesn't have to be dark; something fluffy and cute is fine too. (I have a character in mind for this one.)
❀ ᴀʀʀᴀɴɢᴇᴅ ᴍᴀʀʀɪᴀɢᴇ
Either in a modern setting or a historical one. Person A and person B get married, but here's the catch—it's not really their choice. Cue awkwardness, friendship, and maybe the beginnings of an eventual romance? I'm interested in historical Japan, but medieval Europe is cool too.

❀ ɪᴅᴏʟ ʟɪғᴇ
Based on the Kpop RP I gm'ed a bit ago, Life of Trainees. It's a setting based on the idol culture in Korea, but it doesn't have to be! Any sort of pop idol/trainee setup is fine by me. And I'm not really looking to roleplay any real kpop stars, sorry.
At the moment, I would love to rp the "behind the scenes" of kpop: the crew that works the lights, the camera, the makeup, the sound. I think it would be fun to write about a small group of technicians and all the little disasters that happen on the set.
❀ ғᴏᴜɴᴅ ғᴀᴍɪʟɪᴇs
Or real families! I know everyone loves romance, and I do too, but I'm also interested in playing a group of characters; like a family of demon hunters, or a crew of night shift employees, or something... else. There are a lot of possibilities; I'd just like to see some interactions between people who already know each other for a change.

If you're interested in any of these, a PM is by far the best way to contact me, but I'll also be keeping an eye on this thread.
✶ ɪ ʜᴏᴘᴇ ᴛᴏ sᴇᴇ ʏᴏᴜ sᴏᴏɴ! ✶
2x Like 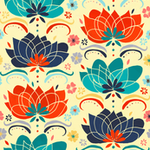 286 posts
in 1331 days
Seen 10 mos ago
Olive!
Would you be interested in a SoL RP with me?
We could throw around ideas if you'd like. Whether here or in PM.
1x Like 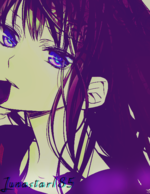 Right now, I'm interested in some anime high school hi-jinks; you know those anime about clubs that do nothing but have lots of cute girls? Yeah.
Hidden 8 mos ago Post by OliveYou
Raw —
OP

Got some new plots, some new formatting, and a new character gallery!
Hidden 8 mos ago Post by Tiger
Raw —