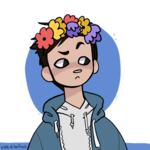 Not willing to conform to the ideals of the Sith, Dashara managed to escaped her locked room. Wandering the hallways she reunites with her fellow neophyte and tries to inspire strength. Their conversation is cut short by Overseer Kilian Haryss torturing Mahree. As Dashara's words challenge him, the man has her escorted out. The last things she heard from Mahree screaming with each fresh shock from her collar. The younger girl's fate unknown, Dashara is broke to a combat room where she waits for the Overseer to arrive.

He reveals to Dashara that Mahree is dead. Uncertain about his honesty, she attempts to leave. Using his stasis, he binds her in place. To free herself, Dash sends a few small droids into his blind sides then bolts for the door.

Wandering the inner hallways, she manages to elude him and his apprentices. After a failed slice attempt on the security room, a technician is summoned. This both alerts the Overseer and gives Dash the tools to navigate the school. Luring Overseer Haryss into the beast pens, she releases one. When the beast attacks the Sith, she manages to snatch the up the wrist controller to the shock collar.

Once more the young hybrid makes her way back to Mahree's quarters. A simple touch to her friend's throat tells Dash all she needed: Overseer Haryss lied. Mahree was alive. Deciding to back track in order to avoid recapture, Dash makes her way back to the combat room. She bashes the device into pieces then exits.

With a firm force choke, she's stopped in her tracks and lifted above the floor. Overseer Kilian Haryss, heavily wounded, angrily walks in. Not intending to kill her, but still make a point he drops her. After approaching, he uses his hand to pin her by the throat to the floor. His words make it clear she is to do as she's told or suffer the consequences. Upon raising upright, his apprentices escort her back to her quarters with his last words echoing in her head.