Member Seen 10 hrs ago
shylarah
the crazy one 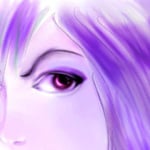 3296 posts
in 1672 days
Seen 10 hrs ago
Bio
Every city had its stories. It was no different in Adropolis, a thriving city with its noble district of fine houses and well-manicured lawns; its markets where hawkers competed for the attention of those passing by; its cultural centers and the drug dens tucked away amidst the flow of wine and words. The stories of the city were the stories of its people: triumphant and tragic alike.

Some stories that predated the city had taken root there and flourished even as the city grew. A number settled around an old library in one of the poor districts, once a cultural center, now only a few steps better than a slum. The city never quite seemed to get around to tearing the building down, though it dated back at least a hundred years. Nearly all of the tall stained-glass windows were still intact, the patterns primarily geometric rather than the religious scenes that adorned the cathedrals. Gargoyles served as the rainspouts, most crumbled, with various carved stone panels decorating the upper portion of the building. It was a mix of Romanesque and Gothic architecture, a handsome building despite the obvious wear and lengthy period of disuse.

Or perhaps not disused, for the building's stories said that it had not been merely a library but also the favored haunt of one of the city's oldest legends. That the building's wards still stood strong lent truth to the tales, though whether the fact supported the power of the ancient mages or the tale of the library's attendant spectre was anyone's guess.

It wasn’t clear why she liked the library, though supposedly she had a fondness for stories herself. A few legends told of some lucky fellow getting to keep his life after telling the woman a tale she had never heard, or regaling her with one long enough to last until the break of day. Others claimed that she would do favors in exchange not for souls alone, but instead for memories, either of certain events or of an entire life, taken with the soul at the moment of death. What she did with them was anyone’s guess.

Of course it was hardly accurate, but like all tales there was a basis in truth. Those that knew of her called her Silver, and none crossed her lightly. She was fiercely territorial, keeping her city clear of the worst monsters. And for most of the city's history, that had been enough. The occasional human lost was just the result of the foolhardy crossing what was best left alone. At least that had been the case until a year or so prior, when a sudden rash of heartless corpses had stirred up new fear and new stories.

Now Silver was a demon, or perhaps some sort of fey, spoken of as an eater of souls that only fools hoped to encounter. Seeing her in passing was ill luck; meeting her gaze was said to invite death. She accosted random people on the streets at night and tore through their minds and souls, leaving spiritual scars that would take a long time to heal. Something had to be done.

The day the hunter came, the library was quiet. Inside the library, the afternoon sun cast long shadows between the stacks and illuminated dancing motes of dust, though the stone floor was surprisingly free of it. To one side a staircase spiraled down into darkness, and to the other side stood an area of tables and chairs for study. Some of the shelves were empty but many contained books, mostly leather bound. The high ceiling made it feel spacious, even with the tall shelves looming overhead. There was no sign of Silver, though that hardly meant she wasn't around. The building had a watchful feel to it, as if it itself knew there was an intruder -- or perhaps that was Silver watching, waiting for the right moment to show herself.
↑ Top
© 2007-2017
BBCode Cheatsheet