200 posts
in 192 days
Seen 1 day ago
Bio
So I had this idea just now, for an Rp, inspired by Scythe, and in the Scythe universe. You would either play as a commander, an infantryman, or part of a mech crew. It would be set in eastern Europe. You could play as part of the 7 nations that are already in the game, (sorry haven't gotten to play The Wing Gambit, or Rise of Fenris yet.) The 7 countries would be, Polania Republic, Saxony Empire, Crimean Khanate, Nordic Kingdom, Rusviet Union, Clan Albion, finally, Togawa Shogunate. Please don't play one of the game commanders, they might appear in the game as an enemy or higher up. I'll get this into more detail, if people show interest. And if anyone wants to Co-GM, pm me.
Hidden 2 mos ago Post by Penny
Raw —

Member Seen 3 hrs ago
sassy1085
The Queen of Sassy 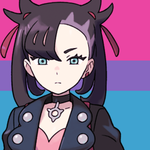 @sassy1085 It's probably better you know it if you play, but I'm completely happy to explain, and if you are still interested, even better!
Basically, it's a board game about conquering an area of land around a very prosperous, profiteering, independent city called "The Factory." Which produces and sells, weaponry, and tools such as mechs. It's called scythe because mechs, one of the main focuses, are both weaponry and tools. It's a steampunk, rural, eastern block country setting. The 8 factions kind of represent different real-life countries, these may not be quite right, but it goes, Polania Republic - Poland, Saxony Empire - Germany, Crimean Khanate - Turkey, Nordic Kingdom - Scandinavia (Idk), Rusviet Union, Soviet Union/Russia, Clan Albion - Britain, Togawa Shogunate - Japan. They all have different styles of mech and have a representative, an actual character, who leads the part of that army. I think I covered most things, but if you have any other question feel free to ask.
Hidden 2 mos ago Post by sassy1085
Raw —

Member Seen 3 hrs ago
sassy1085
The Queen of Sassy