The Queen of Sassy

STATUS: It’s crazy that it’s been 2 months since Chris-Chan was arrested. I feel like it was two weeks ago 😥 Time really do files by. 3 mos ago 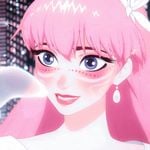 Hello my dearest sweet hearts~ I see that you walk in to my lair. my name is sassy the one and only, come come make yourself right at home and read or play one of RPs that I am in if you~
Role plays that I'm in
убийца академияAcademy for assassins DEAD
Soul Eater DEAD
The Killing Club DEAD
Mirai Nikki+ DEAD
[url=roleplayerguild.com/topics/125486-mar… Arts School[\url] DEAD
Frolam Capital and School of Mana DEAD
Kid's Next Door: R.O.L.E.P.L.A.Y DEAD
[url=roleplayerguild.com/topics/127758-pac…
Fight or Flight
Magical Girl War

In The Yurazen Prince - A Tale of Redwall [Interest Check] → 2 days ago Forum: Casual Interest Checks
I'm Interested!
In 🎖 𝐇𝐞𝐚𝐯𝐲 𝐌𝐞𝐭𝐚𝐥 𝐂𝐡𝐢𝐥𝐝𝐫𝐞𝐧 🎖 (feat. @sassy1085) → 11 days ago Forum: 1x1 Roleplay
Rose clenches on to her moving controls after hearing the plan from Hothead, all she have to do is to flank anybody who comes after him....Flank probably attack anyone who is coming right at them...Right? That probably what it means, Rose really needs to learn some military slang terms after this mission. While getting ready for upcoming attacks from any enemies, Rose noticing that all of their mechs are rusty old first-gens, which means taking them out would be easy...But then she spot one that stands out above the rest, the leader perhaps? It probably has some strong weaponry under it's belt.

Never less, she got something that they probably don't, and that is anti-missile system and badass pilots with their badass mechs! With Hothead mech heavy weapons and her Fireant incredible speed, the two would take out of enemies with no sweat. But with enemies having large guns, they need to be careful if they want to get out of here alive, that include the leader, their mech is probably a wild card.
In 🎖 𝐇𝐞𝐚𝐯𝐲 𝐌𝐞𝐭𝐚𝐥 𝐂𝐡𝐢𝐥𝐝𝐫𝐞𝐧 🎖 (feat. @sassy1085) → 1 mo ago Forum: 1x1 Roleplay
"Me, Gan and Romeo are in danger! We need backup right now! I repeat! We are in dange- Oh! Forget it!" Rose said in frustration. she been trying to get in contact with anyone on her radio, but like before, no one is responding! There is where her end is! she jinx the mission and now, her and her team are doom!....She should have stay home. Where she should have know there place in her family. Marry a guy she doesn't met, have kids, do nothing but look like a prize....But at the same time, it was kind of worth it to slap the guy in the face and telling her own father off.

While Rose was contemplating, she starting to hear some static from her radio. Great, is her radio broken now? Before she try to fix it, she then hear something beside some static, It was voices, human voices! It was Gin and Romeo voice! Yes! Her radio finally picking up something! In a hurry motion, Rose try to connect to Gin and Romeo, and after a while, it work!

In Weirdness Magnetism [Gravity Falls RP] → 2 mos ago Forum: Casual Roleplay
Although I am in a roleplay with a friend, let me know too
In 🎖 𝐇𝐞𝐚𝐯𝐲 𝐌𝐞𝐭𝐚𝐥 𝐂𝐡𝐢𝐥𝐝𝐫𝐞𝐧 🎖 (feat. @sassy1085) → 2 mos ago Forum: 1x1 Roleplay
"Ok.....This is going to be your first fight, Rose...In a mech....Riding it for the first time...." Rose says to herself, as she sits in her cockpit alone. Today is her first mission and already she is getting into her first mech fight....And she is not prepared for this! Calm down, she is just going to track those guys, not fight them. Breath in...Breath out.....Ok, Let's do this.

Rose makes it to the south end of the base, she can Gin dot on her map, he's ready and so is she. Rose moves her mech, creeping closer and closer to the base, from the distance, she can see many mechs, which are Woodsman, and many vehicles. She can feel a sweat drop coming from her forehead and fall to her chin, she really really doesn't want to screw this up, everyone is counting on her....She thinks, she is not sure, she can't read people really well, but still! They are counting on her! Rose finally starts marking the enemies, one by one slowly, trying not to out herself. "One....Two....Three...." Rose says quietly as she counts as she marks every mech in the area. She only stopped when she thought one of them spotted her....But they looked right past her. Maybe she is not in their vision map? Doesn't matter, cause after she marks the last mech, Rose gets the hell out of there!

......Holy crap...She did it...Rose actually did it! She didn't screw up her order! She didn't screw up! She was actually helpful! Yes! Yes! Yes!....After that little victory, Rose was back focusing on the mission. Seeing that her map data have markings on them, it seem that she has all of them. All she have to send it to Gan and-

.......What the hell was that?....Was that Gan's cannon? But she didn't send him data unless...Unless.....Oh shit! "Everyone! I think something went wrong! Gan cannon just went off! I didn't send him the data! I don't know what is happening over, I don't know why or how, but I think Gan is in trouble! I think Romeo and I are going to be next! We need backup!" Rose say to her radio

.....Only to get no response. Shit! Shit! Shit, this is bad! Really, Really bad! No connection to the captain and the rest of the team, the enemies are going to investigate the noise, no backup orders from the captain! We are screwed! As Rose is freaking out in her cockpit, she just hopes and prays that the boys come up with a plan soon.....Or else they are done for!
In The Friestan Incident, a Fantasy Sci-Fi Fusion RP → 2 mos ago Forum: Casual Roleplay
WIP

Appearance: Stella is dark-skinned Latino with short messy hair, her weight is 110 lbs with a height of 4'11. With her

Personality
|Friendly| |Creepy| |Smart| |Insane| |Creative| |Sarcastic|
Dextar is a friendly towards their friends and their colleagues, always be the one with the answers to everyone problems, and just love learning new things overall.....But underneath that calm persona, is a twisted vampire that will do anything to learn about the secrets of the world, if even they have to do some questionable things to achieve it.

History
[center]In the 1940s, Back when the United States and the Soviet Union had fear and paranoia in everyone's minds, there was one person who was too busy, filling their minds with curiosity and taste of more knowledge, and that person was Dexter Gilbert. Dexter was a smart kid at a young age, a little too smart people say. At college while everyone was out there socializing, Dex has their face buried in many books that they can read, trying to eat every knowledge that the world has. But just because Dex was a shut-in, doesn't mean that they didn't have any friends, his name was Professor Miller, a family friend and a mentor to young Dex. With him on Dex's side, their search for never ending knowledge would never end....But then, Dex heard the news that shattered their mind....They were dying from a deadly disease.

Dex didn't want their quest to end here! They want to live! They want to get to know everything before they die!.....Professor Miller suggests something that could save Dex's life, and all they have to do is go to a party, Dex agrees to go.....And after that night, Dex is never the same again.....They turn into a vampire.

This was a dream come true towards Dex! They can finally stay alive! They'll never die! Since that night, Dex has been learning everything, never slowing down. Dex wants to learn world knowledge and secrets!....Even though that path they are taking is going to make them mad.

Outfit for the Party 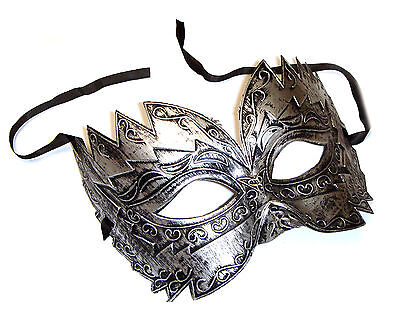 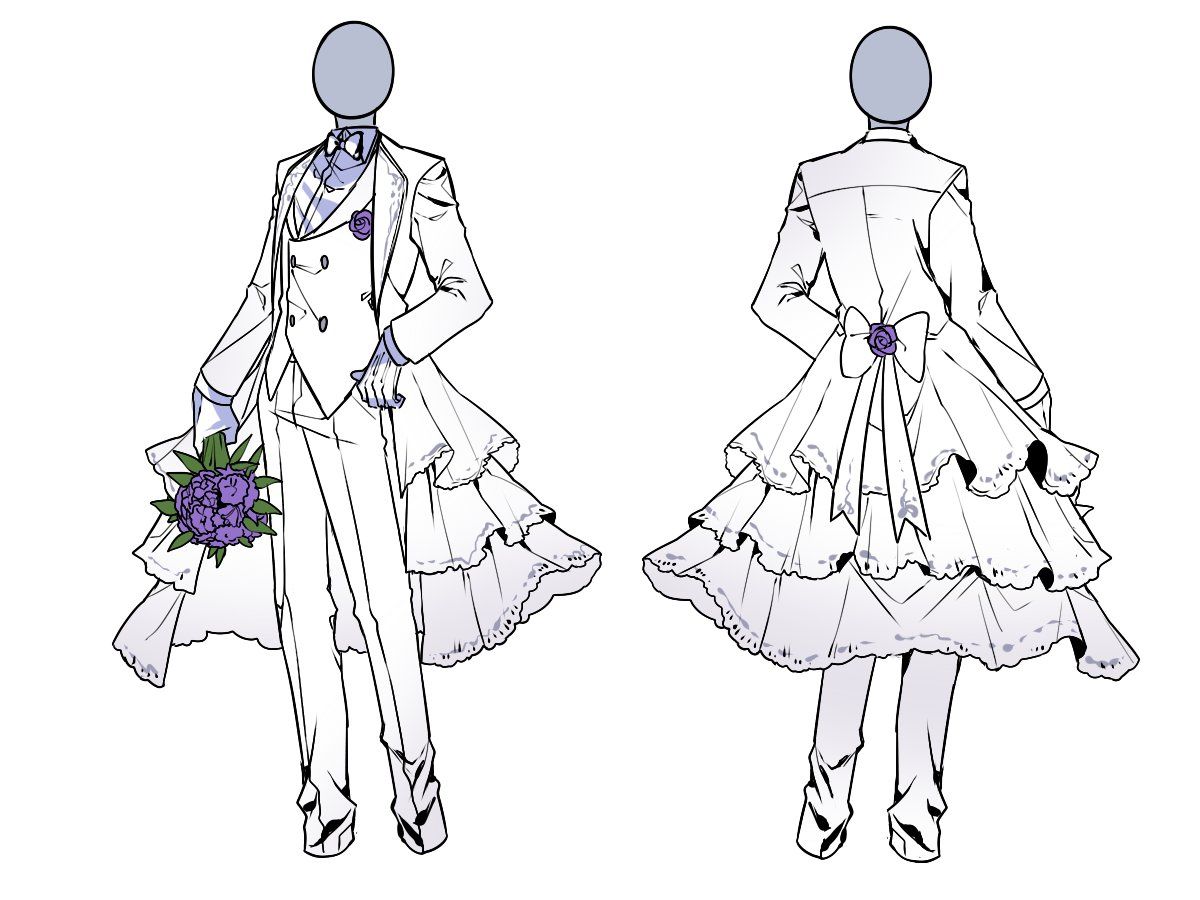