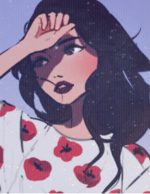 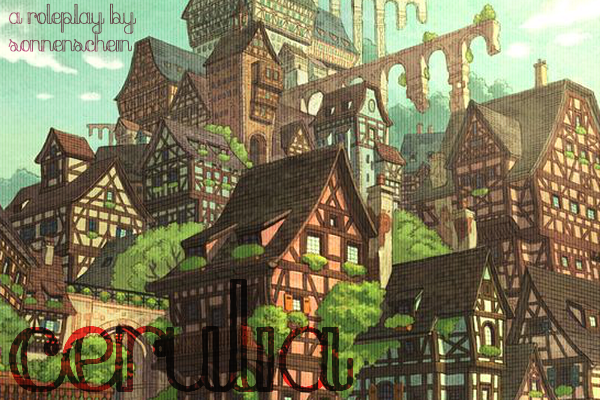 Cerulia- a mystical town that everyone thought was abandoned long ago. It isn’t a household name, and with one good look at this seemingly abandoned town, one would instantly know why. It’s a secluded town- only accessible by train with the tall mountains that surround it making it almost inaccessible through other means of travel. Cerulia has often been called "The City of Clouds" as it is high above sea level. During its early years of being founded, Cerulia thrived- as did its residents. Though, as the years went on, and the economy and times changed, the prosperity soon vanished.

The weather here has always been fair, and it always seems to be cool and foggy. The residents here have grown fond of their little alcove town- hidden away from the rest of the world. Many in the outside world have cited supernatural reasons as to why the population of the town dwindled down to a mere 3000 citizens, and dropping each year despite new babies being born.

Unbeknownst to those who spread the rumors, the stories are true, and far darker than they could have imagined.

The Demi-Spirits who inhabit the town of Cerulia have been cursed to be forgotten by time. Thousands of years ago, they were blessed to live among the humans as long as they remain unseen. Living so high above the humans, it was easy to carry out the tasks they were known for- the changing of seasons, the sun, the sky, the weather patterns. But when a human gravely wounded a curious Demi-Spirit who strayed too far from her path, they attacked the humans and killed a fair number of them in retaliation. For this transgression, they've been cursed to spend the rest of their days sealed away by human witches.

(This is an interest check heavily inspired by Studio Ghibli and Stardew Valley. I have a few ideas of the direction that I want the plot to go, but I just want to put this out there to see who would be interested in a laid back rp involving a strange mountain town and even stranger residents.)
Hidden 7 mos ago Post by vertigh0st
Raw —