STATUS: Except for 1 or 2 rps and some partners, I'm essentially done with the site. Can only sit down for posts once a week. Hate to make others wait. 10 mos ago

10 mos ago
Current Except for 1 or 2 rps and some partners, I'm essentially done with the site. Can only sit down for posts once a week. Hate to make others wait.
2 likes
10 mos ago
Im cutting down on my writing time. Other projects to focus on.
2 likes
12 mos ago
Pointless and garbage respectively.
2 likes
12 mos ago
Want to do a slice of life romance, in the MHA universe. SoL is good with an interesting backdrop.
12 mos ago
Hello Unyaa! Depends on your tastes, group RPs or one on ones, check out the interest check forums! Many stories would love to have a cat!
1 like

I don't know how to make this all stylish yet. I'll figure it out eventually.

In the mean time ahem:

Hello! I am currently writing a script for a fantasy story I plan on animating (Using the program Poser) Rping really helps get my creative muscles flexing and I'm going to be incorporating some character ideas into the RPs I produce with other people. This could include Male or Female. I really try to challenge myself.

I am a huuuuuuuge fan of epic scale narrative, and breathing life into a story is a great passion of mine. Seriously I watch trope talk pod casts and how to write, just to make my script as effective as possible.

I am versatile. I love things with emotion, whether Romance, Grim, Adventure Thriller, or even Comedy. Above all else, I love to entertain. I hope to do so with you.

I also have a 1X1 interest check.
roleplayerguild.com/topics/175784-tal…

In Scion: Children of Light - Bronze Age Science-Fantasy Magic Academy → 3 days ago Forum: Casual Interest Checks
Work from home is making it difficult to find typing time. Don't wait on me if you want to get started.

I do thank you for the PM you send, Im sorry I havent responded yet.
In Scion: Children of Light - Bronze Age Science-Fantasy Magic Academy → 7 days ago Forum: Casual Interest Checks
Ugh I need inspiration.

I could make any of the specialties work but my problem is a why? A long term goal.

Biomancy with Cult of the Serpent - Maybe a transhumanist, making people better with 'enhancements'
Telepath - Maybe they're trying to find someone who wronged them and reading thoughts is how to do it.
Diviner - Wants to learn to avoid harm for himself or others. Dreams of being a general, using divination to help become a tactician.
Also, using divination for research purposes, essentially make a nerd character.
Pyromancer - Maybe a jock like character, flexing his magical muscles for fame and superiority.
Telekinetic - More of a protector type character. Wants to use his power to shield others from harm, maybe tragedy befell him and he has a constant 'not strong enough' mentality.

I just need a motivation and then I can fit a character around it. Even something as insidious as getting close to the throne or the pinnacle. Would I want to make an a hole character though...?

Discussing with someone would help cement my character.
In Scion: Children of Light - Bronze Age Science-Fantasy Magic Academy → 9 days ago Forum: Casual Interest Checks
Thanks but,

I'm not seeing the connections between the cause > affect. Telekinesis (movement of matter with mind) = Transmutation (changing matter)? Im used to those names/words used in other settings and Im having trouble kind of connecting them.

I can come up with ideas all day but nothing seems to be quite right with what I wanted, nor fits the kind of 'eyptian/arabian' aesthetics I originally had in mind for this.

I wont be able to come up with a solid concept until the lore is explained clearly. Thank you for the attempt. I'll come up with a solid concept when I have the foundation.
In Scion: Children of Light - Bronze Age Science-Fantasy Magic Academy → 9 days ago Forum: Casual Interest Checks
Well I guess how magic works would develop my character concept.

I kind of viewed geomancy as a type of, 'the art of placing or arranging buildings or other sites auspiciously.' basically I would describe it as 'magical architecture' considering the temples and pyramids and other building wonders. it would be the study of shapes, mathematical geometry, symbols and angles in order to tune and channel magic. Practically, it would be the use of runes to simulate magic, maybe partially through divine forces, or channeling ones own ability into things or objects. Creating symbols for health on pots of healing draughts. It would be a more scholarly type of character.

If alchemy is more about it, I guess it would be magic through chemistry. Mixing natural and mineral agreements to create, draughts potions salves, poisons, and oils as conduits for spells. Maybe with more work, transmutation from one substance to another and forging materials and reagents for other purposes. Purifying water, removing pests. This character would be probably medical in origin, a type of doctor, or even a healer priest if medicines could be combined with prayers.

I also had a concept of a golem mancer, creating living sculptures but I dont know if that's a discipline. I might be confusing high with low fantasy.
In A Guild Adventure: An RP with Monster Girls! → 10 days ago Forum: Casual Roleplay

The way back was mentally trying to explain his way into staying in the guild, deciphering the map, and the usual small talk.

"Hole's almost filled." He said commenting before stepping inside to to meet with Talia the cyclops. Ozzy hadn't even considered they were covered in grave dirt. Morbid. "Hey Talia. It was... you know. Lots of zombies." He was already on his way to the kitchen to help with dinner, probably something quick and easy tonight.

Then Talia mentioned the new comer, and his eyes lit up a little bit. The harpy looked back for the newcomer, and noticed the insectoid. His head was abuzz with the species type, going over the volumes to determine the usual habits/likes/dislikes. He couldn't quite place it at present. Beetle? Ant Queen? "Oh, Miss Gigas." Ozzy tried to wipe the shmutz from his face. "Ozmodius Skyway. Just call me Ozzy. Welcome to the Guild." He held out a hand, until he realized the hand was just as dirty as the rest of him.

How's alchemy these days.
In Scion: Children of Light - Bronze Age Science-Fantasy Magic Academy → 10 days ago Forum: Casual Interest Checks
I could be into this. Maybe a geomancer considering the almost magical architecture.
In A Guild Adventure: An RP with Monster Girls! → 11 days ago Forum: Casual Roleplay
I wanted to give others a moment.

Ill respond soon if you need me too.
In My Hero Academia: No One Stands Alone → 13 days ago Forum: Casual Roleplay 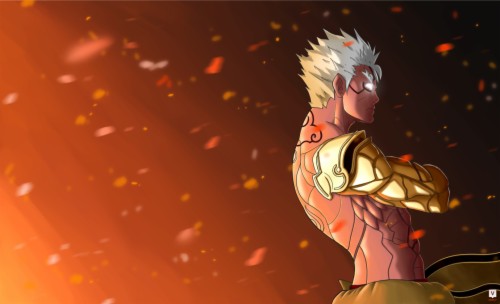 "The time has come."

"After all these years... Countless hours of practicing, training, minor acts of heroism in the name of the common man, the community, pushing myself to beyond my own limits. Pushing myself to the step of death's door and deny the reaper. But at last, I am ready. At long last I stand ready to show the world that a new light shines upon it. A light of peace. A light of honor. Of truth. Of strength. Of everlasting JUSTICE!

The age of fear is done. The age of darkness shall be washed away! Never again will children hide from the dark! Fear not citizens of this city, this world! A NEW DAWN HAS RISEN!
PHOENIX DAWN HAS ARRIVED!!!

And like the Phoenix I will rise, again and again to bring JUSTICE TO ALL and SMITE the wicked and unrighteous! FEAR NOT FOR I AM HERE! PHOENIX DAWN IS HERE to become a hero, your hero! The hero you need and deserve! A hero to every man woman child and creature large and small who lives a life of virtue an good! Dawn fights for you, so you keep smiling in the light!"

The hulking half naked man with armor plated golden arms, and what appeared to be a martial arts gi for leggings was talking to himself amongst the crowd, and rather loudly at that. It would be enough to get most people's attention, if the odd shine from him and the designs of glowing tattoos and lack of pupils. One could mistake him for a mutant, it wasn't the oddest look by far among the crowd, but like a spotlight, the eye can't help but look to its shining golden form for an instant, and that would be enough to see this shining paragon of muscle and purity. He looked strong, and the glow of the golden light that ran across his body from the marks on his body gave him a certain... angelic air. He looked the part... if he didn't show so much skin.

He stood just looking at the field with arms crossed, the wind in his short white hair, eyes wide, and a confident grin on his face. Excited, he wanted to get started. Finally. Finally. He'd get to become a 'licensed hero' but in his mind, he was always the hero. A piece of paper just made it easier. 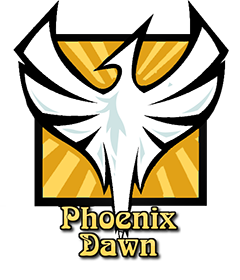 Some girl called him out on his current rank. Yeah, when he was gooped up he fell behind, but then he was almost kicked out for causing that fight. He had no idea that it was providence a few good words that got him here in the first place. Great skill, bad attitude, combined with crap and extremely good luck allowed him to be here to mouth off. He gave a the girl a raised eye and a bit of a growl, teeth clenching. "Yeah, cause of some crap luck! Don't think its going to save your sorry ass forever! He crossed his arms, throwing his shoulders back. "Enjoy the false sense of superiority while it lasts." Pot calling the kettle black a little bit.

Then there was a bloody roar from... lets face it, probably some of the strangest quirk he's seen. It made Hiroki make a bit of a double take as he saw the lion heads on the guys... hands? He blinked. "What the-" But actually the lion did its job, by essentially breaking the train of thought in the blue skinned narcissist. It made him notice that there were some other weird characters about. "Hmph. Looks like we got a couple of weirdos in class. Hmph good. You got to stand out sometime. Especially if you're gunning for number two." Stand out, the buisness is a popularity contest sort of.

"Excited to become a Hero? I can relate. What do you think your hero name would be? I've been having trouble coming up with mine."

"Myah?" Sometimes she can't help making sounds, the snapper on her heads start panting because of the excitement. Someone talked to her, and it sounded friendly. What a great start.

She reflectively hid her oversized sleeves behind her as she stood up straight to give him her undivided attention. He was a pretty cute boy so maybe she was a little nervous too. He had those normal teen protagonist looks that gave him a charming air. She wasn't quite swooning yet, but it definitely painted him positive at first glance. "Oh- y-yeah! Really excited!" She said, her snapvine tail wagging. "Name? Oh well..." She rubbed her chin with a sleeve. "Well, I matched my name to my quirk... which, well- kind of obvious." The snapper on her tail made a biting chomp to make the sound. "So I was thinking... Venus Fly Snaps!" She kind of made a 'Sailor Moon' pose on one leg, her sleeves still hiding her 'hands'