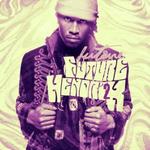 517 posts
in 3297 days
Seen 1 day ago
Hello Ladies & Gentlemen, so this idea popped in my head inspired by one of my favorite shows of all time, that being Supernatural. The classic story of the Winchester brothers Dean & Sam traveling around America hunting monsters, & killing all manner of supernatural menace's creeping through the night. I'm currently on a rewatch binge of the series when the creative bug hit me and thus the idea for this roleoplay "Supernatural Monster at the End of the Book" popped into my head and thus I want to see who if anyone might be interested in turning this RP craving I have into a reality.

My idea for the premise is one that will feature America as in the show as well as London/Britian as well as the rest of Europe & the world. It will feature the world of supernatural & all it's lore plunged into a large scale war with monsters.

Premise
Following the aversion of the Apocalypse at the hands of the Winchester Brothers & other hunter allies in America, it seemed the world had been returned to it's prior state. However under leadership from the remaining Archangel in Heaven Raphael they conspired to re-ignite the Apocalypse & once again get the ball rolling for the end of the world. This eventually lead to an angelic civil war between his side & factions who wished to maintain the status quo. The end result of that was the release of the Leviathans from Purgatory, ancient beasts older than angels, mankind & souls. These beasts are unlike anything else faced before by the likes of the American Hunters or anyone else in the world. These creatures equipped with much knowledge about the universe despite their centuries of imprisonment in Purgatory now seek to establish themself as the dominant creatures of the earth enslaving humanity to do so. Not only that they also seek to eliminate the demon species as well as all other manner of monster & supernatural creature walking the earth.

These powerful beasts have the ability to duplicate a human's entire genetic makeup including they're memory & appearance with mere physical contact. They are driven by a relentless craving for human flesh to devour mankind. Imprisoned by God himself eons ago in the depths of Purgatory to prevent them from killing & eating they're way to the top of the food chain, they are now free to plunder the earth. They now seek to usurp control of the United States, & following that utilize their resources to spread out & conquer the rest of the globe. Thus the stakes have been elevated to global levels, the British Men of Letters/BmoL, a militaristic organization of humans with vast knowledge of the supernatural & occult are thrust into the situation as well. For decades they've kept tabs on America and made plans to intervene with the growing monster situation they're since they're American chapter was mysteriously slaughtered in nineteen fifty eight. The Leviathan threat springing up is the conduit that motivates them to finally do so venturing out to America seeking to re-establish they're chapter there as well as make contact with the President of the United States & other higher ups in the US Government to reign in the ancient monsters before they are able to replace humans as the dominant species of earth. The stage has been set for the ultimate battle of humans & monsters in the world of Supernatural, and it seems one side will emerge as the victors once and for all.

GamePlay
So that's the backstory I've got for the RP, inspired by the events of a couple different seasons from Supernatural. The RP will take place in the year 2012 four months after the Leviathans have been freed & begun integrating themselves into American Society. It's going to be an all out war between humans & leviathans with other monsters, demons & eventually angels caught in the crossfire. As of now just like in the show the public at large has no inherent knowledge of monsters or the supernatural world. The British Men of Letters have joined forces with the President & upper levels of the US Government to wage an underground war on the Leviathans & all other monster species. They will also be seeking to either eliminate or recruit all American Hunters & other persons in the country with knowledge of the supernatural.

If you choose to make/play a human character you can choose whether or not they will be affiliated with the British Men of Letters /US Government task force or be non affiliated. Players will also have the choice of playing Leviathans, & other monsters like werewolves, vampires, witches as well as demons or angels.

Also I haven't made any choice about Cannon characters yet. I myself am indifferent to them, but I'll see what the general consensus is among those who show interest in the RP. I like the idea of original characters to open the RP to people who aren't fans that haven't watched the show. If enough people join that do want to play as people from the show's cast like Dean, Sam, Castiel, Bobby, Crowley, etc I don't see any problem with that. But on the other hand if nobody wants to play as them it's fairly easy to write them out of the story entirely. No matter what choice everyone settles upon, original characters will be included either way.

Supernatural Lore Relevant to the RP 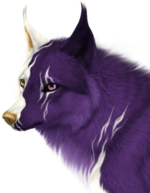 Bio
I’d be up to giving this a shot.
Hidden 1 day ago Post by Chulance
Raw —
OP

I’d be up to giving this a shot.

Yay! I'mlooking fora small group of 2-5 people, so if we're able to get interest within that range I'll move to the next step/phase of opening up an OOC thread for Supernatural Monster Wars.