The Creator of RPs and creating things for them!

STATUS: Looking for Players for a new RP line. 19 days ago

19 days ago
Current Looking for Players for a new RP line.
2 mos ago
Hello to One and All!
8 mos ago
Hello World and All Who Inhabit it!
1 like
1 yr ago
Looking for players for Magicktica Academy
2 yrs ago
Just wandering about to see what I can see. Maybe even to join an RP.
2 likes

In The Empty Office on the Block (Open) → 8 days ago Forum: Casual Interest Checks
I am looking for mature adults who will play out a long term RP about being an odd ball or clumsy or weird or any other word that describes you as a teen from 15 to 17. This will start out with an Academy theme so that you can learn how Magick Works in MyWorld. I hope to keep it going into an adult themed Magickal Real Life Community.

I will expect that the teens will pull pranks, mess up their Magick in interesting ways until they get control over their Magick. Of course stolen kisses and skipping boring classes.
There will be consequences to all of your actions but do you really care?

No ideas for a character? Here are a few that have been done before:

Run away from an orphanage

On the streets and accidently enters to hide from the cops, truant officer, or anyone else like
joining a street gang but it is not working out.

The reason just has to make sense to you and not anyone else.

Here is the entrance plot line:

Hope to hear from you soon!
In The Fall and Rise of a Kingdom- Always Open!!! → 13 days ago Forum: Free Interest Checks
Anyone want to join in the fun at my RP? New things are being worked on all of the time. In fact, we are starting prize drops for anyone who wish to participate in the RP.
In Wanted: Young people to inhabit a new kingdom → 13 days ago Forum: General Interest Checks
This is still open to anyone who wishes to join! Come and see what I have for you!
In The Fall and Rise of a Kingdom- Always Open!!! → 15 days ago Forum: Free Interest Checks
The King Mikel and Queen Liza were the rulers of The Lower Kingdom. They ruled justly and fairly. Servant were listened to and reasoned with. Overall, the servants were happy.
The farmers had it a bit rough for the land did not have much good soil. Not many animals could be kept. They weren’t overly unhappy but they did wished that their kingdom was as good as the Upper Kingdom.
The King and Queen left on a short trip but they never did come back. The servants nor the knights or any of the horses were ever seen. None of the wagons or belongings of the group were ever found.
Nor did anyone that was left behind know where or why The King and Queen left for parts unknown.
It is now 5 years later,
The young Princess Mystique was to be 16 in 6 months. The decision was made to bring the Princess to her uncle in the north. Soon Princess Mystique and her servants will be leaving. Not that she was even asked or knew until the day before that she was leaving for her uncle's Kingdom in the north.
It is an overly warm day in a tiny kingdom that is getting smaller and smaller. Even the Castle Staff are leaving. Who could blame them considering that the land is drying up and the river is much smaller than what it used to be?
Will she get there safely? What problems will the small group have? Will her Uncle King and Aunt Queen accept her?

This is the start of an RP that I wish to start on Discord. I have a great many things to offer on Discord from a paycheck to surprise drops with things that you can't buy at the store. Come and read what I have to offer at

discord.gg/vY2Zn3b
In Wanted: Young people to inhabit a new kingdom → 19 days ago Forum: General Interest Checks
It is an overly warm day in a tiny kingdom that is getting smaller and smaller. Even the Castle Staff are leaving. Who could blame them considering that the land is drying up and the river is much smaller than what it used to be?
This is the beginning of the RP. What I would like to see happen is this:

1. The lonely princess has an advisor who wishes that she would take up her residence in her Uncle’s Castle in a nearby kingdom. She would become the ‘poor cousin’ who learns how to make the best of the situation in spite of her female cousins. She will be allowed to bring 1 wagon load of belongings with her when she comes.
2. The Princess’ castle is falling down on itself and the advisor was done with hunting for the Treasure of the lost King and Queen, the Princess’ parents. He now believes that the Treasure was never there or the King and Queen took the treasure when they left.
3. The Princess is left at the mercy of the stern governess.
4. The King and Queen treats the Princess well enough to keep their staff from rebelling at mistreatment of the Princess who is well known to be kind to the servants. They either don’t believe in magic or has the knowledge of magic suppressed.
5. On the Princess' 16th birthday, she receives a mysterious gift which was left on her desk without a note as to who it came from. It will have things from the past inside. Each day for a month, a new package arrives on her desk mysteriously even if it is guarded. Outside of a futuristic Laptop, nothing has been planned for this event yet.

Positions:
The Princess- myself
The Advisor to the Princess
Uncle King (the elder brother to Princess’ father)
Aunt Queen

Their children- male or female
Governess
Tutor
Other castle staff

My Teachers are twins and each has their own specialties. Here the are: 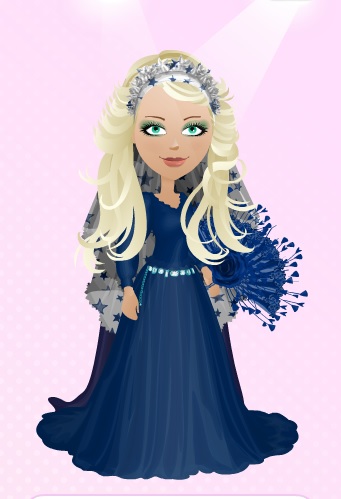 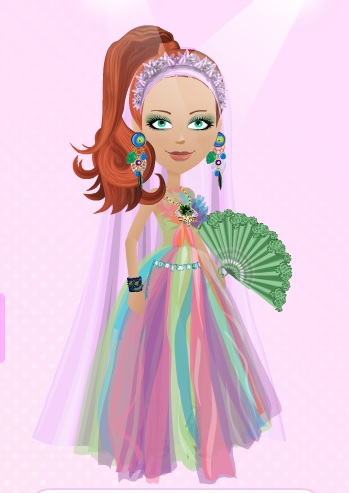 In Magicktica Academy → 1 yr ago Forum: Casual Roleplay
This is what we will be doing:
Your arrival
Orientation- this is where you will get equipment for your classes and class information.
Room assignment- you will have a private room with a bath.
Meals are ala cart, using a wrist bracelet.
And finally, shopping.

Your first class schedule will be:
Meditation
Breakfast
Core Magics
Secondary Magics (mishaps are welcome in all classes as long as you learn from your mistakes)
Lunch
Mental/Mind Magic
Magicktica- how to be a good Magic User
Personal Develment/ Independent Study
Free Time
Dinner
Bed

There will be various side plots to keep the students happy and who knows what else may happen.
Any questions, please ask!
In Magicktica Academy → 1 yr ago Forum: Casual Roleplay
Welcome to Magickictica Academy! This is not like your typical 'Harry Potter' World but it is where you are but a class from leaving this world and going to a Unique World of my own Creation. A place where you can learn new rules about Magic and how it works.

First off the details of the Academy here then a bit more about Main RP where there are many more perks than what I can have here.
What you will have at both places:
Your own room with your very own traveling furniture
Your own private bedroom and bathroom
A new wardrobe of unique clothing
Free Basic Education Tuition that will get you started on the Magick of MyWorld RPs and will continue on in the Academy of your choice
Free food and drinks
Free samples of unique foods from MyWorld RPs
One Avian from a selection of my own Creatures
An allowance

On the Discord, you will have even more!
More unique pets to own
New Academies in New Lands
Free Ghost Train rides for students
A bot of our very own!
The bot controls such things as:
Your spending so that you don't have to keep track of your own account
Runs the store
Crate Drops of prizes and money! Some of the prizes are only found in the Crate Drops

Come join and meet new friends!
Greetings to One and All!
In Magicktica Academy → 1 yr ago Forum: Casual Interest Checks
Here is the link to the IC:
roleplayerguild.com/forums/4-casual-r…
© 2007-2017
BBCode Cheatsheet