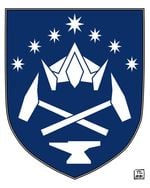 Secondly, would this fit in with the magic.
"All things fall into shadow, even light. Shadows do not represent the absence of light, they show the presence of darkness. Thus, shadow and darkness are not death or diminishment; they are the fundamental state of the universe, the constant that existed before, that exists now, and that will exist when all other things are snuffed out. Just as magic has an opposite. An ancient formless substance that fills the space between matter.
The shadowcaster understands the true, primal power of darkness, attunes herself to the Plane of Shadow, and learns great shadow mysteries the equal of any mundane spell. These dark casters are workers of alien magic, possessing an occult understanding of the world and magic that even other spellcasters find disturbing."
In The Six Crystals → 2 mos ago Forum: Casual Roleplay

As long as you haven't partnered with someone, you can post whenever. Well, after I set the scene in your starting location of course. Which I can do once I'm home in a couple hours.

So far, seems like everyone is lone wolfing it.