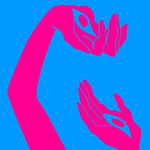 In Shuffle your music player and post the first 10 songs → 1 yr ago Forum: Spam Forum
Borderline - Tame Impala
Head Like a Haunted House - Queens of the Stone Age
In The Woods Somewhere - Hozier
Casimir Pulaski Day - Sufjan Stevens
Human Sadness - The Voidz
Eclipse - Inner Wave
Lazy Boy - Franz Ferdinand
Playing God - Paramore
Take on Me - a-ha
Lucky - Radiohead
In What Are You Listening To? → 1 yr ago Forum: Off-Topic Discussion
In The "Goings On" at Upper Lake Institute → 1 yr ago Forum: Casual Roleplay 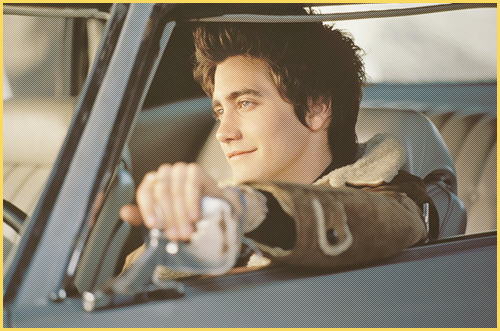 Yet again, Ziggy finds himself pondering whether Ylva had a little something to drink before the party even began. What she said sounded so bizarre and out-of-this-world that he was having trouble just trying to make sense of it. Of course, it should be said that he wasn’t at the best state of mind, at the moment. The inside of his head felt like it was filled with cotton, and all he could think about was how much he wanted one of those sandwiches Ford had brought with him. But as he gazes upon the seemingly insurmountable gulf separating him from where all the food is, Ziggy feels his prior motivation drain from him, and flops bonelessly back on the couch.

“Dude, are you kidding?” Ziggy clicks his tongue in response to Ford’s offhanded jab, though the prickly tone of his voice is tinged with humour. Straightening in his seat, he points to the baking tray before him. “I’d never waste that stuff on brownies.”

Ford’s anecdote captures his attention like a shiny trinket would a magpie. Ziggy listens on, enraptured despite the rambling nature of the story, and is almost a little disappointed when it draws to a close. All this talk about spooky voices and buried treasure reminded him of one of those stories kids would tell one another around a campfire.

“What was the treasure?” The question escapes him before he’s able to stop himself. It might not have been the point, but the primitive, reptilian part of his brain was dying to know what Ford’s uncle found. Then, as if suddenly reminded of the situation at hand, he shakes his head and hoped that it would sober him up somewhat.

“Wait, wait, wait. Sorry. You said something about… us being here for a reason?” As he speaks, Ziggy’s brow furrows in thought, and he brings a hand up to his lips, beginning to gnaw absentmindedly at the nail of his thumb. “That sounds like some cult shit, you know? Like Jim Jones and stuff? But this is just a school, right? It doesn’t make any sense.”

Whichever way he tried to spin it, he couldn’t think of another reason Ylva would be hearing those voices—well, apart from vengeful, malicious spirits, or possibly even aliens, if they wanted to have all grounds covered. Shivering theatrically, he lets his gaze dart from one corner of the hallway to another, before it eventually finds its way back to Ford and Ylva again. “Man, I don’t know. This is giving me serious heebie-jeebies right now.”
In Due North → 1 yr ago Forum: Casual Roleplay 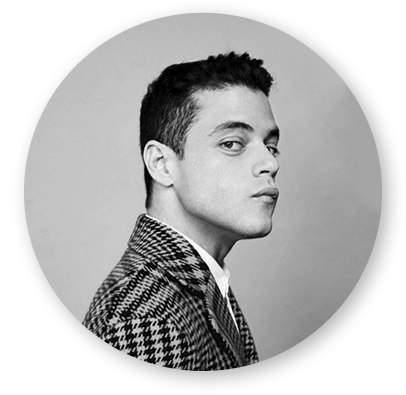 ᴀᴘᴘᴇᴀʀᴀɴᴄᴇ
Upon first glance, and perhaps the next few glances after, one will see that August is not an imposing figure. He stands just shy of 5’9”—an unremarkable height, in this day and age—with an equally average build that tends to lean towards the wiry side. August’s physique, however, belies the strength in his limbs. Long days spent tromping through and chipping away at archaeological sites have bestowed upon him a kind of vigour, one that comes in handy when dealing with large, unwieldy objects or drunken ruffians.

Born to an English father and an Egyptian mother, August has a naturally dusky complexion that’s rendered slightly wan by his lack of sleep. While his wealth and general reputation is enough to silence the worst of it, the color of his skin can sometimes elicit unwanted comments regarding his character. August, on the other hand, likes to think that his eyes are his most notable feature. Large, piercing, with irises as black as tar, they’re the first thing most people notice when meeting him. His gaze has been said to be unnaturally intense and penetrating, almost as if he’s able to see right through you.

When it comes to matters of apparel, August is rather understated in his approach. He prefers dark colours—mostly earth tones—though he sometimes eschews the stifling three-piece suits that are considered “in vogue” in favour clothing that’s easier to move around in. This usually translates to a loose dress shirt, trousers held up by braces, and his trusty pair of fell boots. One item you will almost never see him without is his cigarette case. It’s decorated with silver filigree, carved on either side with an icon of the sun and moon. Indeed, it must be said that August is quite the heavy smoker, and wherever he goes, the scent of tobacco and jasmine follows.

ᴏᴄᴄᴜᴘᴀᴛɪᴏɴ / ʀᴇʟᴀᴛɪᴏɴ
An antiquarian by trade, August is known by many to be one of the foremost experts in his field, especially with artifacts of a more… arcane nature. He has been summoned by Lord Northam in order to appraise a number of artifacts and antiques present in Manor North and the area surrounding it. He is most intrigued by the rumours that’ve spread—of statues moving by themselves, paintings that inexplicably change from one setting to another, and a mysterious, jewel-encrusted goblet said to be the key instrument of numerous theurgic rituals.

ᴘᴇʀsᴏɴᴀʟɪᴛʏ
ᴀʀᴛɪᴄᴜʟᴀᴛᴇ ◆ ᴄᴜʀɪᴏᴜs ◆ ᴘᴇʀᴄᴇᴘᴛɪᴠᴇ ◆ ᴀʟᴏᴏғ ◆ ᴅɪsʜᴏɴᴇsᴛ ◆ sɪɴɢʟᴇ-ᴍɪɴᴅᴇᴅ
August has always been the academic sort. He takes pride in what he does, in learning, and often finds himself consumed by his work to the detriment of everything else. Still, he can be a people-person when the situation calls for it; he wasn’t raised a savage, after all. While he can frequently come off as lukewarm in his attempts at socialisation, there is no denying the eloquence of his words. He has a knack for turning people around to his way of thinking, even if it means he has to sprinkle in a few half-truths here and there. Above all else, August considers himself a scholar, but he can also be selfish with his knowledge. Unless it stands to benefit him in some way, he would rather keep his learnings to himself.

ʜɪsᴛᴏʀʏ
August du Maurier was born in Naples, Italy on a sweltering summer’s day. His parents were Edgar du Maurier, a globetrotting archaeologist, and Dr. Khadija Haytham Basir, a distant scion of Egyptian royalty. They met at an excavation site in Pompeii, and found that they both shared a deep passion for history. Following a whirlwind ceremony presided by a local priest, the two were married a mere fortnight later.

From an early age, August began tagging along on his parents’ expeditions. He proved to be an exceedingly swift learner, devouring whatever knowledge he could, and became something of a prodigy in his field of study. By the age of fifteen, he had already been down the subterranean mines of Paris, explored the pyramids of Giza, and trekked through the rainforests of the Amazon. In those years abroad, August learnt much about the mortal plane, though it would be some time before he realised what truly laid beyond it.

August was asked to return to England a few years later, to acquire what his father described as a “proper education”. He didn’t see the point of it when he had everything he needed at his fingertips, but the man was insistent; and so, he soon found himself on a steamship back to England. There, he enrolled in the prestigious Oxford University, a process that went fairly smoothly, thanks to his father’s alumni status.

While August initially dreaded the idea of being stuck in a stuffy, old building for days on end, he soon found that there was much to read in the school library. In time, he grew to enjoy the company of books more than people. Coincidentally, it was also there in the city that he first made Lord Northam’s acquaintance. Much of his time at Oxford was spent studying the countless texts available in the library, though he always seemed to long for something better, something more… exciting.

After finishing his studies, August chose to embark on his own journey. He spent a number of years travelling across Europe, specialising in art history and archaeology. While his parents had their beliefs firmly rooted in science, August was a little more flexible, and held a burgeoning interest in matters of the occult. In his travels, he has seen strange, otherworldly things that could never be explained by logic alone.

In Reykjavík, for example, he came across a collection of paintings from the mid-16th century, seemingly haunted by the restless spirit of an artist that had committed ritual suicide. Every night, the contents of the painting would shift, revealing a twisted depiction of events to come. It was said that those who came into possession of the paintings would find themselves beset with ill fortune, lest they suffuse the canvas with blood from their own veins.

Over the years, August has gathered a collection of such items, turning his own home into a menagerie of sorts. Professional curiosity prevents him from simply destroying the artifacts, despite their inherent dangers. Rather, he seeks to one day understand the true nature and purpose of these objects.

ǫᴜɪʀᴋ
In addition to his background in art history and archaeology, August has always had an affinity towards cursed or eldritch artifacts. While he did not actively seek out such objects in the beginning, he has come to regard the study of them as his true calling.
In Due North → 1 yr ago Forum: Casual Roleplay

@bandcrsnatch sorry double post. But you can move the CS it's good