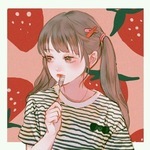 17 days ago
Current Don’t mess with Texas babies. ❤️
5 likes
2 mos ago
Meanwhile, on TikTok — huxley.net/bnw/three.html
2 mos ago
Who needs to leave the kitchen with a Samsung Family Hub Refrigerator? Well played, [@dryden].
6 mos ago
Excuse me while I pretend to live in a world where owning a Fresh Brew Plus Thermal Carafe Coffee Maker EC-YTC100 makes my life complete.
3 likes


“Every leaf while on its tree sways in unison;
beats the same light and shadow,
is sustained by the same sap that will release it in blazing color.

It is that moment before falling we all live for,
to see ourselves for the first time,
to hear our name being called from the inside.”

Aki’s act of surprise against the pickaxe caught Suzi’s attention. Her eyes darted around looking at the others. Her mouth made a small o, as she observed. There was something scary about all of this. There had been a backdrop of terror this entire time, but the fear was dripping away, as she saw what was happening.

This is not scary. It was the same inner voice that told her the city of Tokyo was a new adventure. This was a new adventure. It was different than other adventures she had experienced, but it was definitely an adventure, and it wasn’t scary. She wished to believe it never had been scary.

Her eyes focused on her screen. Kyaromon She wished for her Digimon to be right beside her. How would she come about this? Her mouth closed with a childish concentration, pressed into her right cheek. It was as if an invisible wall was holding her back. She was staring at her Digimon and then back at the other children. There was not a chance she would try to attack any of the viruses with her bare hands as did Aki.

Her mind went back-and-forth, to-and-fro about how to change the situation. Finally, she drew in a deep breath. Her small chest puffed a bit, “Kyaromon! Digivolve!” Her voice commanded, again. She knew what Kyaromon would look like next, and it excited her. What she did not know, was if this was how it would happen. The circumstances were different than with her virtual pet monster that had been gifted to her at her birthday.
In MicroFiction&Poetry contest #7 - Voting & Feedback → 25 days ago Forum: Writing Contests
I vote for Holy Ground.
In Avalia → 25 days ago Forum: Casual Roleplay 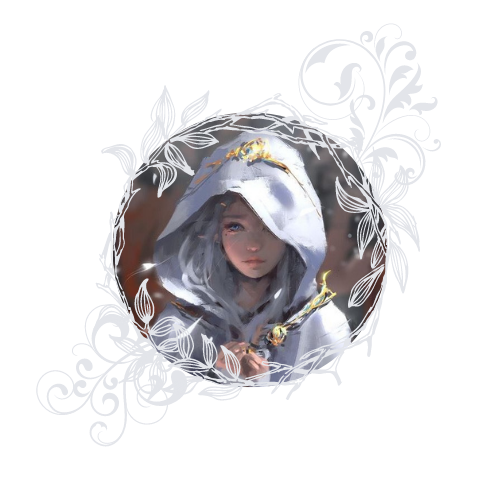 The humans were very fragile. She felt a small tug of guilt upon her chest from when Jomari had become upset over her changing. Music was heralded as a therapeutic device, in not just elves but many others creatures, as well. It tugged at her to think she could have made things worse. Her father had taught her this, many times. However, she felt responsible for not administering a universal medicine properly. It was her inexperience, and in her inexperience, she became aware on the carrier was leading her down a narrow alley of darkness. Her age was showing in her conscious.

Aurora’s fingers were intertwined together, as she sat longingly on the carrier. Her blind gaze fixated on her inward world, a universe she desired much more than the outside beauties, which tried to taunt her — more so as a child than now. Her hair was modestly pushed under he snow white cloak, and the movement swayed her vestment carefully. She had little words for the humans, at the moment. Their temperaments had a power she desired not to touch. It seemed best if the other elves dwelt in conversation with them as she merely observed from her spiritual point. Becoming too attached now would leave her vulnerable towards a peaceful alignment.

A small smile perched on her lips. It had been an eventful handful of hours. They came and went so quickly, yet their memories were seen quite boldly on the tapestry of the humans’ minds. She wondered how finely they were embroidered. What details would show when the tapestries were finished? They were such delicate creatures, and yet… she dared not finish this thought. It was too impatient to force its finality, much as the Dark Elves delighted. Patience was ultimately what Aurora needed to remeasure within herself. Time was not on their side, and many quickenings were needed. However, there was no use in impatience. On the spiritual level, all was bound to play itself the correct note within the timeframe that the current situation was singing.
In The Digital Expanse → 1 mo ago Forum: Casual Roleplay
C:\Expanse\Data\User_Data\Suzuki_Takada...

Suzi’s attention on the warming of the sun was interrupted by the sound of her voice coming from the device around her. Her voice sounded like it mentioned something about a Mettaur, Class F virus found.

“Hu?” Her brows knitted a bit, and her teeth quit nursing on her bottom lip. Her eyes darted around, seeing Aki. She took a step back, noticing the hard hats, and the other girl (Lily). Her Digimon was evolving! “Aye…” Suzi took another step backwards with a childish hesitation. A quirky curiosity sprouted in her.

“Pafumon, Digivolve!” Her small voice commander triumphantly. Suzi felt a strange sense of excitement and urgency as she said this. A bright light encircled around Pafumon as the little monster began to evolve into a slightly larger digital monster.

“Kyaromon!” The newly transformed Digimon exclaimed. It’s tail whipped with a puff of intensity, and despite the immediate dangers, Suzi had to hold back a glee of exuberant happiness.
In Avalia → 1 mo ago Forum: Casual Roleplay

The vuothoran thrashed its large claw just over Caelan, carrying Sohpie, and Aurora. The light elf could hear the momentum gather like a gushing, violent wind as it clawed violently over their heads. The auras of Caelan and Sophie grew significantly by the onslaught of movements through the jungle. She tried not to fear what would happen to them, as she managed barely to cover her own condition.

Her feet continued padding as quickly as they could against the dirt flooring. She followed gracefully, making sure to judge the appropriate nimbleness for the outdoors. While she was not the swiftest in movements, she was not the slowest either. And Nuallán's steps hastened protectively. She heard his voice through the chaos. It was a quick, stable sound, and Aurora held onto his tune as she tried to find a rhyme and rhythm through all the rumbling of the jungle.

The sounds continued as loud and booming, and suddenly, there was another sound, like that of a group of light elves. She could discern this by the sound of their magic and distance of powers. She made no attempt to turn around to observe for auras. Instead, she trusted within herself and continued her run for safety. As she began her prayers within herself, the sound of a light elf screaming for his own life echoed through the trees and openings and closings of the jungle. Aurora could feel the poor creature’s pain as life left his mortal body. A prayer for the sacrificed life was quickly chanted silently within herself.

And then, the group had made it to safety. Their energy levels had shifted dramatically, especially the humans'. They looked like pulsing stars, ready to explode. Nuallán's voice was heard again, directed towards her. Aurora turned to his tall frame, still calm and collected. It was evident that he had been running from something dangerous, but his usual smoothness was still glowing with its usual ambiance. Her blind eyes quickly shifted to look for Lady Rosaria. The princess seemed fine, as well.

"I am terribly sorry for asking this of you so soon but... The humans might need your assistance calming their hearts... Now more than ever." Nuallán said in a low tone and with a discreet bow towards her. She watched his energy lower as he spoke and received his suggestion with a welcoming smile. The look of worriment remained on her face, as usual, though.

The light elf turned towards the humans. They were such strong yet impressionable creatures. SHe would tend to their needs as was fit for them. Each had their own individual trials and feelings within that differed from one human to the next. Each creature shared a distinction in this manner, her father had taught her. Never under estimate the interior of a being. No matter how trivial of a thing it might be. The humans were nothing but trivial. If anything, she found them more complicated than any of the creatures in Avalia, "Yes, I shall sooth and comfort your spirits. It will remain most calming if you accept my gift with your eyes closed, but the gesture is not necessary." She understood that after such an event, putting one's guard down could stir unwanted emotions. However, accepting her magic was best done in the best concentrated manner, which seemingly was with eyes closed.