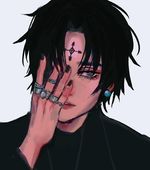 In The Outpost | Always accepting → 8 yrs ago Forum: Casual Roleplay
I must withdraw from this RP.

Apologies.
In Uno Mundus -Uncovering the World Secret- → 8 yrs ago Forum: Casual Roleplay
I must withdraw from this RP.

Apologies.
In Ishnorb requires help. → 8 yrs ago Forum: Suggestions/Problems
I am the GM of a thread on this forum.

I am kindly asking the mod or owner that takes their time reading this, to please delete this thread.

The IC has yet to be created and I do not wish to pursue further development with this project. Nor do I wish for others to pursue re-booting it.

Thank you for spending your time reading this, even if you do not delete the thread. ^-^
In Magic Vs Tech Users: Curse Of Mana RP → 8 yrs ago Forum: Casual Roleplay
If you wish to further pursue information on why this is occurring. Feel free to shoot me A PM.

This roleplay is CLOSED.

Not enough progress has been completed with long this thread has existed.
In Magic Vs Tech Users: Curse Of Mana RP → 8 yrs ago Forum: Casual Roleplay
Kinda been waiting for a few more members......
In Uno Mundus -Uncovering the World Secret- → 8 yrs ago Forum: Casual Roleplay
Zylar was no longer leaning against the wall of the cafe, now traveling towards the academy. Noticing the time he realized the time of the opening ceremony was getting close. In fact he was becoming late rather swiftly. Zylar was Seemingly calm as he rushed about, across streets, in between civilians, finally reaching the campus only to look upon it. Zylar chuckled as he momentarily examined the campus and wondered where the meeting hall was. Shortly after he recalled the directions told to him by his employer, along with hearing the sounds of the speaker inside the meeting hall. To say the least, the speaker sounded enthused.

When Zylar entered the meeting hall, where the ceremony was taking place. He hears the speaker say a few words. 'And now. We gonna let every representative of each Continent to give a word to their Continent's residances that enroll here' Zylar merely leaned against one of the walls near the entrance, eyes cautiously scanning the whole room as he waited. Wondering if his late appearance would effect his status of employment. Because he knew it would at least get him a 'stern' talking to.
In Uno Mundus -Uncovering the World Secret- → 8 yrs ago Forum: Casual Roleplay

Amalvi said
Not much, we have just discovered who the director is and ren has just asled the dragon to come to the school with him. Also, representants of each continent are about to give a speech, Dazed said he was going to post, but he must have forgotten


Oh wow I'll post asap. I wasn't sure if someone's character was coming to get mine. Or if I was just going to have him already employed.

Guess having already employed makes a lot more sense. XD
In The Guild → 8 yrs ago Forum: Casual Roleplay
I'm going to have to agree with Gisk. I too have not seen fairy tail. While I don't mind a few things based off it for convenience. I wouldn't prefer to play An RP based on something I know little to nothing about, or haven't seen the anime.
In Magic Vs Tech Users: Curse Of Mana RP → 8 yrs ago Forum: Casual Roleplay
Deed is done, gave extra day to receive no feedback.

After one to three more role-player join. We can start.
In The Guild → 8 yrs ago Forum: Casual Roleplay
I think it is proper time to create an Interest check? or something? Unless you all want to hash it out here.
© 2007-2017
BBCode Cheatsheet