In Titan's Fall: The Abyssal Paradox → 20 days ago Forum: Advanced Roleplay
Shieldtown, Beneath Plate 1, 1:52 AM

The streets of Shieldtown were crowded and noisy, even this late at night. The arrival of the hunt was like the beginning of a festival, with workers bustling to and fro as monster carcass after monster carcass was hauled into the settlement and sorted to be butchered - for food, for parts, for science. Others were sent elsewhere, still whole, to be prepped for distribution out to the rest of the undercity.

The night’s laborers were joined (and occasionally obstructed) by revelers celebrating the influx of glorious meat and the first day of what was doubtless the biggest event of the season for those who lived down here. The streets flowed with liquor Máire couldn’t recognize, and food stalls sat just far back enough from the street that the trucks rolling through could get by with only moderate amounts of cursing thrown at the proprietors - and the occasional slab of raw meat, Máire noticed. The atmosphere made the occasional thudding of artillery fire against the unnatural stragglers outside the wall almost sound like fireworks, and Máire half expected to see sparks lighting up the sky whenever she looked up. Instead she kept her eyes in front of her, stood to the side of the celebrations as she called out to those who came close.

“Excuse me, I’m trying to find someone. Excuse me, have you seen a woman, about this tall? Excuse me-”

There wasn’t much else she could think to do at the moment. Both of her guides had been lost to the breeze, making the prospect of finding Bayushi on her own in the disconnected labyrinths of undercity settlements unlikely at best, and the idea the leaders of Shieldtown would deign to speak with her sans her mouse-face voucher were even worse. If nothing else, the locals seemed far more willing to speak with her now that they couldn’t recognize her as a Templar. Her clothes were stained head to foot by the blood and viscera of the creatures Máire had cut through to get here. Her cloak was tattered, her face and hands a bloody, muddy mess. The only ones who would recognize her as a member of the order at this point were those who already knew to look for it.

Several minutes passed by in much the same fashion, and ended with much the same answers. It seemed increasingly as though if Bayushi had ever been here, she had remained uncharacteristically subtle and out of the way. Máire hooked her thumb in her belt, standing contrapposto as she took to watching passersby in silence for a while. Her efforts weren’t entirely without fruit; either out of generosity or pity one of the stall owners had given her a grilled skewer of unidentifiable meat, and Máire ate it idly as she thought. It was heavily peppered, and smelled thick with iron, a bit like liver. That was good, she was feeling a little iron-deficient after the day’s endeavors and didn’t feel up to chewing on nails again.

“I guess,” Máire answered, not turning to look at the child who had been watching her from across the street for an hour or so.

“Is the lady you’re lookin’ for also a hunter? Is she your partner?” The boy sat cross-legged on the curb, chin resting in his hand as he looked up at her.

“Something like that,” Máire replied with her teeth on another meat chunk, tearing it free from its skewer.

“You sure she didn’t get swallowed up by one of them?” He pointed at a passing truck, piled high with carcasses of unnatural beasts.

The boy stared at Máire in silence as she finished off her dinner and took to using the skewer to clean dirt and gore out from under her nails. “Why’re you hangin out covered in blood?”

“It inspires rodential-faced children to pester me with questions.”

The boy snorted a laugh. “Better not let Rat hear you say that.”

“I’m sure he’d let it slide. You know, if you went to bed at a proper hour every night your face would fix itself into something proper and you wouldn’t be as compelled to bother strang-” Máire’s words cut off as what the boy said registered in her skull. “You know Rat?”

“I guess?” The boy gave her an odd look. “Pretty much everyone knows Rat. Why?”

The boy was trying to weasel something out of her, and was very bad at being coy about it. His face was twisted in the smug shit-eating grin of a child who thinks they can get something from you, leaning back on his hands as though nothing in the world could threaten the power he now wields over your very existence. Máire graciously suppressed an unkind impulse bubbling in her mind.

“I’ll give you a credstick,” she offered, drawing one from her pack and twirling it in her fingers.

His eyes lit up at that. He understood money. He leapt to his feet, arms pinwheeling to keep from losing his balance. Máire made no effort to catch him. “Sure! He shouted enthusiastically, spinning to face her with his hands planting themselves on his hips. “I’ll take you right to ‘em! Just follow me!” Then he spun again, marching off into the crowds. “You can call me Doll by the way!” he shouted over his shoulder. “You?”

With some apprehension at the idea she was putting the next leg of her mission in the hands of a child, Máire stepped into line behind Doll and out into the street.
In HEROIC → 1 mo ago Forum: Casual Roleplay 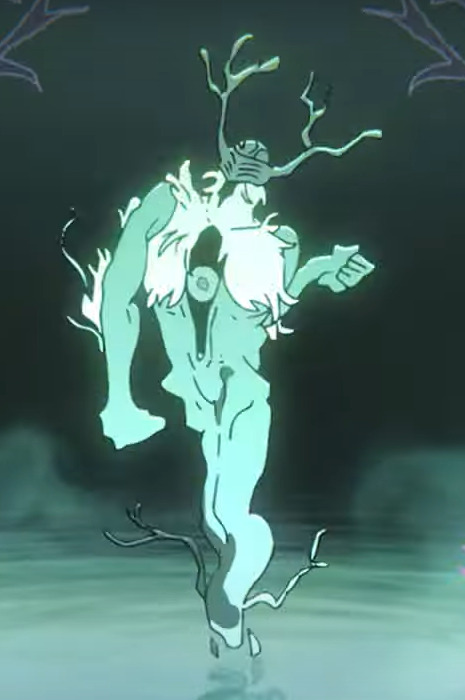 In HEROIC → 1 mo ago Forum: Casual Roleplay
action!
In HEROIC → 1 mo ago Forum: Casual Roleplay
Oh shit! Joel was dead! Joel got killed! Joel was- Oh, he was fine. Way to play with a girl’s emotions, jerk. Not that she really… well, they’d known each other for like half an hour. Or, technically it was more like two days, but was keeping track? Certainly not Bouncer. Oh, Kitsune was here. Where’d she go, anyway?