4 yrs ago
It's way too early to be hearing Christmas music in the mall... can we get past Thanksgiving, first?
7 likes
4 yrs ago
Back from my little hiatus.
4 likes
4 yrs ago
Lost one of my childhood friends this morning to gun violence. My heart hurts.
18 likes
5 yrs ago
Incredibles 2 in theatres June 15, 2018... Guess whose grown ass is gonna be shoving kids out of the way to get a good seat?
10 likes
5 yrs ago
When you're trying to live off of 3 dollars and 57 cents for the rest of the week and have to fight the urge to stop for food.
6 likes

I'm Ken/Marz. My pronouns are She/They. I'm a 22 year old struggling college student from VA.
I write to escape. The Guild has been my haven for over 10 years now.
You'll typically see me in the SOL or Supernatural sections.
My PSN is GirlOnMarz and my Discord is Marz#1208
My Face, TikTok and Twitter

Location: Home → Delbrook Academy Homeroom → Lacrosse Field
Interactions: Tyrik Richards + Yessi de Leon @Horangi
Outfit
Tiara Richards had been a morning person for as long as she could remember. While a good majority of her peers spent their Summers partying all night, getting drunk, and flopping into bed (whether it be their own or someone else's) at around four in the morning, Tia was usually in bed before eleven and out before six; She spent her early mornings tending to her plants, listening to good music, and having a quick smoke session before starting her day. The morning that marked the beginning of the school year was no different; she hopped out of bed at her usual time, and after taking about thirty minutes in the bathroom to get herself together, began the rest of her daily routine. She started by pulling open her window curtains, allowing the sunshine to illuminate her bedroom. Four small potted plants sat on her window sill, and Tia greeted them each as she went through and poured water directly into the soil. "Rise and shine, Cher... good morning Ivory..." she said brightly. "Ebony, you're looking very beautiful this morning. You too, Jade! But it might be time to clip some of your-"

"Don't tell me you in here talking to your plants again."

Though she was slightly startled by the sudden sound of her older brother's voice, Tia didn't turn to face him until she finished her task at hand, and when she did finally turn to see the tall figure that stood in her doorframe, she couldn't help but roll her eyes and groan. "Tyrik," Tia said in a deeper tone, obviously mocking her brother's voice, "Don't tell me you in here disturbing my peace again when you should be on your way to work. Wasn't mama just yelling at you last night? Something about you only needing one more strike before you get fired?"

"Man, fuck that job," Ty said, sucking his teeth as he entered Tia's room, plopped down onto her bed, and reached for the half-smoked joint that lay in the ashtray on her nightstand. "They not gon' fire me, Tia. We're short-staffed like shit, so they need me more than I need them."

"Yeah... you keep on telling yourself that," Tia said with a scoff before returning her attention to her plants. "And there's nothing wrong with talking to your plants. It's good for them. Helps them grow. I read it on the Houseplant Journal."
__________________________
With it being the first day back and all, Tyrik's coworker and long-time bestfriend had no problem dropping Tiara off at school before heading to work. "Have a good first day, kiddo," Tyrik said from the passenger seat as Tia collected her things and shut the door. Rather than respond, the young woman simply showed him her middle finger. "I love ya too, little sis," he yelled out of the window as they departed, which only made her smile and roll her eyes for what seemed like the hundredth time that morning.

Soon after that, Tia found herself maneuvering through the crowded halls of Delbrook Academy, the R&B song that blasted through her headphones blocking out all the noise around her. She did turn down the volume of her music every now and then in order to briefly acknowledge several familiar faces on the way to homeroom, but it wasn't until she reached her destination that she turned it off altogether and let her headphones come to a rest around her neck. "Señora Goldman," Tia exclaimed once she came face-to-face with the woman who'd been her Spanish teacher throughout her first two years of highschool. "Buenos días! It's good to see you again." She then entered the classroom and spent a few brief seconds scanning the seating chart, before making her way to her designated desk. She was very relieved to see that she'd been seated near a few familiar faces.

Once everyone had found their seats, Tia politely listened to Mrs. Goldman's usual spiel, nodding and smiling whenever the woman mentioned helping out any newcomers. And when Principle McGregor's voice finally began to fill the now silent room, Tia couldn't help but roll her eyes at his initial request. Nevertheless, she stood from her seat like everyone else, but refused to utter a single word of the pledge. It wasn't long before Tia found herself sitting in the auditorium with the rest of her classmates, enduring an hour-long lecture from McGregor and the Vice Principal. Though she tried to listen for the first half, Tia wound up spending the rest of her time in the auditorium texting her friends and getting a few extra minutes of sleep.

Finally, the class was taken out to the Lacrosse field and, after a headcount, left to their own devices. Tia immediately began scanning the small group for her best friend and, after spotting her, hurried to fall into step by her side. "Hey girl! I don't know about you, but I'm fucking starving," Tia said, gently nudging Yessi and nodding towards one of the booths. "That's what I get for smoking and skipping out on breakfast. Let's go grab a funnel cake or something."
In Delbrook Academy: Senior Year [ FULL ] → 3 mos ago Forum: Casual Roleplay
__________________________ 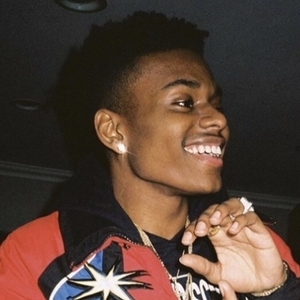 "You have to go through good times and bad times to get where you're trying to go."
-Allen Iverson 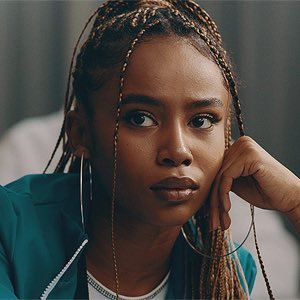 "Never lookin' back or too far in front of me; the present is a gift and I just wanna be."
-Common

"Never lookin' back or too far in front of me; the present is a gift and I just wanna be."
-Common