STATUS: Cal me Xivu Arath 'cause I'm about to fight a robot lmao 8 days ago

8 days ago
Current Cal me Xivu Arath 'cause I'm about to fight a robot lmao
13 days ago
👀
13 days ago
Have you considered doing the based thing and deleting the status bar.
2 likes
14 days ago
Holy shit. Shut the FUCK up all of you. I’m trying to watch a cow rotate on YouTube.
6 likes
1 mo ago
On today’s episode of Status Bar Politics: See who’s the stupidest! Will one lucky winner’s opinion get the fabled 10+ likes? Find out next time when someone actually asks!
4 likes

I’ve been on this site since 2015, not quite Guildfall age but I’ve been around the block a few times. I like just about any kind of setting that I can get interested in as long as it’s fun, over the years, I’ve written a lot of them too, fantasy, modern, sci-fi, whatever sounds fun at a time. You might remember me from the time the guild had a chat room, that was fun.

The Eye of the Needle
Shirik

This was it. This is what she trained for.

Once they touched down, Cora put on her helmet and took things in. Roughly a month had passed since she first walked into Mount Justice, and now it was finally time to put all that training to good use. A bank robbery normally didn't seem like anything particularly dangerous, but people normally didn't focus on the people involved. Besides, this bank was fucking massive. If she messed up now, lives could be lost. That couldn't happen, and if anyone did up today, she just hoped it wasn't her. Metamorph seemed to know what he was doing, so Cora felt like he could trust him to keep things from falling apart.

With Nymph already gone and scouting ahead, that just left Mirage and herself to get moving. Cora felt... Intimidated by Mirage, but she seemed cool. "Meet you over there." She told Mirage, and ran towards the hatch, and she seemed to start floating just after she took off. Current flowed through Stormcaller's body like a wire, allowing her to move through the air rather than on foot. Cora weaved her way around all of the AC structures and usual rooftop obstacles, and landed by their destination quickly.

Cora peeked the hatch open ever-so-slightly and looked down in, before closing it back. "I'm here, looks safe to go in. Nymph, you okay in there?" Cora asked over their comms.

Something smelled like burnt rubber...
In TITANS → 22 hrs ago Forum: Casual Roleplay
I will also not be participating, unfortunately.

The vibe was killed when you got defensive over Kairo's powers.
In TITANS → 1 day ago Forum: Casual Roleplay
I’m gonna be honest, the possibility of someone getting love potioned seems kind of weird to me. And not in a good way. That’s adjacent to mind control, both of which take agency from people, because now someone has to write their character acting on the decisions of someone who isn’t their writer.
In TITANS → 1 day ago Forum: Casual Roleplay

I call dibs on… Well idk who yet.
In Avengers Academy 💥 → 4 days ago Forum: Casual Roleplay
Leah Jordan 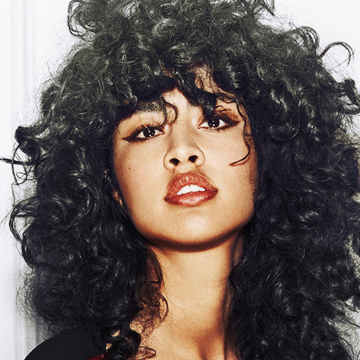 "Oh boy." Honestly, everything just existing around Leah didn't mean much at this point. Shortstack-Boy walked away, and Diana was being Diana about things. At least she had the courtesy to make herself scare... Was that fucking Sabine? Oh hell no. "What hole did you crawl out of?" She asked when Sabine came around. Leah and Sabine's dynamic was... Complicated. Leah hated Sabine but at the same time just gravitated to the absolute harlot's presence. That was only made more complicated by the fact that they were roommates... Of all things to be, they were roommates. "Listen, Sparky, just relax. You didn't mean it. He'll come around eventually, just, uh... Give him some space. Day one's always hard on people when they aren't getting torched." Leah struggled to keep up with a kid as energetic as Danny, but she didn't outright hate him. She unlatched her arm from April and then looked around all the small group. "Bad start to a good day, sure, but it's still a good day. Take it easy, it'll work out." The wind does not move the mountain, something she believed in.

"Think I'm gonna swing by the old lady's place before she takes off. Guess I'll see you people around somewhere." And Leah went off.

Leah made her way across the academy and stopped at the little rickety looking shack that Old Lady Agatha did things in, and just happened to bump into a certain someone named Zelda Flynn. What happened was something left for fate to decide.
In 🗡 Roses and Daggers 🎕 → 4 days ago Forum: Casual Roleplay

So far, the retired General had taken things slow during her vacation to Caesonia. An investigation with an attractive lady, and a brief meeting with a princess. She enjoyed these things, but Lyra came on horse. She was mounted as she paced briskly with her steed to the race that was being held. Her faithful companion on this journey, she was known as Lady Avarice and sported a saddle unlike many. Cream-tinted leather sewn with red trim and silver metals decorated the noble creature. Her hair and skin were both well-kept. Lyra was relaxed, and her hands folded rather than on her reigns. Lady Avarice and the General had a very close bond between each other, such that she only had to give her companion directions and she knew just where to go. Lyra had heard of the hat contests, and so she elected to buy one that fit her attire. She was dressed in her uniform as usual, a formal outfit of red and white, decorated with a coat of arms depicting roses and a lion.

She had already been registered before today. Major General Lyra Carris, riding Lady Avarice. The two made their way up to the starting line and waited. "Are you ready, girl?" She whispered into the horse' ear, who nudged her in confirmation. Winning this race wasn't important to either of them, but Lyra and her noble steed were inseparable. If anyone could win, it was them.

In The Eye of the Needle (where Fantasy and Sci-fi collide) → 4 days ago Forum: Casual Roleplay

Thankfully, they managed to cart J’eon to town and find a life mage. Another Tekeri, apparently. This one knew what she was doing, and thankfully, J’eon was back on his feet in short order. That was good at least. In the meantime, Shirik was simply pondering the beast they came across. Shirik was older than everyone present, and their last three generations of grandparents combined, surely they had seen such a creature before. Alas recollection was failing them.

When J’eon pointed out the fire in the sky, it clearly an unmistakeable similarity to the spell that Shirik performed. It lit up she sky in the same fashion as the meteor they dropped on the bug. ”I did say I would drop the heavens on that creature. I tend to back up my claims.” They said flatly, fully intent on taking the credit for whatever was about to happen. ”The heavens fall in strange ways, sometimes. That will likely land near civilization, we should go and make sure no one is harmed. Well.. I should, at least.”

”…Perhaps I overdid it.” They said, giving Kareet a look that said something like, “You wanted to study me, you get what you wished for.”

I would be interested in joining this rp, would there be room for another player? I also had some ideas of what my character's powers would be okay if I DM'ed you some my pitch?