STATUS: Glad to be here! 3 yrs ago 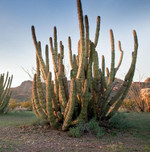 3 yrs ago
Current Glad to be here!
3 likes

I'm hoping to get involved in:
* sci-fi/cyberpunk
* high fantasy
* maybe slice of life? never tried it before.

In D-CLASS → 3 yrs ago Forum: Casual Roleplay
He didn't get any sympathy from the other two inmates, not that he had expected much--they'd never even spoken. They practically faded into the wallpaper as his attention was taken up by the approach of two rifles. He forced himself to look at the guards' faces for a moment, but forgot them immediately. His mind was a clamor of fear--of the chair, and of the emotionless security staff. He held up his hands and forced himself into motion, before he got himself into more trouble.

He sat lightly in the chair. All of his senses buzzed. He craned forward a bit, in the very faintest desperation, to look at the attachment points between chair legs and floor. Solid, rust-free, properly-surfaced angle stock cut and bent at the bottom to form integral brackets, through which were driven 5/8" bolts with washers. Comically structural, he thought. A pickup truck couldn't rip properly-set five-eighths bolts out of concrete, let alone a 5'9" prison inmate with herniated disks.

He sat up and laid his arms on the armrests. He looked at Dr. Smith, face impassive.
In D-CLASS → 3 yrs ago Forum: Casual Roleplay
@FalloutJack This might be relevant to your interests
In D-CLASS → 3 yrs ago Forum: Casual Roleplay
The transition from breakfast time to work time was abrupt, with hardly a chance to say appropriate goodbyes. He nodded to Claudette as they were whisked in opposite directions; the guard's rifle was a strong argument for swift compliance, even though he wasn't actively threatening to use it.

Rob didn't have much time to contemplate what the day would have in store, as the walk turned out to be short. The small group passed through a sterile-looking steel door and entered into what looked like a bunker. With no windows anywhere that he had seen, he wondered if the feeling of being deep underground had some basis in fact, or if the foreboding character of this chamber was making him feel slightly claustrophobic.

Everything in the room faded into the background in deference to the centerpiece: a severe steel chair with restraints on the arms and legs. Rob's heart started to thud at the sight of it. It looked like a set-piece from a documentary about medical experiments by war criminals, or an expose on CIA interrogation practices. He'd signed up knowingly for "danger", but he hadn't figured on actual torture.

He almost missed the old researcher's instructions through the blood thundering in his ears. "It's okay, trust me. Everything will be fine." The awful hollowness--real or imagined--of those words only increased his dread. He spent a moment weighing the option to disobey, to run or try to wrestle a gun from someone, but the three heavily-armed guards once again provided a strong counterargument against trying anything drastic.

"You're certainly in charge here," he began, "but, ah... can't you tell me first what you're going to do to me?" He didn't back away from the impassive elderly man, but stood at a somewhat farther distance than social custom would indicate, hoping he could stall for at least a little bit of time.
In D-CLASS → 3 yrs ago Forum: Casual Roleplay
It's all good, real life stuff is important :) Looking forward to the next plot post!
In D-CLASS → 3 yrs ago Forum: Casual Roleplay
"... legitimate business practices..." There was something lurking behind those words, but Rob couldn't make it out, and he dismissed the line of thought after a few moments. "Well, if you're feeling dissatisfied with your 'fraction of a family fortune' I'd be happy to take it off your hands,", he teased with a lopsided grin.

The return question followed in the wake of his own, which it always did. "Killed someone." He paused. He never got any better at answering that one. [color=00acf5]"I'm a theatrical rigger. And a carpenter. Well, I was. Had my own shop and everything." He automatically offered an explanation of his work, without bothering to wait for a question to trigger it. "We build and test everything that hangs off the ground, basically. Moving set pieces, actors in fly harnesses, curtains, lights, and all the structures and ropes that support them. When you go see Peter Pan and the actor is zipping around through the air--six hours before, it was my ass in the harness, making sure it was safe."

He smiled a little at the memory. [color=00acf5]"But that's all in the past now, I guess. Thirty days from now I get to start asking around about who's willing to hire a felon," he said glumly. He picked at his bacon crumbs again.
In D-CLASS → 3 yrs ago Forum: Casual Roleplay
@Redmon Our hackers and our D-class are separate people (right @Stekkmen?)
In D-CLASS → 3 yrs ago Forum: Casual Roleplay
Rob smiled to himself as the dark-haired misanthrope continued to make a scene. Not a great way to make friends in prison, kiddo. The man could have been merely pretending to be highly educated, but enough PhDs had come through his shop that Rob felt he could distinguish the genuine article. The best of them appreciate the limits of their knowledge and respect how the craftsman's expertise complements and sometimes exceeds their own. The worst of them thunder into the shop, condescendingly proclaiming their own brilliance and indignantly lecturing anyone who dares point out the obvious unstructurality of whatever deathtrap they've designed.

If you needed their business to get by, these people were a nightmare. If not, their tendency to mouth themselves into trouble was often a source of high-quality entertainment.

The younger man, whom Ryan had tried to recruit into his cops-can't-lie camp, snapped loudly at the arrogant man, drawing Rob's attention, along with that of most of the room. Rob hadn't realized that everyone "selected" for this program had been a lifer or sitting on death row. That certainly didn't bode well for--

"So there’s only one reason I can think of for us being here. We’re lab rats.”

Rob shifted to get a better view of Ryan. Maybe the inmates who were closer to their thirty days--or who'd known inmates who'd been freed after their term--could give them some tips on how to make it through in one piece.

[heaviside]: check out the next page--there's also the old guy
[heaviside]: well, "old"
[heaviside]: file says he's a "rigger"
[heaviside]: had to read that carefully a second time, lmao
[heaviside]: wikipedia is telling me they put up lights and sets and shit for big concerts
[heaviside]: seems pretty regular, compared to mob bosses and uranium thieves
[heaviside]: think it's coincidence that we got a high proportion of high profile/big time criminals here?
In D-CLASS → 3 yrs ago Forum: Casual Roleplay
[@Stekkmon] do you want us to keep our D-class and hacktivist posts paired, or can we post updates from them individually? (like if my hacker doesn't have anything to say, can I leave out any contribution from him in a Rob post and vice versa?)
In D-CLASS → 3 yrs ago Forum: Casual Roleplay
A delicate handshake, involving far more "hand" than "shake". Something white-collar, maybe? Best not to make assumptions. Rob sat down again, Claudette next to him, and picked at the last crumbs of bacon on his tray. Rob wondered at her cool nonchalance--as though she were mingling with senators at a cocktail party, rather than making conversation over powdered eggs in a high-security mystery prison. "Hard to say. Were we chosen somehow, or do they just take anybody who signs up? Because if it's the first one, we might be doing some kind of work related to our skills, but if it's the second one, it's probably something horribly dangerous or unsanitary. Or both."

Curiosity got the better of him after a moment. "What did you do? Before you wound up here, I mean. Not asking what you did to wind up here, 'course. If you don't want to say that's fine by me. Only you seem a bit... upper-crust for this sort of establishment."

[heaviside]: "psychos"? whoa hold up
[heaviside]: reductionist language dehumanizes people, it's how the Foundation deals with their human meatgrinder
[heaviside]: only calling the D-class by numbers instead of names, like animals
[heaviside]: language matters, yo
[heaviside]: (and if ONE MORE PERSON makes a joke about my psychology degree i swear to dog i'll murder all you psychos)
In D-CLASS → 3 yrs ago Forum: Casual Roleplay
Strange. Rob considered himself no better than average at reading people, but at his previous facility, social interactions had always been flavored by grandstanding and controlled hostility. But here... the ease of the loud conversants a few tables over seemed genuine as far as he could tell, although this Ryan person seemed to have some minor seniority over the others somehow.

"Is this seat taken? Just because we're in some odd, and likely illegal, test facility is no reason to be strangers with another."

Rob swiveled to face the newcomer, a petite woman about his age, and stood up to offer a handshake and a smile. "Hey, that seat's all yours if you want it. Just transferred in last night--you know, I thought I was done with high school, but here I am again, feeling like it's lunchtime on the first day of freshman year." He shook his head with a rueful grin. "I'm Rob. You?"

He'd stopped actively listening to the boisterous debate ongoing to his left, but his ears perked up a bit as it took on a sour note. He glanced over his shoulder, briefly meeting the eyes of a dark-haired newcomer whose demeanor radiated contempt.