Master of the New Dawn 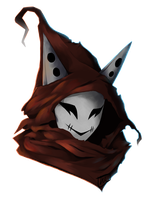 Personality: Draco is often seen as a loner. He usually keeps to himself ad doesn’t want to meddle with peoples affairs. However, those who are known to him know that even though he is often quiet, he is quite humorous and caring of his friends, often protecting their name. He is serious about his study and is often on time, if not early on all his assignments. Draco is also super intelligent, often making work easier, he doesn't like to flaunt his intelligence to everyone however.

Biography: Draco's parents were both a Mage and a Familiar, famous, or rather Infamous. His parents were known for their connection to the Underground magic world and was said to be two of the most dangerous duo in the magic world. Wealthy and powerful was a potent combination. To the surface and to the public eye, these two were all the right things, but to those who knew where to look, knew that they were shady mob bosses. Draco was subject to a horrific child hood, one in which no one knows about and he hates to even mention his past.

Because of how he was raised, he hates himself and his parents. He would often try and rebel and was severely punished for his behavior, this only fueled his growing hatred of his family. Their was one person in the family however, who Draco couldn't live without. That was his uncle Kalo, a man who too was in the family business, but tried to keep Draco out of it, and would often stop the beatings his father would inflict.

Now that Draco is away from his parents, he swears to live his life differently from his criminal family, he wishes to be strong enough to hold hos own against his father and to take down the business, once and for all.

Quiz Answers:
1. What is your character's dream career? Draco has no dream career, he only wishes to take over his fathers business to legitimize it or kill it. Other than that, he wishes to continue his passion of writing and painting.

2. Your character is caught telling a lie/cheating. How do they react? Draco would try and persuade the catcher that it isn't as bad as it may seem.

3. Your character finds out someone close to them has been lying to them. How do they react? Draco would confront them and get an explanation, if it doesn't meet his standards, he will immediately cut them out of his life

4. If your character were given $50, what would they do with it? Buy new writing/painting utensils

5. Someone close to your character gives them something very important and asks them to hold on to it until they come back. However, your character somehow loses it. What do they do? Draco would explain what happened and tell them that he will owe that person, no matter what task.

6. Your character is given the chance to perfect any one talent. What do they choose? Painting

7. What is your character’s favorite book or movie genre? Why? Military, as it can really show the genius that goes into tactics.

8. Who does your character admire/look up to? Uncle Kelo, the man who has protected him from years.