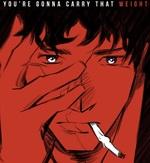 2 yrs ago
Current Boo
4 yrs ago
To whom it may concern: I’ll try to get some posting done soon. Life’s been a tad rough as of recent.
1 like
4 yrs ago
Apologies to those waiting my response! Last few days, and a couple more, i've had little freetime!!
1 like
4 yrs ago
Freetime? What's that?
4 likes
4 yrs ago
Playing some D&D 5e tonight, and sunday! Expect less activity from me! I'll try and get some posts out saturday though!
1 like

Zion stood not incredibly far from the action between Mori and Aya. Words being exchanged falling on unfocused ears as the Lion stared somewhat blankly at the fire-villain. You see. Zion was about to head for the lazer-shooter. Yet froze when eyes landed at the palms of the fire-quirk user. Memories and visions of prior times, growing up in Africa, flashed through the lion's mind as he momentarily lost track of where he was. Shaking his head, regaining his bearings, Zion turns to narrow attention onto the dust cloud dissipating around Aya and Mori. Hopefully this didn't damage his allies too badly. Yet with Mori's likely high-level hearing. Zion had a feeling this could pack a punch for the wolf-kid.

Goal of this action was to, possibly, phase Mori long enough to give Aya the chance needed to take him down using her quirk. A bonus would be if the wannabe hero didn't manage to land an attack because of this idea. Deeply inhaling, staring into the sky, Zion performs a roar as loud as he could. Echoing through the area the loud noise boomed. Far higher in volume than any ordinarly animal could muster, at the stake of his voice. A grunt followed the Lion's action as vocal chords were heavily strained. A hand even going against his throat after performing the act.
In My 'Hero' Academia - Devil's Due → 4 yrs ago Forum: Casual Roleplay
Last few days have been very busy, I’ll try to get my post out this evening.

On the bright side, I got to see the my hero academia: two heroes movie in theaters last night. IT WAS AWESOME
In My 'Hero' Academia - Devil's Due → 4 yrs ago Forum: Casual Roleplay
Lord Zion
@vancexentan & @LemonZest1337

Failure to strike the target, Mori, behind self didn't come as a surprise. The grapple on wrist was another story. Hearing Aya's words, to switch, was another unexpected turn of events for the lion. Zion's volume was loud as he spoke, tone stern. Immediately Zion grabbed onto Mori's hand, if possible, the very same hand which held onto the lion's wrist. Then swung the arm which Mori held onto, not caring if the attack being made against him followed through. Merely hoping to drag, or throw, Mori closer to the direction of Aya. Movements of the lion happened after he said the word, now...

While the lion swung in attempts to throw Mori. Zion began pivoting on a heel. Not only to gain better vantage for throwing the boy, but also ready self for a grapple attempt in case Mori simply let go. As for the lazer-boy. Mori proved difficult to ignore, thus the Lion decided this method of action was best. Next, he'd deal with the lazer-boy.
In My 'Hero' Academia - Devil's Due → 4 yrs ago Forum: Casual Roleplay
Lord Zion
@vancexentan & @LemonZest1337

Unable to turn mid-air, or change flight path, Zion merely braced for impact. Arms covered face as a weak snarl escaped the lion's maw. Zion collided with several, if not all, of the rocks. Luckily for the lazer-boy impact from the stones caused Zion to land before the target intended. Once Zion landed on the ground Mori performed the attack, a slash, against the lion's back. Soon as Zion felt the claw scrape against him, Zion spun and brought his own claw back towards target. Zion aimed the attack for the wolf boy's shoulder, or side, furthermore hoping to grab the wannabe hero. If successful, Zion planned to bring Mori between himself and the lazer-boy.

"Turn meh back? Dey call meh teh Iron Lion for a reason. You've been baited, boy. I merely brought jah where I need jah..... Cocky brat."

Several bouts of flame, no matter the amount of control, whizzed past the Lion. Zion's previously enraged attitude stifled as a more solemn, cold, almost frightful look dominated his expression. Zion didn't even attempt another strike or followup assault to Mori as distance between them was created. Golden hued gaze of the lion merely bouncing from Mori to Aya as the Lion tried to still his nerves. Before fully regaining his bearings, before starting another action, the fire villain spoke. Only to have Zion respond harshly.

"I can toast'em if you want big guy."

Attention focused onto Aya. Seeing the medic, alone, nearby two enemies made him uneasy. In fact by the time Zion finished saying the words 'got it', obviously perturbed by the use of fire, Zion was leaping into action. (Quite literally) Crouched to the ground. utilizing all four limbs and his strength, Zion propelled himself towards Aya. Aiming to land atop the boy who could fire lasers, claws out and ready to strike. Completely disregarding Mori and leaving him to the fire villain, or to deal with later.
In My 'Hero' Academia - Devil's Due → 4 yrs ago Forum: Casual Roleplay
I will post sometime tomorrow. Been feeling ill the last few days.
In Naruto - Rise of the Red Cloud → 4 yrs ago Forum: Casual Roleplay
We meet again! Honestly, i'm extremely tempted to join this @vancexentan. Though i'm unsure if the idea is wise on my part. I am afraid if I join this, i'd be spreading my freetime a bit thin. So i'll merely make a note that i'm interested now. Hopefully enough people fill the ranks of this RP that I am not needed. However if you are in need of another player, badly, then i'll definitely work it out so i can join!
In My 'Hero' Academia - Devil's Due → 4 yrs ago Forum: Casual Roleplay
Lord Zion

"I don't care if you have a pack with you I'm the strongest lone wolf that U.A has to offer!" growled Mori as he bit viciously into Zion with his sharp teeth shaking his head to worsen it. Even if it wasn't that deep the sharp fangs of a wolf shredding into flesh were bound to be painful.

Zion didn't even take note of the fire being expelled by the fellow villain as he roared out in pain due to Mori's retaliation, the claws into arm, sharp fangs viciously sinking into flesh. Though after the abrupt sound escaping Zion, laughter filled it. Golden eyes glaring upon the wolf boy, voice unwavering and bleeding with pride and confidence. This was not ideal, but at least the foolish boy fell for his trap. Now close up and personal for an extended period of time Zion could easily take his one open hand and rake his claws across Mori's face hoping to damage his eyes as much as possible. If he caused enough damage this way, Mori could risk blindness, which would be quiet the problem for the up and coming heroes future. If other hand was able to, though it was grapled by Mori, Zion would bring the hand against throat and clench against it. Hoping to stabilize the thrashing maw of the wolf-boy, along with hinder air supply. However, Zion prioritized clawing Mori in the face, against his eyes, above all. Talking as he did so, as he glared intently upon Mori. Zion shouted loud enough, in hopes the other heroes heard his voice and realized the trouble their wolf-friend was in.

As one hand attempted to grab throat, other hand clawed against face. Foot of the lion harshly kicked forward. Zion didn't care if he hit between the wolf-boy's legs, or against his stomach. There is no such thing as a 'fair fight' after all. Zion was merely working to break this supposed 'lone wolf' down piece by piece. Zion would of went for a claw strike against throat, but orders existed to not kill any of the students. Hoping to rely on his greatest attribute, his durability, Zion placed his bets on lasting longer than the wolf in this charade. But deeply wished to get this part done, so he could move on to help with the next brat.
© 2007-2017
BBCode Cheatsheet