STATUS: If you want to view paradise, simply look around and view it. Anything you want to, do it. Want to change the world? There’s nothing to it. 7 yrs ago 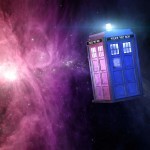 7 yrs ago
Current If you want to view paradise, simply look around and view it. Anything you want to, do it. Want to change the world? There’s nothing to it.

Vivian listened as the crew said something about a white haired girl causing trouble and he wondered if it had been a rescue attempt. And then he wondered what happened to those born with such a shade of hair when they got older. Surely their hair couldn’t get any whiter. Perhaps he’d ask Nikko when he got back. But he had Gol D Roger’s life to read. Has it been fifteen years since Luffy and his gang of misfits came to Alabasta so long ago? And hadn’t Ace been here too? Curious. That fact slipped from his mind though, as most things did for young aristocrats.
In One Piece: The Next Voyage → 3 yrs ago Forum: Casual Roleplay
It’s fine I took my time after all
In One Piece: The Next Voyage → 3 yrs ago Forum: Casual Roleplay
I changed the reply I hope it makes better sense and again I sincerely apologize.
In One Piece: The Next Voyage → 3 yrs ago Forum: Casual Roleplay
I thought they were both on the docks? I’m sorry I got confused somewhere. I can change my reply if need be, just give me some time
In One Piece: The Next Voyage → 3 yrs ago Forum: Casual Roleplay
Caitlyn was caught around the waist as the color once more returned to the girl’s eyes, she took a breath and then used a particularly horrible foul word that took into question Nikko’s mother. It was something she’d learned from the other ladies. She had to get stronger. She would learn just what her abilities were, and how best to apply them. ”You’re right Balthier. But we shouldn’t stay here. A marine is here and I don’t want to spend the first part of my journey behind bars. Or ever. I know where we could lay low, if you wanna come with. I know you have business, but we all need to stay clear for the moment.” She stated having a much cooler head now. She floats to the docks to cool down her assassin, creating a continued downfall of fresh cool water, sensing the salt diffusing her abilities. “The first chance we get in finding you a Devil Fruit, you eat it.” She ordered.

Lexi formed a weak cheeky grin. “How easy will it be to find one? Sure you might have found one somewhere in the middle of the desert, but they aren’t that easy to find. Nor do they come cheap when one is on sale or winner takes it. I can’t wait until that red head finds out two facts: what happens when a person born with white hair goes through when one gets older, and exactly whom he let slip by his fingers.” The last fact was said softly just so Caitlyn who was close could hear. Caitlyn looks at Lexi and nods only once. The assassin knew, and wasn’t about to tell anyone about it. Not until Caitlyn herself did. Besides it wasn’t like Lexi could go to the Marines. She had a bounty whereas Caitlyn had none so far.

And I’m sorry about the feelings I’ve left behind. It’s a bit of a mess.

If we like we can wipe this slate clean?
In One Piece: The Next Voyage → 3 yrs ago Forum: Casual Roleplay
She’s using some of her transformation into water and the air currents to reach them as fast as the air can carry her. She may not be on the ship itself, but perhaps a bit of her ability over water poured over Lexi. That or the Assassin is a bit delirious with the heat
In One Piece: The Next Voyage → 3 yrs ago Forum: Casual Roleplay
If asked later how Caitlyn could tell what exactly was happening, she would probably answer her observation Haki helped, but as stated it may work with distances but was better closer to the girl. Her eyes lost all sense of color as she projected the power that was hidden inside as well as herself upward, traveling as fast as the wind could carry her. “DON’T YOU DARE!” The Commander’s Haki forcing those of lower mind sets to fall over in helpless piles.

Lexi’s knees hit the deck as both the heat and the pressure of the girl’s Haki pushed at her. She had a strong constitution having a tough school herself, the heat having dried out the sea salt on her skin, the covering of said salt being the only thing saving her life at the moment. “Bleeding family of D’s packing all sorts of surprises.” She mutters unable to comply with the red heads demands, when cool water pours over her over heated skin. Caitlyn had made it then. And she was still exerting her will without realizing she was doing so.
@Reflection
In One Piece: The Next Voyage → 3 yrs ago Forum: Casual Roleplay
Or towards his chest to avoid the hit if only barely. So her back might be turned on him a bit if her arm is still in his hold
© 2007-2017
BBCode Cheatsheet