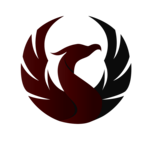 Joseph sat in his office reading the newspaper, the budget had passed. without the need for his intervention he added and chuckled to himself. He continued to read about how prices of oil were increasing which was good news for the country but didn’t interest him much, all though he did want to increase his wealth. Instead he focused more on the smuggling operation happening to the south. He had requested for his men to handle the situation but the president instead was going to the minister of defense, the former cartel boss .He was unsure where her loyalties lay but in order to maintain the relationship he had been building with the president he subsided. He called in his Deputy Antonio who arrived minutes later. “Antonio, begin the recruitment of another unit of police ” he hushed, making sure others couldn’t hear me.

Antonio nodded and began writing out the details such as some names of new recruits and the new name, there was already Task Force Alpha and Task Force Hunter. The new one would be called Task Force Phoenix. “Antonio, I also want TF Alpha to head southwest to the province of Carantas. The province has a good central location to the outer west provinces and would be a good place to set up. Furthermore, once TF Phoenix is up and running I want them moved to the east to the province of Urganus first and then have them move to the coastal province further eastward (Tartenus). Should the military fail I want our many ready to jump in and finish the smugglers.” Antonio nodded “Anything else sure? Shall TF Hunters maintain position in the capitol?” Joseph nodded and then waved him away.

After Antonio left, Joseph stood up and headed outside his office to the balcony. He had a beautiful view of the city and more importantly of the ocean. Money couldn’t even begin to buy a position like this, he was doing something far greater with plans. He smiled and smelled the cool breeze of change.

Joseph smiled as he sat down, for he was once again in his natural habitat. Of course his new president was in charge, in Joseph’s mind he had done the hard and dirty work and he was rewarded as he knew he would be. His mind was calm and collected as usual and he called for his deputy secretary to enter.

Within minutes his deputy secretary of security, Antonio Gonzales entered with a briefcase filled with files and reports. He also had a copy of the budget to show Joseph “Secretary Hernandez, I’d say welcome back but we both know you never really left. Nothing’s changed with our department, however our new President has already proposed a budget.” - Antonio set down the budget in front of Joseph - “ While it was unusual that they didn’t wait to see what we or the other departments requested. Our analysts believe that the two billion submitted for our department should be enough to do what we need to do. However the President suggested providing additional money to the Minister of Transport and they believe that’s far greater than needed. I would suggest bringing this up to them. But otherwise everything seems suitable.”

Joseph nodded slowly looking over the budget, specifically his security budget. 2 billion gave him options. However he had spoken to the other ministers about their budget concerns. While he didn’t agree with the budget given amount with each ministry. He wasn’t going to upset the new president after he just gave him his job back. “We’ll approve this budget. There is no reason for us not to, but perhaps next time we can edit it. To fill it out more accordingly. Now let’s see the briefcase, what chaos needs to be put down today.”
In Death, Oil & Paradise | Faction Based NRP | Banana Republic & Military Junta (with a twist) → 3 mos ago Forum: Nation Roleplay
@krismer22Yes and don't ignore the men in black suits and black cars that will be following you everywhere. Nothing to worry ---- GET HER NOW!
© 2007-2017
BBCode Cheatsheet