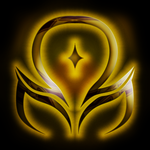 3 mos ago
Current new name, same piss poor time management
2 likes
3 mos ago
if you have a "craving", write a story on your own, that way when you inevitably lose interest and quit you're only wasting your own time
4 likes
1 yr ago
factory-engines roar like false lions, blood thunders in the dock-pipes
2 yrs ago
at this moment i would like to ackowledge my post count of 1234, which will never happen again
5 likes

i have a soundcloud where i don't make rap beats

ET was too tired for this. Not a minute in and Stardust had already given away that they weren't from the area. "Sit tight," he said, glaring at Stardust. Stomping over to the bar, he tossed a wad of bills at the robot barkeep. "Caffeine," he said, raising his voice above the noise. The pulsed in his ears, and although a few of the patrons had scattered when they walked in, it was still packed enough to make him nervous. He chugged the foul drink as he walked back to the table.

"Name," he growled, sighing as the drink took effect. As the man opened his mouth, ET cut him off. "And explain why we should trust you over another information broker. We're short on time, and I'm short on patience."

The man closed his mouth, blinked twice, then smiled, waggling a finger at ET. "I'll have to keep an eye on you, won't I? Call me Peterson. Patch, if you like. And you can trust me, because I haven't already called Law Enforcement about three supers waltzing into my turf." He must have read ET's face, because he rolled his eyes and shrugged. "Just an educated guess. A cybernetic freak walking in isn't uncommon, but a cybernetic freak walking in with two apparently normal people who aren't even the least bit afraid of the area? Only supers could have that kind of ego, am I right?"

So they were already made. Fine. Being superpowered wasn't a crime any more than augments were. "Good guess," he admitted, then settled down into a seat next to the man. "We were running an op as a favor, and nearly got bombed to high hell. Half the team died. You probably heard about it?"

"Ah, the shipper warehouse demolition. Totally legitimate, so I hear." Peterson took another bite of whatever he was eating--some kind of meat--and nodded. "There have been some whispers, yes."

"Yeah, great." ET put a hand to his face: the alcohol craving with the caffeine jitters was blurring his vision a bit. "Look, if you're as good as you act like you are, can you help us out?"

Peterson shrugged. "Sure can. Gonna need a favor of my own first, though." The balding man finished the plate, and a drone in a tuxedo silently shuffled it away--wait, a drone in a tuxedo? The thought vanished as Peterson leaned forward. There was a glint in his placid face that hadn't been there before.

"Three days ago, a drone flew out of the Steel Citadel." Seeing ET's blank face, the man sighed. "Nothing leaves the Steel Citadel. At least, not visibly. When Envoy wants something, the demands appear in the dirt, or in the sky, or on a piece of paper, whatever. But this time, one of my guys saw a drone leave from a window, fly across the dead zone, and into the Carolex Experimental industrial complex."

That was something ET knew. Carolex Experimental: one of the Big Six WorldCorpsTM. "You want us to break into the third-largest-megacorp-in-the-world's largest industrial complex to steal a drone...why? Sheer curiosity?"

Peterson laughed. "You're saving me all the trouble of explaining the job! You really are a superhero, saving the day." The man leaned forward and folded his hands together on his lips. "The contents of that drone are worth a fortune. Not just monetary, but legally. The dirt that might be inside that thing? It could topple corporations, if...leveraged properly."

ET wasn't sure if anyone else was about to talk, but he held up his hands anyway. "And you want us--three people--to what...knock down the walls? Skydive in from above?"

Peterson glanced at ET's hands and snorted. "I rather thought you might sneak in. I have an asset--quite brilliant, really--who is capable of removing himself entirely from the minds and memory banks of both humans and machines alike. He could be standing here with us, and we would never even notice. I also," he said, interrupting ET's interruption, "have a certain friend who, if we're lucky, might be on board. She owes me a favor. Several, in fact."

The man took off his shades and sighed. "Look, let me level with you. I know a lot of things, but when it comes to big jobs like this, it's hard to find reliable, enhanced help. My man is good at his job, but Carolex knows about his existence, and they have plenty of countermeasures for him as a one-man team. If I'm lucky, you'll have powers that can compensate for those shortcomings, and we might have a shot. I could hire a team as an alternative, but it doesn't come as cheap as this exchange of information. Get me what I want to know, and I'll get you what you want in return."

ET folded his arms, taking great effort to stop his eyes from closing. "One: I'd be very interested in meeting these 'assets' of yours." Addison's face flashed across his mind. "Two: if I agree to anything, part of the deal is that you help us bury our friend properly. Three: I don't speak for these two. They make their own decisions."

"That so?" Peterson raised an eyebrow, and a ghost of a smile touched his face. "But you've been speaking for them since you walked in."