the biggest dingus to ding

STATUS: When you are writing, have a smoke of that goodgood, and forget what you were writing about. media.giphy.com/media/k56oR… 1 yr ago 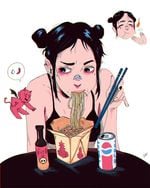 1 yr ago
Current When you are writing, have a smoke of that goodgood, and forget what you were writing about. media.giphy.com/media/k56oR…
1 like
1 yr ago
Ayo bois, first status here, all to promote my friends roleplay. Slice of Life + Magic = Funsies. Please join! roleplayerguild.com/topics/…
1 like Also, sorry if the quality is off. Let me know if I should change anything!
In The Darkest Minds Never Fade in the Afterlight → 1 yr ago Forum: Casual Roleplay

Time started to become irrelevant to Min-a, who did not dare count the days as they passed by. At first, Min-a couldn't find herself, unable to stop the voices of bystanders. The intentions of others were like a weight on her back also, and trying to carry herself got more and more tiring as the days went on by. Slowly, with many visits to solitary, she was able to learn how to focus on just one person, and more importantly, how to block everyone out. Finally, her own thoughts weren't as clouded by others and lots of her frantic outbursts due to the chaos in her mind started to slow down. She was no longer as unhinged as she was in the first couple of months, and she even became an integral part of helping protect those who she now considered her peers.

Feeling the intentions of others was an easy way to know when to step into a situation, and Min-a became a great distraction for those who needed it. Sure, she had a large target on her, but that was sort of the point. When she was in a room, attention fell on her quite a bit, allowing it to be easier for others to get away with their endeavors. She knew when to poke the bear and subsequently pull information while doing so. Min-a couldn't care less about the countless times she was sent away, at peace with the fact that she was helping someone, somehow. Still, it wasn't easy, and she realized quickly that no matter what she did, some people would always look at her the same. Orange.

Min-a lept from her bed, ignoring Jasmine and whatever shenanigans she was suggesting today. She didn't hate the girl, not in the slightest, however, the girl was so admirably positive through everything that it tired Min-a. Instead, she focused on the sinking feeling in her stomach, knowing this was a sign of something greater. Her eyes watched the other girls, trying to read if anyone of them was the reason for her uneasy feeling.

A blaring noise interrupted everything, and Min-a could suddenly feel it. Fear and anxiety erupted in the pit of her stomach, which did not match her own. It was nauseating, to say the least. Min-a subconsciously moved her hands over her ears, her entire body tensing as she readied herself for the impact of the white noise. Nothing. Was it true then? Did something happen to it? She had taken notice of the chatter among many Greens, and with what she good gather from them, something was amiss. They weren't using the white noise to the extent they had before, and it surely wasn't because of good behavior. Could something have happened to their beloved dog whistle?

Eyes now forward, Min-a stood up, straightening herself and readying for the moment. She watched as Annabelle and Alyssa stood near the door, and her impatient nature started to take in as Alyssa bent forward, fumbling with the lock on the door. She knew everything, including timing, was incredibly important and before Alyssa even said anything, she was beside her, hands out. Luckily, Alyssa had already relinquished her duty, dropping the paperclips into Min-a's hand. "I need someone who can blowback any guards to stand behind me," Min-a rushed, unsure if anyone would do as she said. She fumbled along with the now makeshift lockpick, her hands shaking and heart slamming against her chest. Then, a small click. A deranged smile erupted onto Min-a's face as she let out a small giggle, the door swinging ever so slightly open. Biting down on her lip, she pushed the door again, allowing it to show her and the other girls what was amiss. That was when they all saw it. The bodies. The fire. The swarms of kids fighting.

This. Is. It.
In Breaking Of The Elements → 1 yr ago Forum: Casual Roleplay 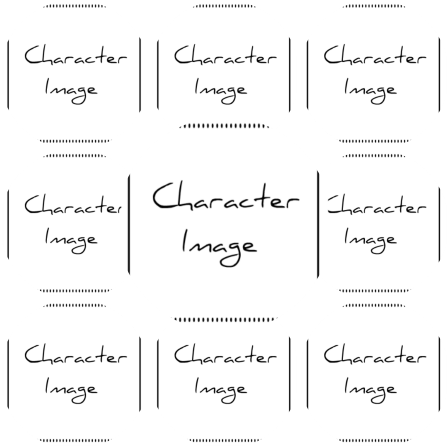 ＡＰＰＥＡＲＡＮＣＥ ＤＥＴＡＩＬＳ
☂ Hair & Eye Color ☂
Both are usually aqua, however, they will sometimes change varying her mood. This only happens if she is feeling extreme emotions.
☂ Height & Weight ☂
5'6" | 127lbs.
☂ Tattoo's & Piercings ☂
Has a blue Chinese dragon running up her left forearm, that moves up to the back of her shoulder/back.
☂ Other ☂
Slight curves, with a slender frame. Toned from dance and swimming.

ＰＥＲＳＯＮＡＬＩＴＹ ＴＲＡＩＴＳ
+ Intuitive + Witty + Imaginative +
- Escapist - Self-critical - Moody -
Eda is an incredibly passionate woman who often finds herself under harsh criticism by others and even herself. She loves to move to the beat of her own drum and hates to feel stifled and contained. While there are moments where she is calm in nature, there are also moments where she is, well, a storm. Like the water, it's hard to guess her next move, as she moves on whims, not planning much.

ＢＩＯＧＲＡＰＨＹ
While Eda was born in Norway, at the young age of seven she moved away to travel with her parents, Martine and Dag Dahl. Martine and Dag were able to retire from their jobs as teachers, as they won a large sum in the lottery. Due to this, Eda was well off and had a decent education, although her social skills were and still are a bit lacking.
Eda's family called her Fiske- a rough way in Norwegian to call her a fish- as she always felt a need to be around the water. As a toddler and even a child, she would refuse to leave the bath, and demanded that she wanted to go to a beach. Or a river. To maybe look at a waterfall. She needed and thrived in water, and her family quickly put her in swimming lessons in every country they visited. Soon, however, Eda started to notice things that others didn't.
First, it was the way she could hold her breath underwater, only having to come up when she had an inkling that her mother might worry. Then it was the way the water flowed exactly the way she wanted, never moving in a way that would be cumbersome to her. The final straw, however, was when she sat in the middle of an Egyptian desert, too lazy and unbothered to fetch herself some water. She sat, laughing, pretending to beckon the water from the canteen a few feet away. It moved as she commanded, coming towards her at full force, splashing her face with water. That was the day she knew she different, sitting soaked in confusion and, well, water.
Now Eda has moved back to Norway to finish her studies, although she is unsure of what she should declare as her major. Unfortunately, she won't really have time to figure out.

ＭＡＧＩＣ ＡＢＩＬＩＴＩＥＳ
Water Manipulation - Can move water as she pleased, even making it into odd shapes to dance for her.
Water Breathing - Not as much as actually breathing, but Eda can hold her breath indefinitely
Water Summoning - Can summon water from the skies, similar to rain. She doesn't know she has this ability.

ＭＩＳＣＥＬＬＡＮＥＯＵＳ
- Was born with aqua hair, and was even seen on many news outlets about the matter. She is considered a medical mystery, and many tests were done on er when she was young because of this. In The Darkest Minds Never Fade in the Afterlight → 1 yr ago Forum: Casual Roleplay
So sorry for not posting yet. I'm trying my hardest.